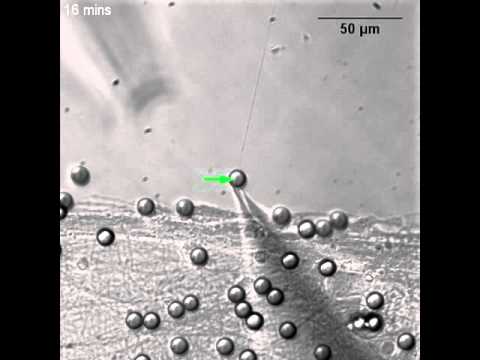 Scientists at McGill University have achieved a huge breakthrough in neuroscience – they have discovered how to make artificial neurons that are indistinguishable from normal human neurons and can be implanted to make new connections in the nervous system.

This is the first time scientists have managed to create new functional connections between neurons.

And apart from the fact that these artificial neurons grow over 60 times faster than neurons naturally do, they are indistinguishable from ones that grow naturally in our bodies.

“It’s really very exciting, because the central nervous system doesn’t regenerate,” says Montserrat Lopez, a postdoctoral fellow at McGill University who spent four years developing, fine-tuning, and testing the new technique. “What we’ve discovered should make it possible to develop new types of surgery and therapies for those with central nervous system damage or diseases.”

A TINY BALL AND A MICROSCOPE

Because neurons are about the size of 1/100th of a single strand of hair, it takes some very specialized instruments and a lot of careful manipulation to create healthy neuronal connections that transmit electrical signals in the same way that naturally grown neurons do.

The researchers used an atomic force microscope to attach a very small polystyrene ball (a few micrometers in size) to a portion of a neuron that acts as the transmitter, which they then stretched, a bit like pulling on a rubber band, to extend and connect with the part of the neuron that acts as a receiver.

“We would never have made this discovery if the people working in the lab hadn’t figured out that you had to avoid any quick or jerky movements when you move the newly made neurons around,” says Peter Grutter, a McGill physics professor and the senior author on the paper published in the Journal of Neuroscience. “Until they found the right way to walk the neurons across the lab, from the microscope to the incubator where the newly made neurons are left to grow for 24 hours, we weren’t having any luck getting them to behave the way we wanted them to.”

An even bigger challenge than getting the neurons to connect in the proper way, proved to be getting them to detach from the tool used to create them without destroying them in the process.

Eventually, the researchers figured out how to sever the connection and still preserve the functional neuron by releasing the beads.

Although it is now possible to create new neuronal connections, there is still much work ahead.

“The neurons we were able to create were just under 1 millimeter long, but that’s because we were limited by the size of the dish we used,” says Margaret Magdesian, a neuroscientist who is the first author on the paper and who worked at the Montreal Neurological Institute when the research was conducted. “This technique can potentially create neurons that are several millimeters long, but clearly more studies will need to be done to understand whether and how these micro-manipulated connections differ from natural ones.”

Republished from Futurity.org as a derivative work under the Attribution 4.0 International license. Original article posted to Futurity by Katherine Gombay-McGill.