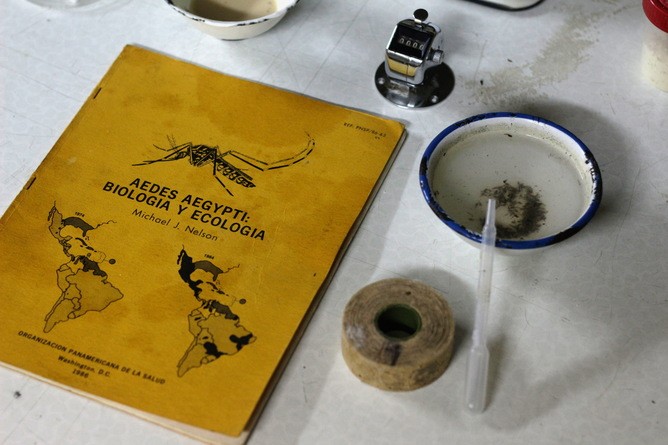 While researchers work to develop a Zika virus vaccine to combat the outbreak spreading through South America, efforts to control the spread of the virus are focusing on the mosquito Aedes aegypti.

This particular mosquito is especially good at transmitting disease from one human to another. Besides Zika, this mosquito is also a vector for dengue, yellow fever and Chikungunya viruses.

I’ve been studying Ae. aegypti – where it lives and how it behaves – for 15 years. Aedes aegypti is adapted to live in close proximity with humans, and this close association likely contributes to the severity of this outbreak.

Aedes aegypti in a location near you?

Aedes aegypti is an invasive species to the Americas. It originated in Africa, and is thought to have been brought over with the early slave trade ships in the 15th through 17th century.

This mosquito is found in tropical and subtropical areas, which include all of Central and much of South America. In the U.S. it can be found readily in the Southeast and some small pockets in the Southwest, but not in areas that experience cold or freezing temperatures and more pronounced changes in daylight.

Aedes aegypti is a daytime biter, which means it’s active when its preferred food choice – human beings – are out and about.

There are many species of mosquitoes, but not all of them spread diseases in people. Some prefer to feed on other mammals or birds. Ae. aegypti, however, prefers to feed on human beings. In fact, Aedes aegypti prefers human blood over that of other animals, which increases its ability to transmit viruses from person to person.

All mosquitoes are attracted to the carbon dioxide in our breath because it clues them into a live, breathing blood source.

Aedes aegypti females also detect odor cues from our sweat. They are attracted to the lactic acid and ammonia on our breath and skin, as well as the fatty acids secreted by the sebaceous glands at the base of our hair follicles (that would be the stuff that makes our hair look and smell oily).

Male Ae. aegypti feed on nectar and sugar, not blood, but they also can detect these odor cues so they can find potential mates that are hanging around humans.

[Article continues on next page]