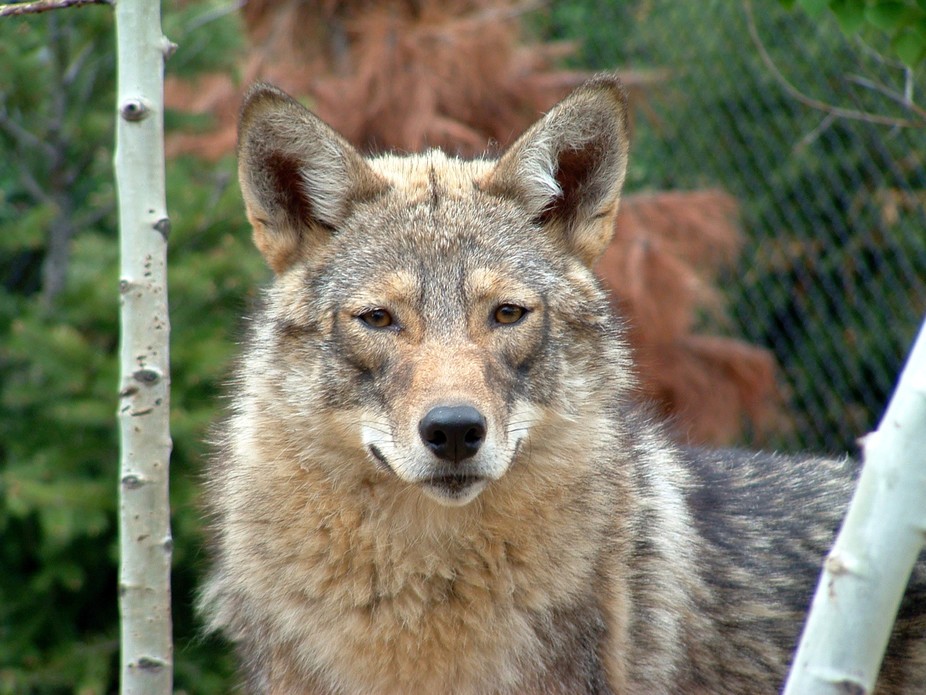 There is considerable debate and disagreement among scientists over what to call a canid inhabiting the northeastern United States. In the course of this creature’s less than 100-year history, it has been variously called coyote, eastern coyote, coydog, Tweed wolf, brush wolf, new wolf, northeastern coyote and now coywolf, with nature documentaries highlighting recent genetic findings.

Recently, Roland Kays penned an interesting article in The Conversation concluding that “coywolf is not a thing,” and that it should not be considered for species status. Interestingly, and perhaps ironically, the beautiful light orangey-red canid in the cover picture of that article looks nothing like a western coyote and has striking observable characteristics of both coyotes and wolves, as well as dogs.

Soon after, my colleague William Lynn (Marsh Institute, Clark University) and I published a meta-analysis in the scientific journal Canid Biology & Conservation that summarized recent studies on this creature and confirmed that what we call “coyotes” in northeastern North America formed from hybridization (the mating of two or more species) between coyotes and wolves in southern Ontario around the turn of the 20th century.

In the paper, we suggest that coywolf is the most accurate term for this animal and that they warrant new species status, Canis oriens, which literally means eastern canid in Latin. We based this on the fact that they are physically and genetically distinct from their parental species of mainly western coyotes (Canis latrans) and eastern wolves (Canis lycaon). They also have smaller amounts of gray wolf (Canis lupus) and domestic dog (Canis familiaris) genes.

The eastern coyote/coywolf in a nutshell

Before I describe why the coywolf is unique, let’s get a quick snapshot of the animal we are discussing.

The emerging picture of the coywolf is that they have a larger home range than most western coyotes but smaller than wolves, at about 30 square kilometers (about 11 square miles). They also travel long distances daily (10-15 miles), eat a variety of food including white-tailed deer, medium-sized prey such as rabbits and woodchucks, and small prey such as voles and mice. They are social, often living in families of three to five members.

In short, the coywolf has ecological and physical characteristics that can be seen on a continuum of coyote-like to wolf-like predators, but occupies an ecological niche that is closer to coyotes than wolves.

So why is coywolf a more accurate name?

Some argue that if the coywolf is predominantly coyote, then they should be called coyotes. Let’s analyze this claim.

Bill Lynn and I concluded that they are statistically different – both genetically and physically – from their parental species since the coywolf is about 60 percent coyote, 30 percent wolf, and 10 percent dog; thus, nearly 40 percent of this animal is not coyote. That, essentially, is why we recommend that they be classified as a new species, Canis oriens.

Kays’ article stated that “coyotes” in the Northeast are mostly (60-84 percent) coyote, with lesser amounts of wolf (%-25 percent) and dog (8-11 percent). However, the values of 84 percent coyote and only 8 percent wolf used a study (by vonHoldt et al. 2011) that has since mostly been discounted by subsequent papers since eastern wolves were not adequately sampled in their analysis.

Thus, based on our analysis, the claim that coywolves are predominantly coyote is untrue. While they may be numerically closer in size and genetics to coyotes than wolves, they are clearly statistically divergent from both coyotes and wolves. Taken from a wolf-centric viewpoint, I can see that they seem more coyote-like than wolf-like, but it is important to realize that a large part of their background is not from coyotes.

The term coywolf uses the portmanteau method (i.e., a word formed by combining two other words) of naming, whereby the first word (coyote) of the combined two (coyote-wolf) is the more dominant or robust descriptor of that term. It does not suggest that this animal is equally or more wolf than coyote as has been suggested.

Furthermore, I believe that the terms coyote, eastern coyote and northeastern coyote undervalue the importance of the eastern wolf – the animals that interbred with western coyotes in Canada in the early 20th century to produce the coywolf – in the ancestry of this canid. This naming effectively discounts that, for example, one-third of the population’s mitochondrial DNA (C1 haplotype) is derived from the eastern wolf and another one-third (C9 haplotype) is not found in most nonhybridized western coyote populations but is found in eastern wolves.

Given that the most up-to-date studies have discovered relatively small amounts of dog (~8-10 percent) in the coywolf’s genome, and dogs are closely related to wolves, it seems reasonable to keep ‘coywolf’ rather than ‘coywolfdog’ as this creature’s descriptor.

Hybridization is a natural process that can be greatly accelerated by human modifications to the environment, like hunting and habitat destruction – two key ingredients that paved the way for the creation of the coywolf.

Education efforts could actually use the hybrid coywolf as a model for science education and a flagship species for dynamic, urbanized ecosystems. While protecting natural habitat is vitally important to maintaining wild wolf populations, this isn’t possible anymore in many regions, such as much of southern New England. In these areas, any canid on the landscape is important – especially a hybrid one with genes from multiple species adapted to its environment.

In one word, coywolf quite accurately summarizes the main components of this animal’s background. Other species have far more names. For instance, cougars (Puma concolor) are also called mountain lions, pumas, catamounts and panthers, among dozens of other local names. To use the terms “eastern coyote” (or northeastern coyote) and “coywolf” as synonyms seems highly valid to me.

Is eastern coyote even an accurate term?

There is also the possibility that coywolves in the northeast will eventually become genetically swamped by western coyote genes from the south and west. Eastern coyotes from the mid-Atlantic area, which are more coyote-like and less wolf-like, have recently contacted the coywolf in the west part of its range, which could affect the makeup of the populations in the eastern U.S.

Thus, it remains to be seen whether this entity will remain distinct, which could influence future discussions of its taxonomy.

Why does it all matter anyway?

In the long run, does it really matter what we call this animal?

Science, at its best, is self-correcting, and new science often leads one in new directions. As biologists, we are charged with accurately describing natural systems, and for this reason alone it is important that we accurately characterize (and even debate about) the systems that we are studying. The more I investigate the coywolf, the more I realize it is different than other canids, including western coyotes.

Perhaps the most important finding from our recent paper is that new species status, Canis oriens, is warranted for this cool creature. While there may be continued controversy over the simple naming scheme of this canid, the premises in this paper better explain why coywolf is an appropriate term to use moving forward.