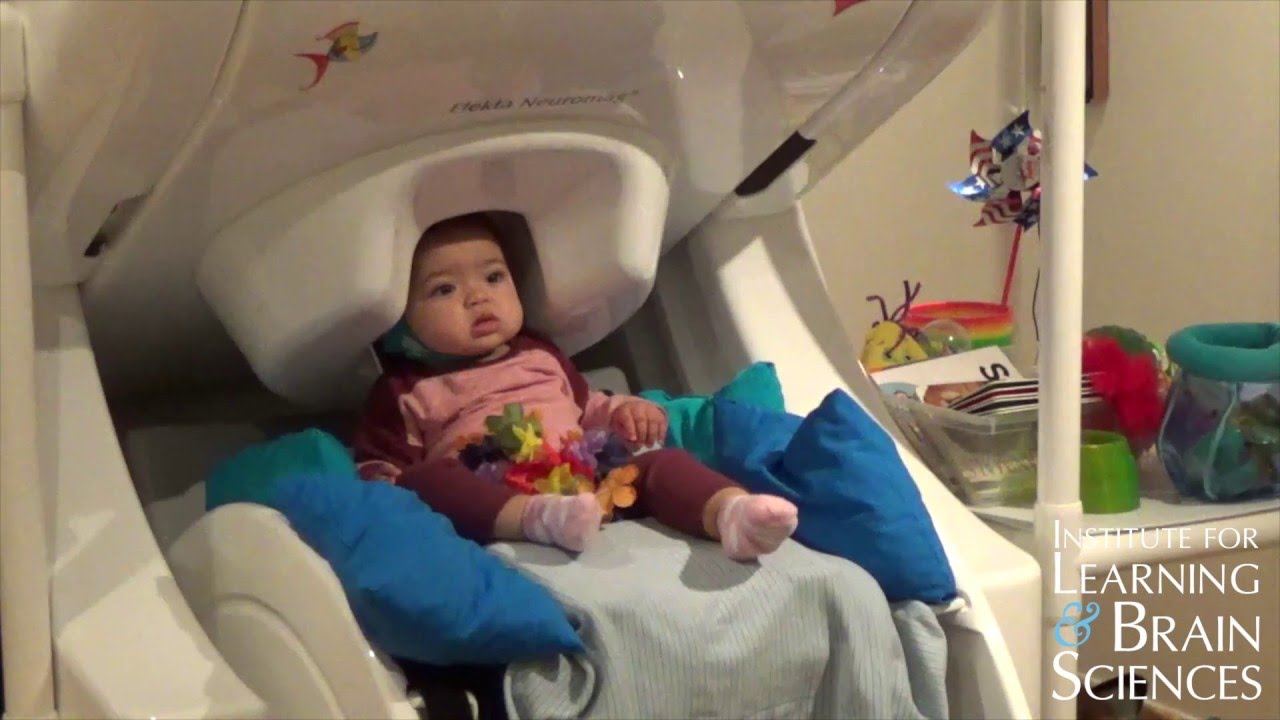 Any adult who has attempted to learn a foreign language can attest to how difficult and confusing it can be. So when a three-year-old growing up in a bilingual household inserts Spanish words into his English sentences, conventional wisdom assumes that he is confusing the two languages.

Research shows that this is not the case.

In fact, early childhood is the best possible time to learn a second language. Children who experience two languages from birth typically become native speakers of both, while adults often struggle with second language learning and rarely attain native-like fluency.

But the question remains: is it confusing for babies to learn two languages simultaneously?

When do babies learn language?

Research shows babies begin to learn language sounds before they’re even born. In the womb, a mother’s voice is one of the most prominent sounds an unborn baby hears. By the time they’re born, newborns can not only tell the difference between their mother’s language and another language, but also show a capability of distinguishing between languages.

Language learning depends on the processing of sounds. All the world’s languages put together comprise about 800 or so sounds. Each language uses only about 40 language sounds, or “phonemes,” which distinguish one language from another.

At birth, the baby brain has an unusual gift: it can tell the difference between all 800 sounds. This means that at this stage infants can learn any language that they’re exposed to. Gradually babies figure out which sounds they are hearing the most.

Between six and 12 months, infants who grow up in monolingual households become more specialized in the subset of sounds in their native language. In other words, they become “native language specialists.” And, by their first birthdays, monolingual infants begin to lose their ability to hear the differences between foreign language sounds.

What about those babies who hear two languages from birth? Can a baby brain specialize in two languages? If so, how is this process different then specializing in a single language?

Knowing how the baby brain learns one versus two languages is important for understanding the developmental milestones in learning to speak. For example, parents of bilingual children often wonder what is and isn’t typical or expected, or how their child will differ from those children who are learning a single language.

My collaborators and I recently studied the brain processing of language sounds in 11-month-old babies from monolingual (English only) and bilingual (Spanish-English) homes. We used a completely noninvasive technology called magnetoencephalography (MEG), which precisely pinpointed the timing and the location of activity in the brain as the babies listened to Spanish and English syllables.

We found some key differences between infants raised in monolingual versus bilingual homes.

At 11 months of age, just before most babies begin to say their first words, the brain recordings revealed that:

Here’s a video summarizing our study.

Is it OK to learn two languages?

This has important implications. Parents of monolingual and bilingual children alike are eager for their little ones to utter the first words. It’s an exciting time to learn more about what the baby is thinking. However, a common concern, especially for bilingual parents, is that their child is not learning fast enough.

Parents of bilingual children also worry that their children will not know as many words as children who are raised with one language.

To some extent, this concern is valid. Bilingual infants split their time between two languages, and thus, on average, hear fewer words in each. However, studies consistently show that bilingual children do not lag behind when both languages are considered.

Vocabulary sizes of bilingual children, when combined across both languages, have been found to be equal to or greater than those of monolingual children.

Another common concern is that bilingualism causes confusion. Part of this concern arises due to “code switching,” a speaking behavior in which bilinguals combine both languages.

For example, my four-year-old son, who speaks English, Spanish, and Slovene, goes as far as using the Slovene endings on Spanish and English words. Research shows bilingual children code-switch because bilingual adults around them do too. Code-switching in bilingual adults and children is rule-governed, not haphazard.

Unlike monolingual children, bilingual children have another language from which they can easily borrow if they can’t quickly retrieve the appropriate word in one language. Even two-year-olds modulate their language to match the language used by their interlocutor.

Researchers have shown code switching to be part of a bilingual child’s normal language development. And it could even be the beginning of what gives them the extra cognitive prowess known as the “bilingual advantage.”

Bilingual kids are at an advantage

The good news is young children all around the world can and do acquire two languages simultaneously. In fact, in many parts of the world, being bilingual is the norm rather than an exception.

It is now understood that the constant need to shift attention between languages leads to several cognitive advantages. Research has found that bilingual adults and children show an
improved executive functioning of the brain – that is, they are able to shift attention, switch between tasks and solve problems more easily. Bilinguals have also been found to have increased metalinguistic skills (the ability to think about language per se, and understand how it works). There is evidence that being bilingual makes the learning of a third language easier. Further, the accumulating effect of dual language experience is thought to translate into protective effects against cognitive decline with aging and the onset of Alzheimer’s disease.

So, if you want your child to know more than one language, it’s best to start at an early age, before she even starts speaking her first language. It won’t confuse your child, and it could even give her a boost in other forms of cognition.