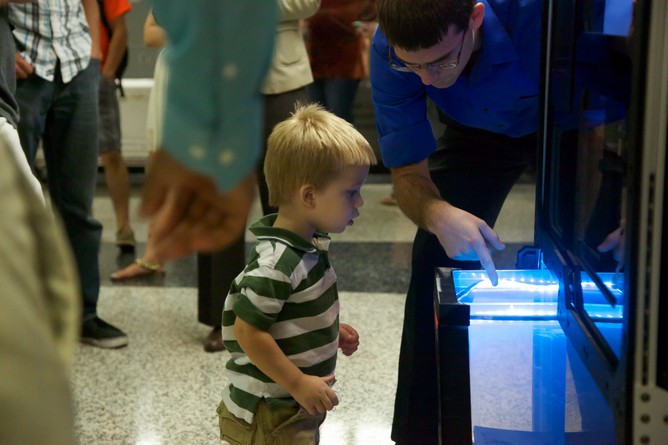 Mattel recently announced that it will release a US$300 3D printer for kids in time for the 2016 holiday season. With accompanying software that is specially tailored for young toy designers, the ThingMaker promises to introduce a new generation of innovators to the up-and-coming world of 3D printing.

Known in technology circles as “additive manufacturing,” 3D printing has grown into a $4 billion industry since it was first commercialized 30 years ago by 3D Systems. For most of its history, though, it has been out of the reach of typical consumers. Most industrial-scale 3D printing machines cost tens or hundreds of thousands of dollars and fabricate parts with materials that cost orders of magnitude more than those used in most consumer products.

Over the past 10 years, however, inexpensive personal 3D printers became more popular, starting with the wildly popular RepRap project in the U.K. and Fab@Home in the U.S. More than 100,000 desktop 3D printers were sold in the U.S. in 2014 alone, almost double the number sold the previous year. Even though these desktop machines are affordable and widely available, they aren’t always kid-friendly. Hot nozzles and plates and a variety of moving parts are exposed to the user, and maintenance often involves such consumer-unfriendly tasks as disassembling a clogged nozzle mechanism and leveling build plates by hand with precision screws.

If a machine like Mattel’s ThingMaker can avoid the downsides of other 3D printers and be truly kid-friendly, what impact might it have on our kids, the next generation of innovators?

For more than a year, my research group at the University of Texas at Austin has been running the Innovation Station, a 3D printing vending machine that we designed and built to provide open access to 3D printing on the university campus. After fabricating more than 1,000 parts, it gives us a unique window into the types of objects young people will fabricate when 3D printing is freely available to them.

Many times, the objects are not particularly creative. They are copies of objects that already exist. But students are still thrilled to hold their fabricated objects in their hands. Why? Sociologists call it the IKEA effect: the notion that we value things more when we make them ourselves, even if they are not as good as objects that experts could make.

Many parts could be made with another method (machining, molding, carving), but the 3D printer allows students to make the parts themselves with minimal training, fewer safety risks, no extra tools and, in some cases, much less time.

Children are likely to magnify that effect. They are even more excited to make things themselves and even more willing to overlook mistakes or imperfections.

We often find university students printing parts that they download from popular file-sharing sites such as Thingiverse and GrabCAD. Although many people print the parts directly as-is, others customize them in personal ways. One student printed a chess set with unique Texas Longhorn insignias embedded in the pieces. Another inscribed a pendant with a personal message.

A mini-statue: custom printing of action figures could be an early application.
Jurvetson/Flickr, CC BY

If kids adopt similar strategies, we are likely to see many incarnations of superheroes customized with an image of the child’s own face or self-styled jewelry that mimics the child’s favorite things. It could provide an opportunity for kids to take a break from experiencing technology in a purely virtual sense: instead they could experience the joy of actually making things – imperfections and all – as another aspect of the high-tech world.

How creative might these kids become in a 3D printed world of play? I predict that they will be very creative indeed!

Professional engineers who design and fabricate everyday objects draw upon a vast mental library of objects in the world around them. Existing objects provide powerful analogies for realizing brand new systems with unique capabilities – in the way that an umbrella mechanism or a bat’s wing could provide inspiration for a deployable sail on a fuel-efficient ship.

But experienced designers also fall prey to embracing the known instead of exploring the unknown – a phenomenon called “design fixation.” It restricts the creative mind to making use of designs it has seen. At present, nearly every design has been made with conventional (non-3D printing) routes.

As a result, it can be difficult for an experienced designer to think of ways to truly make use of the freedoms afforded by 3D printing. That in turn helps explain why there are very few examples of 3D printed parts that are truly designed for 3D printing; most are parts that could be fabricated in another way.

Among university student users of the Innovation Station, uniquely 3D printable parts are starting to appear. When completing course projects, students will often design parts that offer needed performance with geometries that could not be fabricated without 3D printing. They are freed from the complex web of rules that govern fabrication by more conventional means.

Young children offer an even more extreme example of innovators. They simply do not have vast mental libraries of technical solutions, and don’t know what can or can’t be made conventionally. They are, therefore, much less likely to fixate on existing designs and more likely to unleash their imaginations. If we give them this massive design freedom very early in life, perhaps they won’t design within the same constraining mental boxes that midcareer engineers struggle to escape. We could unleash a generation of engineers and creatives with unprecedented levels of creativity and 3D imagination.

Featured Photo Credit:Cockrell School of Engineering at The University of Texas at Austin, CC BY-ND