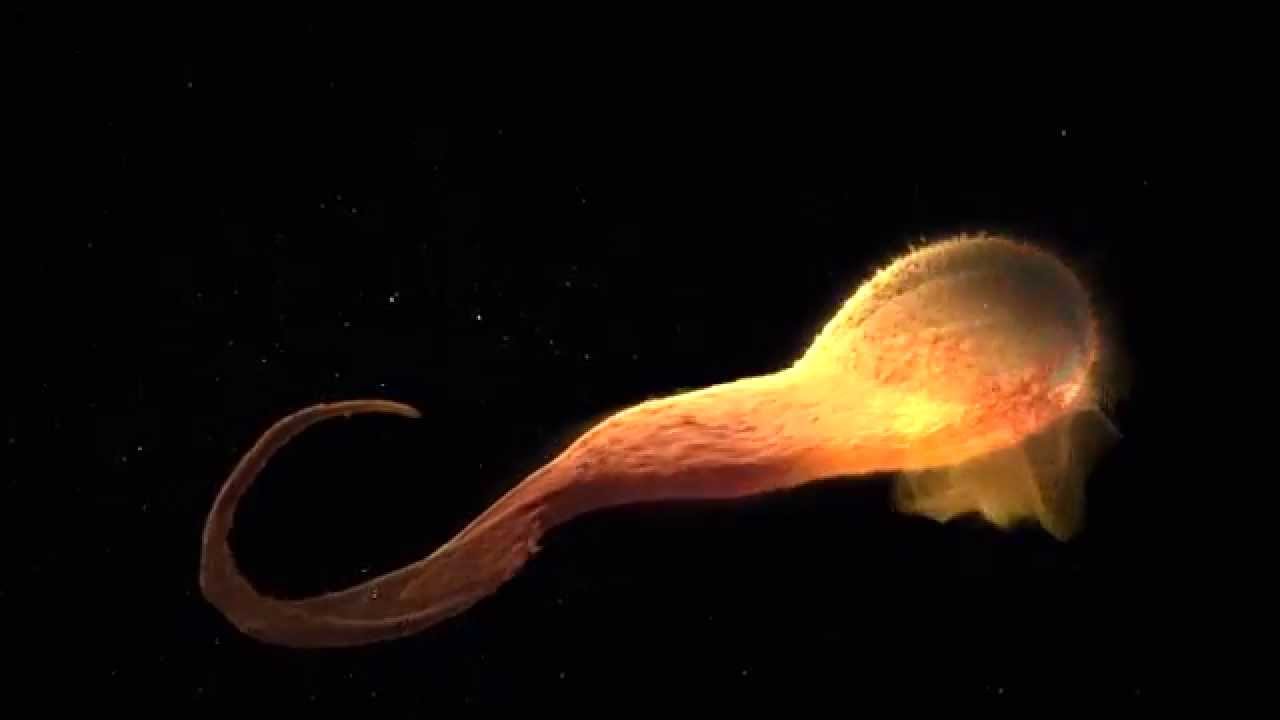 Astronomers caught a black hole tearing apart a star in the center of a galaxy about 290 million light years away from Earth.

The team used a trio of orbiting observatories that includes NASA’s Swift Gamma-ray-Burst Explorer to gather the data. They say the results offer an extraordinary opportunity to understand the extreme environment and events around a black hole.

After the star is destroyed, the black hole’s strong gravitational force pulls most of the remains of the star toward it. This infalling debris is heated to millions of degrees and generates a huge amount of X-ray light. (Credit: NASA’s Goddard Space Flight Center/CI Lab)

“Swift is uniquely equipped to make rapid-response observations to fast-breaking events throughout the universe,” says John Nousek, Swift’s director of mission operations and a professor of astronomy and astrophysics at Penn State.” This event occurred near a supermassive black hole estimated to weigh a few million times the mass of the Sun.

“The black hole is located in the center of PGC 043234, a galaxy that lies about 290 million light years from Earth. This event is the closest tidal disruption discovered in a decade.

When a star comes too close to a black hole, the intense gravity of the black hole results in tides that can rip the star apart. In these events, called “tidal disruptions,” some of the stellar debris is flung outward at high speeds, while the rest falls toward the black hole, causing distinct X-ray flares that can last for a few years.

In 2014, NASA gave its top ranking to the Swift observatory for all of its astronomy satellites other than two of its “great observatories,” the Hubble Space Telescope and Chandra X-ray Observatory.

After the star is destroyed, the black hole’s strong gravitational force pulls most of the remains of the star toward it. This infalling debris is heated to millions of degrees and generates a huge amount of X-ray light.

Soon after this surge of X-rays, the amount of light decreases as the material falls beyond the black hole’s event horizon, the point beyond which no light can escape.

Gas often falls toward black holes by spiraling inward in a disk. But how this process starts has remained a mystery. In ASASSN-14li, astronomers were able to witness the formation of such a disk by looking at the X-ray light at different wavelengths (known as the “X-ray spectrum”) and tracking how that changed over time.

Astronomers are hoping to find more events like ASASSN-14li, which they can use to continue to test theoretical models about how black holes affect their environments and anything that might wander too close.

These results are published in the journal Nature.

Source: Reproduced in from Futurity.org as a derivative work under the Creative Commons Attribution 4.0 International License. Original article posted by Barbara Kennedy-Penn State