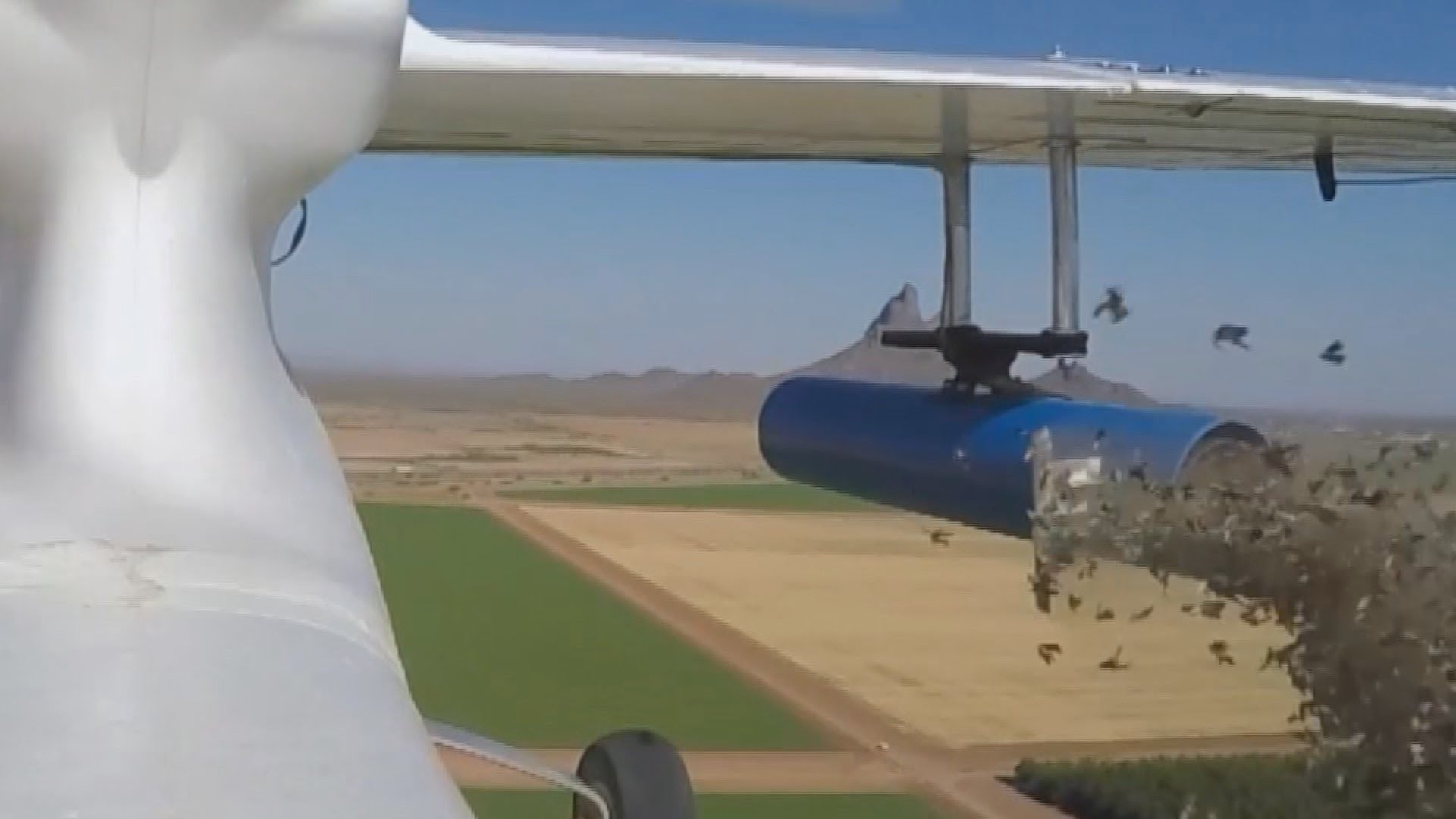 We’d bet that only someone who works for the USDA in whatever wacky division came up with this idea would be able to guess. And after our jaws dropped, the even bigger revelation was that this is not a new thing, but rather a new twist on a program that has apparently been going on for years.

We found a fascinating article on the Popular Science website that describes the USDA’s program to drop irradiated and therefore sterile moths into cotton fields to halt infestations:

Keeping moths away from cotton is typically seen as a good thing. But the United States Department of Agriculture (USDA) has other ideas. In a pilot program, they’re using drones to drop thousands of [irradiated] lab-grown pink bollworm moths directly onto the cotton fields.

Drones are a cheaper delivery method than the manual throw-moths-out-of-a-small airplane method that has been used in the past, so if the tests continue to go well, you might be seeing more moths flying out of drones in the future.

Check out this video from the USDA for more details. To be honest, it almost feels like it’s tongue-in-cheek, but no, really it’s not…