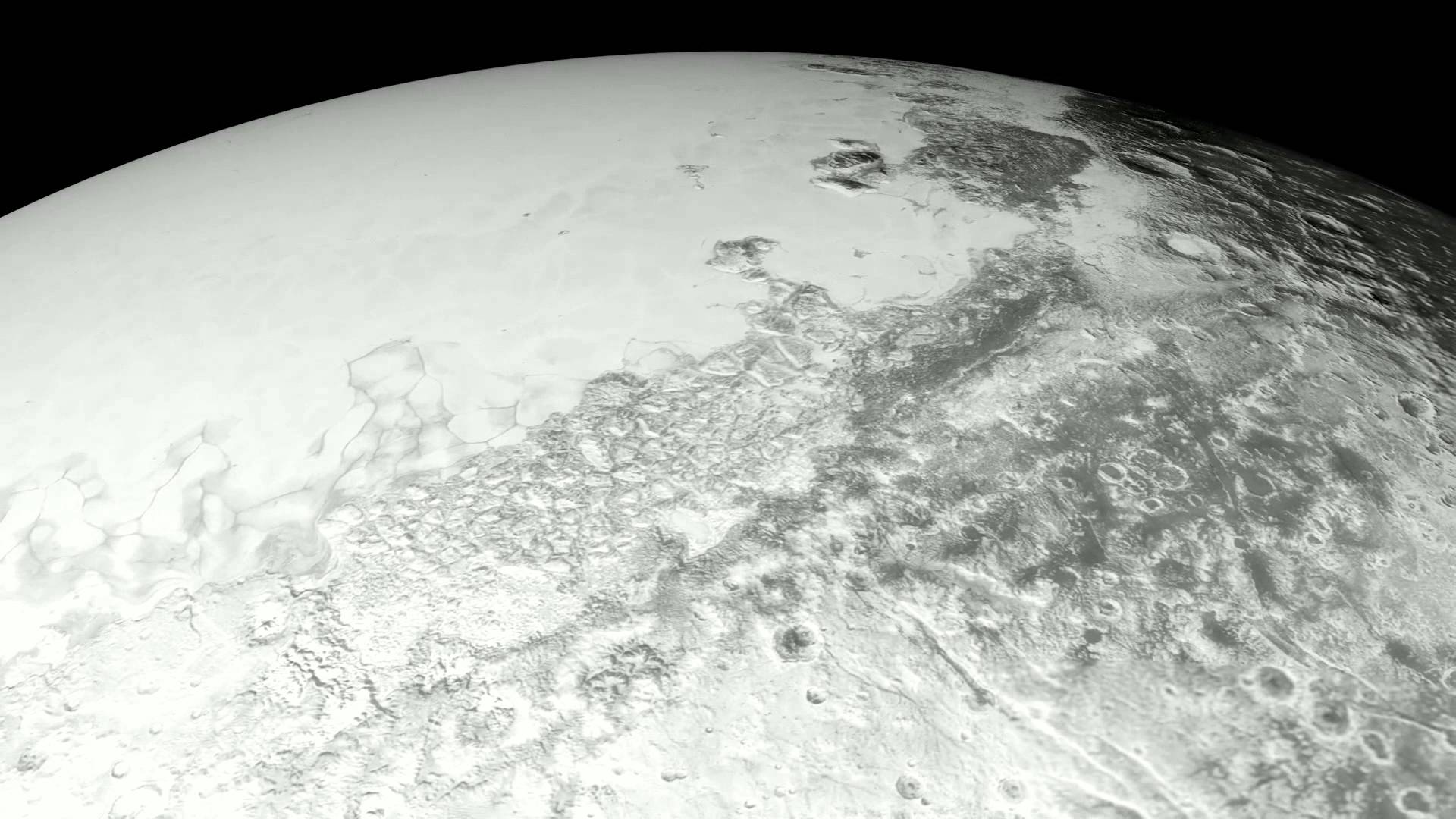 A scientist at NASA has compiled a number of the latest photos received from the New Horizons probe to create a stunning “Aerial Tour” of Pluto. Stuart Robbins, whose research focus is mapping craters on Pluto that were created by objects from the Kuiper Belt impacting the icy world, creates these amazing flyover videos to show the sheer beauty of Pluto by stitching together hundreds of photos and layering them on a virtual sphere to create a 3D effect. Check out this amazing video from the NASA collection on YouTube:

In Robbins’ detailed blog post on the NASA website, he explains how this “mosaic” was stitched together to create an amazingly realistic flyover:

The mosaic used in this animation was carefully constructed by New Horizons science team members with some of the latest images from the spacecraft to provide an incredibly accurate portrayal of Pluto’s surface. The mosaic starts with images of the “heart” of Pluto – informally named Tombaugh Regio – and the immediate surrounding area that are up to 400 m/px. The mosaic then includes other images of the hemisphere New Horizons flew over that are up to 800 m/px and were released last week. The rest of the mosaic that’s shown uses images at up to 2.1 km/px.

There are a lot more details in his post, which you can read on the NASA website.