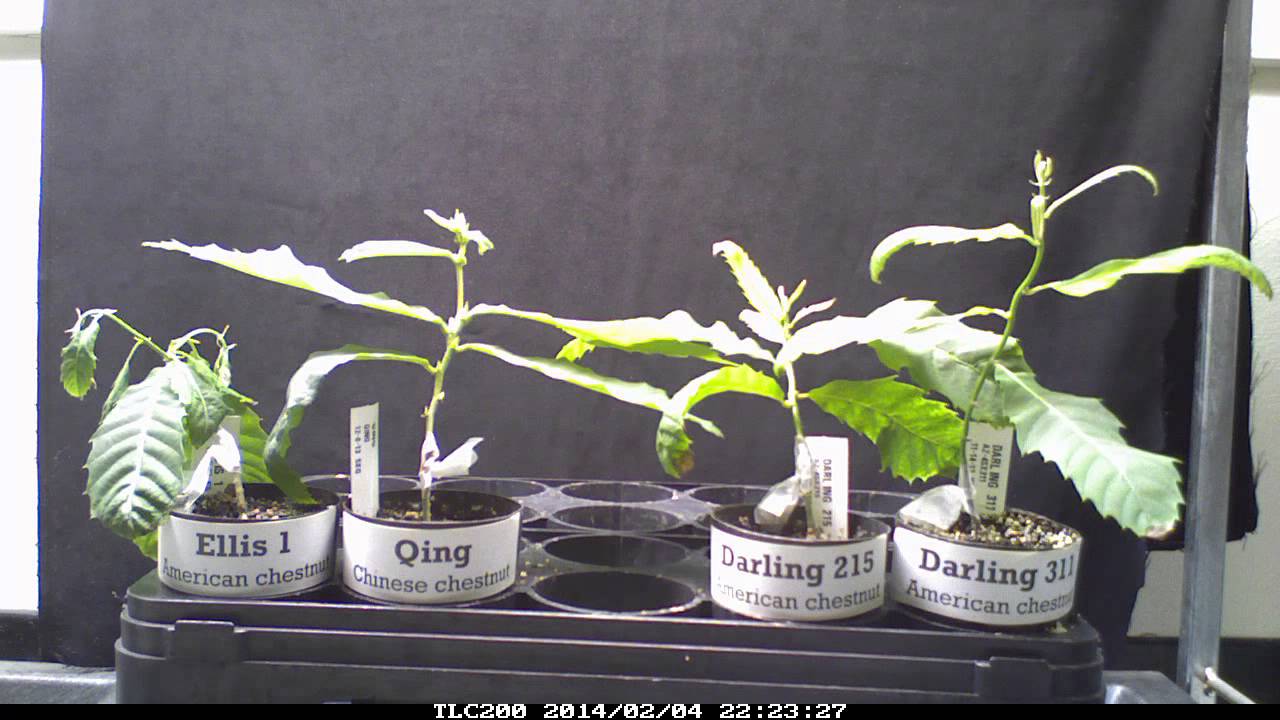 American chestnut trees were once among the most majestic hardwood trees in the eastern deciduous forests, many reaching 80 to 120 feet in height and eight feet or more in diameter.

The “then boundless chestnut woods” Thoreau wrote about in Walden once grew throughout the Appalachian mountains. They provided habitat and a mast crop for wildlife, a nutritious nut crop for humans and a source of valuable timber. Because of their rapid growth rate and rot-resistant wood, they also have significant potential for carbon sequestration, important in these days of climate change.

The species has a sad story to tell. Of the estimated four billion American chestnut trees that once grew from Maine to Georgia, only a remnant survive today.

The species was nearly wiped out by chestnut blight, a devastating disease caused by the exotic fungal pathogen Cryphonectria parasitica. This fungus was accidentally introduced into the United States over a century ago as people began to import Asian species of chestnut. It reduced the American chestnut from the dominant canopy species in the eastern forests to little more than a rare shrub.

After battling the blight for more than a century, researchers are using the modern tools of breeding, bio-control methods that rely on a virus that inhibits the growth of the infecting fungus, and direct genetic modification to return the American chestnut to its keystone position in our forests.

To restore this beloved tree, we will need every tool available. It’s taken 26 years of research involving a team of more than 100 university scientists and students here at the not-for-profit American Chestnut Research and Restoration Project, but we’ve finally developed a nonpatented, blight-resistant American chestnut tree.