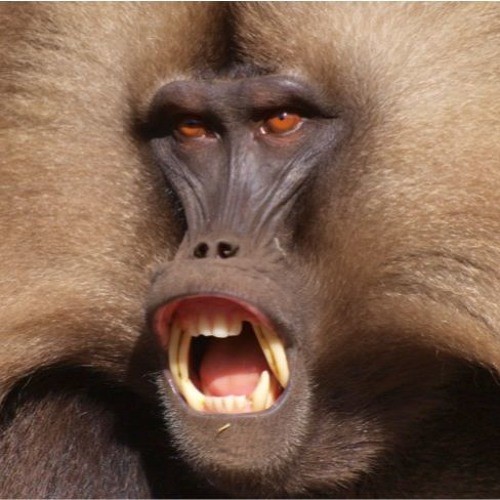 The long, complex vocal sequences of monkeys living in Ethiopia follow a pattern seen in many human languages: the longer the overall sequence, the shorter the sounds within it.

The linguistic pattern in humans is known as Menzerath’s law. According to the law, longer words tend to be made up of shorter syllables and longer phrases are usually made up of shorter words. The law had never been tested in the vocal communication of any other species.

Researchers led by Morgan Gustison, a University of Michigan doctoral student in psychology, and Stuart Semple, a professor of evolutionary anthropology at the University of Roehampton, tested this law in geladas, a species in which males produce long sequences of different calls—up to 25 calls in all—made up of six different call types.

They analyzed 1,065 of these vocal sequences (composed of 4,747 individual calls) recorded from 57 males living in the Sankaber area of the Simien Mountains National Park, Ethiopia.

The researchers found a negative relationship between the sequence length in terms of the number of calls, and the mean duration of the constituent calls. Calls did not vary in length according to their position in the vocal sequence.

“The findings of this work not only reveal a basic pattern of sequence structure shared by human and nonhuman animal communication, but may also have profound implications for our understanding of biological systems more broadly,” Gustison says.

Other researchers include Ramon Ferrer-i-Cancho at Universitat Politècnica de Catalunya in Spain and Thore Bergmann at the University of Michigan.

The findings appear in the Proceedings of the National Academy of Sciences.

Source: Republished from Futurity.org as a derivative work under the Attribution 4.0 International license. Original article posted to Futurity by Jared Wadley-Michigan.