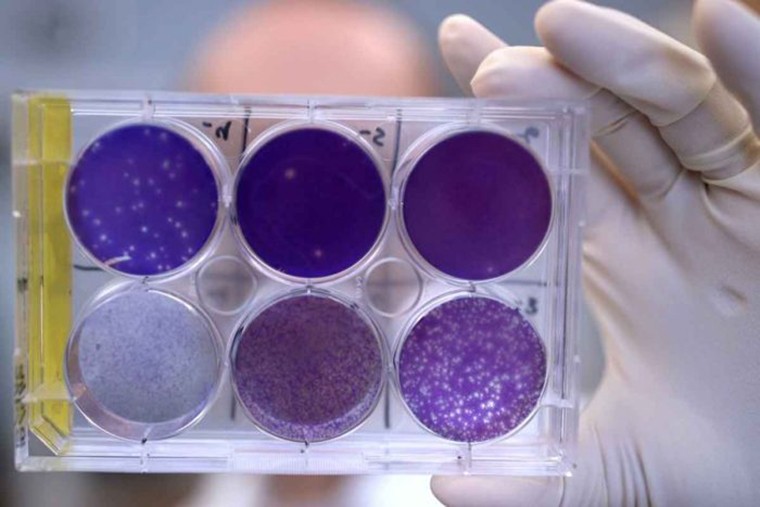 Researchers have identified a human antibody that prevents Zika from infecting the fetus and damaging the placenta in pregnant mice. The antibody also protects adult mice from Zika disease.

The most devastating consequence of Zika virus infection is the development of microcephaly, or an abnormally small head, in fetuses infected in utero.

“This is the first antiviral that has been shown to work in pregnancy to protect developing fetuses from Zika virus,” says Michael Diamond, professor of medicine at Washington University School of Medicine in St. Louis and the study’s co-senior author. “This is proof of principle that Zika virus during pregnancy is treatable, and we already have a human antibody that treats it, at least in mice.”

Diamond, co-senior author James Crowe Jr. of Vanderbilt, and colleagues screened 29 anti-Zika antibodies from people who had recovered from Zika infection. They found one, called ZIKV-117, that efficiently neutralized in the lab five Zika strains—representing the worldwide diversity of the virus.

To test whether the antibody also protects living animals, the researchers gave the antibody to pregnant mice either one day before or one day after they were infected with the virus. In both cases, antibody treatment markedly reduced the levels of virus in pregnant females and their fetuses, as well as in the placentas, compared with pregnant mice that did not get the antibody.

The placentas from the treated females appeared normal and healthy, unlike those from the untreated females, which showed destruction of the placental structure. Damage to the placenta can cause slow fetal growth and even can cause fetal death, both of which are associated with Zika infection in humans.

“We did not see any damage to the fetal blood vessels, thinning of the placenta, or any growth restriction in the fetuses of the antibody-treated mice,” says coauthor Indira Mysorekar, an associate professor of obstetrics and gynecology, and of pathology and immunology at Washington University, and co-director of the university’s Center for Reproductive Sciences.

“The anti-Zika antibodies are able to keep the fetus safe from harm by blocking the virus from crossing the placenta.”

The antibody also protected adult male mice against a lethal dose of Zika virus, even when given five days after initial infection. Zika is rarely lethal in humans, so using a lethal dose allowed the scientists to see how well the antibody works under the most stringent conditions.

“We stacked the deck against ourselves by using a highly pathogenic strain of Zika, and even in that case, the antibody protected the mice,” says Diamond, who is also a professor of pathology and immunology, and of molecular microbiology.

Support for a vaccine

A Zika vaccine is likely to be the cheapest and simplest method of preventing Zika-related birth defects. However, there is an outside possibility that a Zika vaccine could worsen symptoms in people who encounter the virus later. This is known to occur with dengue virus, a close relative of Zika. People who have antibodies against one strain of dengue virus get sicker when infected with a second strain than those who do not have such antibodies.

The phenomenon, known as antibody-dependent enhancement, has been observed with Zika in a petri dish but never in living animals or in epidemiologic surveys of people in Zika-endemic regions.

Nonetheless, the researchers tested whether they could eliminate the possibility of antibody-dependent enhancement of Zika infection by modifying the antibody so it could not participate in the process. The modified antibody, they showed, was just as effective as the original at protecting the placenta and fetus.

Until a human vaccine is available, it may be possible to protect fetuses by administering antibodies to pregnant women in an attempt to prevent transmission from mother to fetus. Under this scenario, a woman living in a Zika-endemic area would receive the antibodies throughout her pregnancy, starting when she first learns she is pregnant, regardless of whether she is diagnosed with Zika. Alternatively, pregnant women or their partners with acute infection could be treated with antibodies.

Crowe is continuing the process of developing the antibody as a potential therapeutic, ramping up production and laying the groundwork for human studies. Meanwhile, Diamond is focusing on determining whether antibodies could be used to clear persistent Zika infection. Together, they are working with others to gain a higher-resolution understanding of how ZIKV-117 binds the virus and inhibits infection.

“We know that Zika can persist in certain parts of the body, such as the eyes and the testes, where it can cause long-term damage, at least in mice,” Diamond says. “We showed that the antibody can prevent disease, and now we want to know whether it can clear persistent infection from those parts of the body.”

The study appears online in Nature.

Source: Republished from Futurity.org as a derivative work under the Attribution 4.0 International license. Original article posted to Futurity by Tamara Bhandari-Washington University.