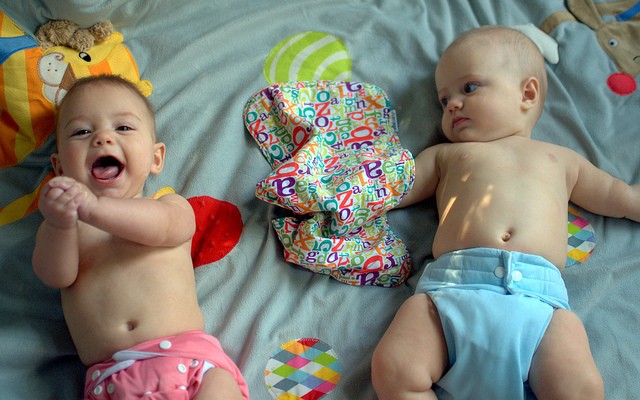 Scientists have discovered that a hormone with a major role in the development of a male fetus can, in early pregnancy, transfer into a neighboring fetus.

The research, conducted with pigs, suggests the hormone INSL3 has a potential influence on the development of both female and male twins.

“Until now there has been a general acceptance of the idea that the fetus is quite well sealed off from other influences inside the womb,” says Ravinder Anand-Ivell, associate professor at the University of Nottingham.

“What our paper shows is that this is far from true: a hormone can and does move from one fetus to another and potentially also to the placenta and to the mother. If we can understand more about the mechanisms of INSL3 we might also be able to translate these findings to the situation in human pregnancy and look at the probable effects of this especially on a female sibling when there are non-identical twins.”

If we can understand more about the mechanisms of INSL3 we might also be able to translate these findings to the situation in human pregnancy and look at the probable effects of this especially on a female sibling when there are non-identical twins.”

INSL3 is the only known absolutely gender-specific hormone. The male fetus secretes it during the very early stages of pregnancy. It is part of the primary sex determination cascade, where the Y chromosome first impacts the fetus which, until that stage, is relatively sexually indeterminate.

As far as we know, INSL3 is not made at all by the female fetus and only to a negligible extent by the pregnant mother, so it can act as a natural biomarker of a major fetal process—the development of maleness—in what is otherwise a very inaccessible period of pregnancy.

The research used pigs as a model so that the scientists could study several male and female fetuses in a single pregnancy and clearly show the transfer of INSL3 from one fetus to another.

“In the male fetus testosterone is important, but what INSL3 does is to promote some of the other features of maleness, such as promoting the testes to move into the scrotum. It may do other things as well but we still know too little about this stage of pregnancy,” says Anand-Ivell. “Similarly, we still know far too little about how these hormones may act in a female fetus.”

INSL3 is the first peptide hormone from any species to have such a clear biomarker property. Other hormones, such as testosterone, are less suitable, because they are also made in substantial amounts by female fetuses.

This research, published in PLOS ONE, is relevant to human pregnancy and to pregnancy of all mammals. It shows that not just fat-soluble hormones like testosterone, but also potentially many other types of hormones can and do move from one fetus to another and potentially to the mother during pregnancy.

Coauthor Professor Richard Ivell and Anand-Ivell have also shown that INSL3 is made in small amounts in the ovaries of women of reproductive age. Here it plays a crucial role in the ability of the follicles containing the egg cells to make steroid hormones, particularly androgens, and consequently it is also associated with female fertility.

“Behind all this is an evolutionary aspect which we find rather exciting,” adds Ivell. “INSL3 and a small group of related hormones, which we now term ‘neohormones,’ have evolved mostly during the relatively recent emergence of mammals from other vertebrates and have functions specifically linked to those uniquely mammalian traits such as having internal fertilization, breast-feeding, maternal behavior, etc.

“So far, all pharmacological developments relating to fertility and contraception have been targeting the ancient hormone systems, such as the gonadotropins or steroid hormones, which have been around since the beginning of time.

“We think that maybe by targeting these ‘neohormone’ systems we may be better and more specifically able to target special mammalian aspects of reproductive physiology.”

The University of Nottingham and the Leibniz Institute for Farm Animal Biology in Germany funded the work, which is published in PLOS ONE.

Source: Republished from Futurity.org as a derivative work under the Attribution 4.0 International license. Original article posted to Futurity by Lindsay Brooke-Nottingham.