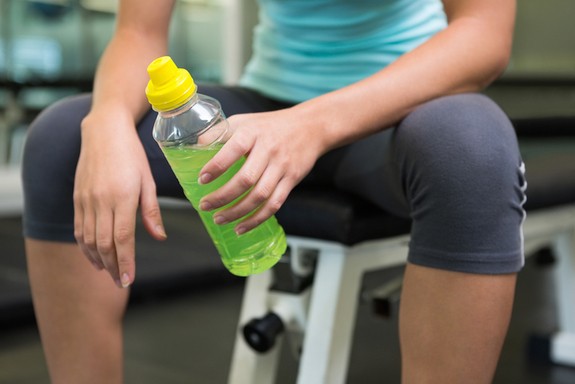 Although everyone seems to be running on the ragged edge nowadays and energy drinks have firmly inserted themselves into first-world culture as the antidote to lack of sleep, a new study should give you pause before you pop open that next can of your favorite energy tonic.

According to an article on the Live Science website, you may be risking your health by chugging just one can of your favorite energy booster:

To test the effects of the drink, the researchers recruited 25 healthy adults to participate in the study. On two separate days, the researchers measured the volunteers’ blood pressure, heart rate and blood levels of caffeine, glucose and norepinephrine. The researchers then asked the participants to consume either the energy drink or a placebo. The placebo was similar in taste, texture and color to the energy drink, but did not contain caffeine or other stimulants.

Thirty minutes after the participants finished each drink, the researchers repeated their measurements. The volunteers also underwent several tests that increased their physical and mental stress. During these stress tests, the researchers once again measured blood pressure and heart rate.

Norepinephrine levels also increased following the consumption of the energy drink. They rose, on average, 100 picograms per milliliter (from 150 pg/mL to 250 pg/mL), compared with an average increase of 39 pg/mL (from 140 pg/mL to 179 pg/mL) after drinking the placebo.

The article cautions that the findings need to be confirmed in a larger study and with other brands of energy drinks, but on the other hand, this is not the only study that has come to the conclusion that these popular beverages have highly concerning negative health effects.

For more details about the study, check out the very informative article on the Live Science website.