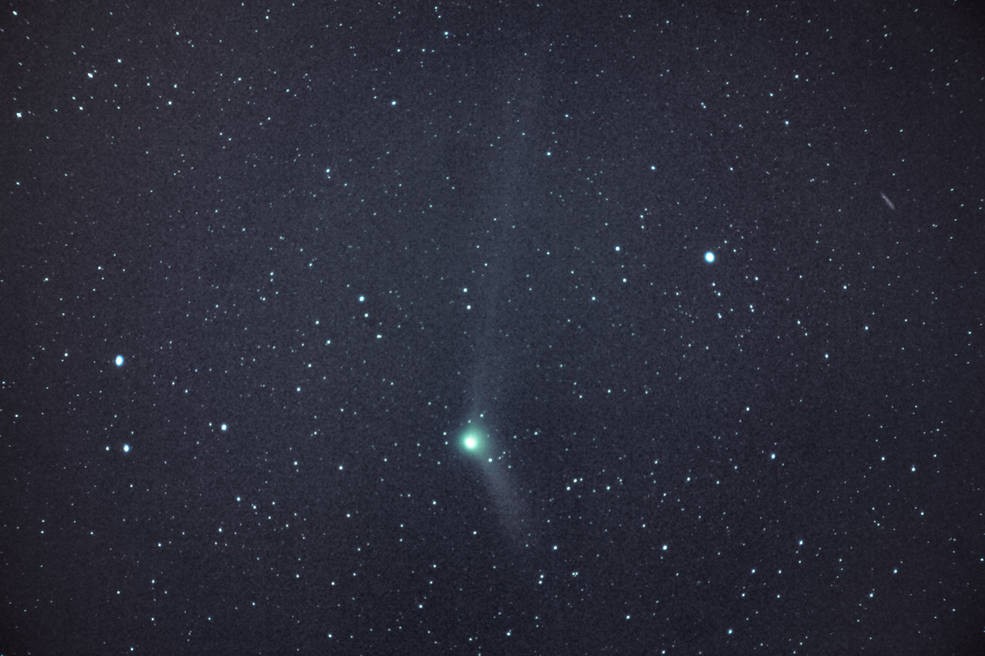 Did you get a telescope or pair of binoculars under the Christmas tree? If so, you can put them to the test by searching the Eastern sky for a view of a fuzzy comet on or shortly after New Year’s Day.

Comet Catalina, formally known as C/2013 US10, is currently perched in the pre-dawn skies as it returns to the depths of space following a recent visit to the inner part of our solar system. Named for the NASA-funded Catalina Sky Survey at the University of Arizona in Tucson, the comet was discovered on Oct. 31, 2013, and will make its closest approach to Earth on January 17th.

Comet Catalina is a first-time visitor to the inner solar system, having reached perihelion (its closest point to the sun) at a distance of 76 million miles (122 million kilometers) on Nov. 15. As it slingshotted past the sun, the comet reached a velocity of 103,000 miles per hour (166,000 kilometers per hour) – almost three times faster than NASA’s New Horizons spacecraft as it flew past Pluto. Due to its high velocity, the comet is predicted to be on an escape trajectory from the solar system, never to return.

Weather permitting, the eastern pre-dawn sky provides an opportunity to see this faint interloper over the next few weeks. Unfortunately, the waning gibbous Moon will pose a challenge for skywatchers to locate Comet Catalina. At minimum, binoculars are required to view the comet, which will appear as a fuzzy envelope of ice and dust, known as a coma.

On the next page, we’ll show you how to locate Comet Catalina in the early morning sky…