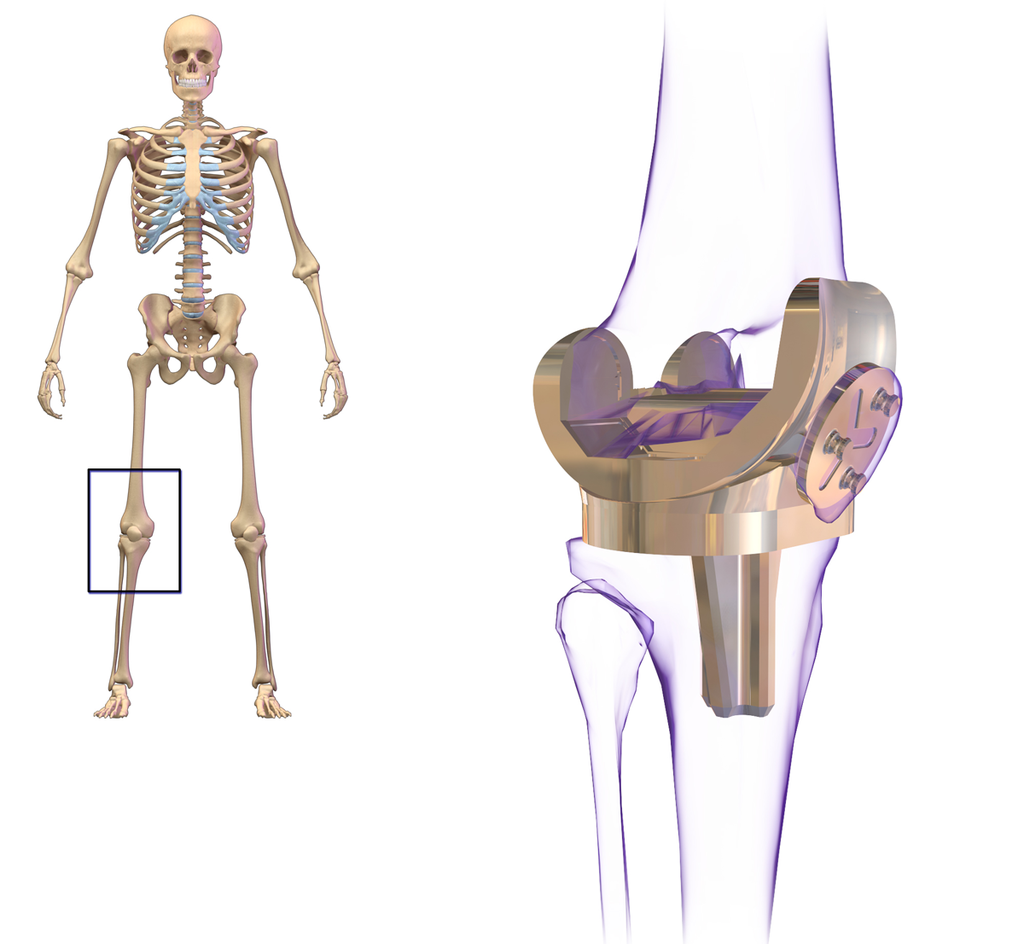 Titanium is the leading material for artificial knee and hip joints because it’s strong, wear-resistant, and nontoxic, but adding gold might make implants even better.

“It is about 3-4 times harder than most steels,” says Emilia Morosan, the lead scientist of a new study in Science Advances that describes the properties of a 3-to-1 mixture of titanium and gold with a specific atomic structure that imparts hardness. “It’s four times harder than pure titanium, which is what’s currently being used in most dental implants and replacement joints.”

The new study is “a first for me in a number of ways,” says Morosan, professor of physics and astronomy, of chemistry, and of materials science and nanoengineering at Rice University. “This compound is not difficult to make, and it’s not a new material.”

In fact, the atomic structure of the material—its atoms are tightly packed in a “cubic” crystalline structure that’s often associated with hardness—was previously known.

It’s not even clear that Morosan and former graduate student and coauthor Eteri Svanidze were the first to make a pure sample of the ultrahard “beta” form of the compound. But due to a couple of lucky breaks, they are the first to document the material’s remarkable properties.

“This began from my core research,” says Morosan, a physicist who specializes in the design and synthesis of compounds with exotic electronic and magnetic properties. “We published a study not long ago on titanium-gold, a 1-to-1 ratio compound that was a magnetic material made from nonmagnetic elements.

“One of the things that we do when we make a new compound is try to grind it into powder for X-ray purposes. This helps with identifying the composition, the purity, the crystal structure, and other structural properties. When we tried to grind up titanium-gold, we couldn’t. I even bought a diamond (coated) mortar and pestle, and we still couldn’t grind it up.”

The researchers decided to do follow-up tests to determine exactly how hard the compound was, and while they were at it, they also decided to measure the hardness of the other compositions of titanium and gold that they had used as comparisons in the original study.

One of the extra compounds was a mixture of three parts titanium and one part gold that had been prepared at high temperature.

What they didn’t know at the time was that making titanium-3-gold at relatively high temperature produces an almost pure crystalline form of the beta version of the alloy—the crystal structure that’s four times harder than titanium.

At lower temperatures, the atoms tend to arrange in another cubic structure—the alpha form of titanium-3-gold. The alpha structure is about as hard as regular titanium. It appears that labs that had previously measured the hardness of titanium-3-gold had measured samples that largely consisted of the alpha arrangement of atoms.

Researchers measured the hardness of the beta form of the crystal and also performed other comparisons with titanium. For biomedical implants, for example, two key measures are biocompatibility and wear resistance. Because titanium and gold by themselves are among the most biocompatible metals and are often used in medical implants, the team believed titanium-3-gold would be comparable.

In fact, tests determined that the new alloy was even more biocompatible than pure titanium. The story proved much the same for wear resistance: Titanium-3-gold also outperformed pure titanium.

Source: Republished from Futurity.org as a derivative work under the Attribution 4.0 International license. Original article posted to Futurity by Jade Boyd-Rice.