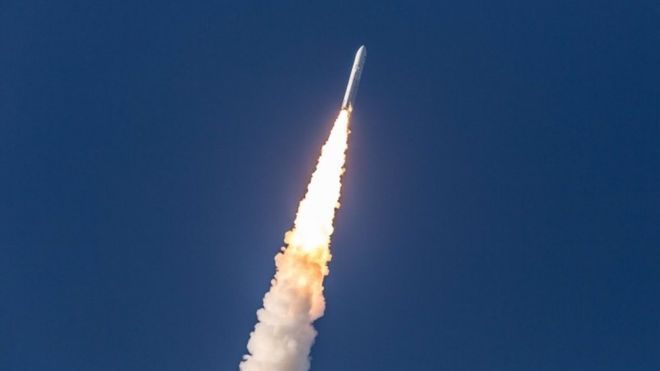 A communications satellite known as “Sky Muster” was launched from French Guiana in South America today without incident. The launch was hailed by Australia’s National Broadcasting Network (NBN) as a victory, not only because the launch was successful, but also because it will bring high-speed broadband access to  all of Australia.

A very informative article on the BBC’s website quotes a spokeswoman for NBN as saying:

“It’s one of the world’s largest communication satellites and is purpose-built to deliver broadband to Australia – an incredibly vast country,” National Broadband Network (NBN) spokeswoman Frances Kearey was quoted by ABC as saying.

“The NBN satellite service will provide speeds that people in the cities take for granted – opening up new opportunities in education, health, social connectivity and business.”

After extensive testing, it is expected that Sky Muster will come fully online for consumers in the second half of 2016. It’s coverage area will include all of Australia, including remote areas like Norfolk, Christmas, Macquarie and the Cocos islands.

For more details, check out the great article covering the launch on the BBC’s website.