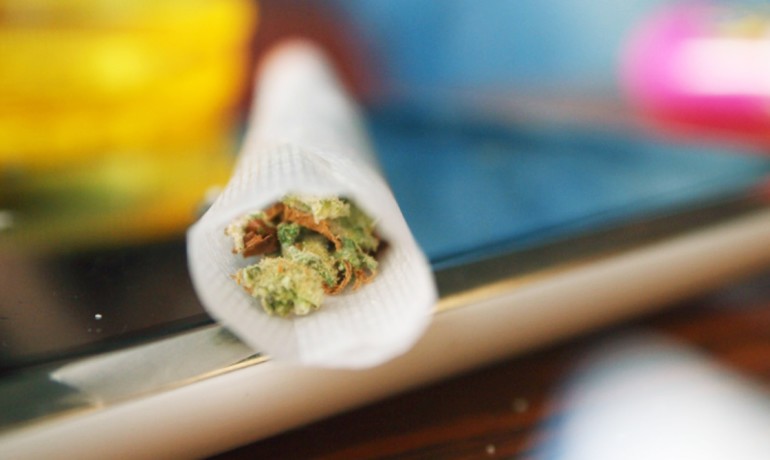 Painkiller prescriptions in the US have been described as being out of control, with record levels of opioid drugs being prescribed to patients with chronic pain in recent years. Now, a study from the University of Michigan says that patients who use medical marijuana to control chronic pain report a 64 percent reduction in their use of more traditional prescription pain medications known as opioids.

A study of 185 patients from a medical marijuana dispensary in Ann Arbor, Michigan also shows fewer side effects from their medications and a 45-percent improvement in quality of life since using cannabis to manage pain.

“WE’RE IN THE MIDST OF AN OPIOID EPIDEMIC AND WE NEED TO FIGURE OUT WHAT TO DO ABOUT IT.”

The findings suggest that, for some people, medical marijuana may be an alternative to more common prescription painkillers at a time when national health leaders are asking the medical community to cut back on prescribing drugs like Vicodin and OxyContin.

“We’re in the midst of an opioid epidemic and we need to figure out what to do about it,” says lead author Kevin Boehnke, a doctoral student in the School of Public Health’s Department of Environmental Health Sciences at the University of Michigan. “I’m hoping our research continues a conversation of cannabis as a potential alternative for opioids.”

Just last week, the Centers for Disease Control and Prevention issued 12 recommended guidelines for prescribing opioids, saying prescriptions for them have quadrupled since 1999, and that 40 people die every day from an overdose of these drugs.

The surveys were conducted from November 2013 to February 2015. Researchers originally set out to find out if cannabis use was more effective for sufferers with severe centralized chronic pain, for whom the opioids have not always worked well.

“We hypothesized that cannabis might be particularly effective for the type of pain seen in conditions such as fibromyalgia, since there are many studies suggesting that synthetic cannabinoids work in these conditions,” Clauw says. “We did not see this because the patients in this study rated cannabis to be equally effective for those with different pain severity.”

It was the patients with less severe chronic pain who reported better quality of life and less use of opioids.

“We would caution against rushing to change current clinical practice towards cannabis, but note that this study suggests that cannabis is an effective pain medication and agent to prevent opioid overuse,” Boehnke says.

At present, 23 states and the District of Columbia have legalized cannabis for medical purposes and four states allow it for recreational use.

One limitation of the study is that it was conducted with people at a dispensary who are presumed to be believers in the medical benefits of marijuana. These participants were surveyed after they had been using marijuana, which may decrease the accuracy of their recollections. The team plans to continue their research with this population but also conduct studies with patients who have not yet tried marijuana for pain management.

The study is published in the Journal of Pain.

Source: Republished from Futurity.org as a derivative work under the Attribution 4.0 International license. Original article posted to Futurity by Laurel Thomas Gnagey-Michigan.