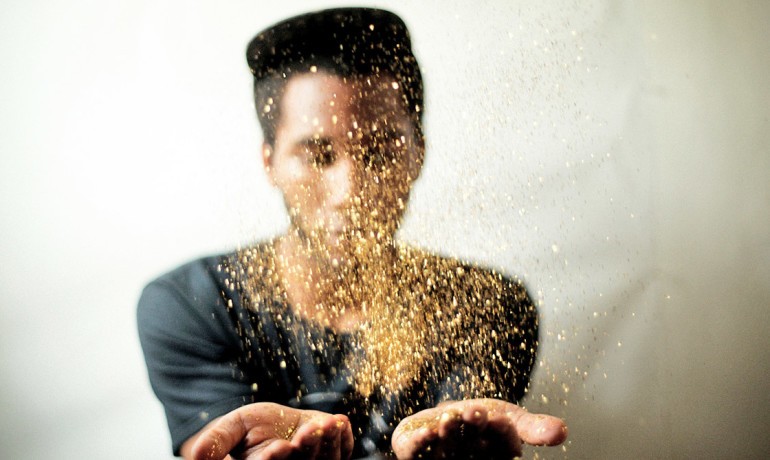 Microscopic dust particles found in material from a meteorite may have come from an stellar explosion that occurred long before the creation of our sun.

Scientists think the particles, known as pre-solar grains, came from an explosion about five billion years ago on the surface of a small star that is part of a binary system—two stars orbiting each other.

“WHEN STARS DIE, THEY SPEW OUT MATERIAL IN THE FORM OF DUST AND GAS, WHICH THEN GETS RECYCLED INTO FUTURE GENERATIONS OF STARS AND PLANETS.”

The explosion would have ejected stellar material in the form of gas and dust into the space between stars in the galaxy. Some of that material would have been used in the creation of our solar system.

“There is a recycling process going on here,” says Christopher Wrede, assistant professor of physics at Michigan State University. “When stars die, they spew out material in the form of dust and gas, which then gets recycled into future generations of stars and planets.”

To investigate the idea, scientists created and studied the exotic radioactive nuclei that have the greatest influence on the production of silicon isotopes in such explosions, known as novae.

It turns out the grains of stardust contain unusually high amounts of the isotope silicon-30, which is made up of 14 protons and 16 neutrons. Silicon-30 is quite rare on Earth (the most common is silicon-28).

Researchers know that silicon-30 is produced in classical novae, but don’t known enough about the nuclear reaction rates in the explosion to be sure how much silicon-30 was created. This makes the origins of the grains uncertain.

“These particular grains are potential messengers from classical novae that allow us to study these events in an unconventional way,” Wrede says. “Normally what you would do is point your telescope at a nova and look at the light.

“But if you can actually hold a piece of the star in your hand and study it in detail, that opens a whole new window on these types of stellar explosions.”

Source: Republished from Futurity.org as a derivative work under the Attribution 4.0 International license. Original article posted to Futurity by Sarina Gleason-Michigan State