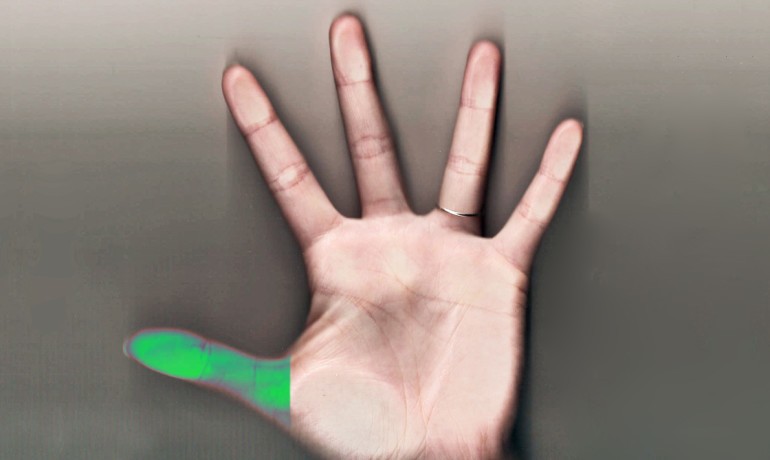 If you trace our evolutionary tree way back to its roots—long before the shedding of gills or the development of opposable thumbs—you will likely find a common ancestor with the amazing ability to regenerate lost body parts.

Lucky descendants of this creature, including today’s salamanders or zebrafish, can still perform the feat, but humans lost much of their regenerative power over millions of years of evolution.

In an effort to understand what was lost, researchers have built a running list of the genes that enable regenerating animals to grow back a severed tail or repair damaged tissues. Surprisingly, they have found that genes important for regeneration in these creatures also have counterparts in humans. The key difference might not lie in the genes themselves but in the sequences that regulate how those genes are activated during injury.

A new study in the journal Nature reports the presence of these regulatory sequences in zebrafish, a favored model of regeneration research. Called “tissue regeneration enhancer elements” or TREEs, these sequences can turn on genes in injury sites and even be engineered to change the ability of animals to regenerate.

“We want to know how regeneration happens, with the ultimate goal of helping humans realize their full regenerative potential,” says Kenneth D. Poss, senior author of the study and professor of cell biology at Duke University School of Medicine. “Our study points to a way that we could potentially awaken the genes responsible for regeneration that we all carry within us.”

Over the last decade, researchers have identified dozens of regeneration genes in organisms like zebrafish, flies, and mice. For example, one molecule called neuregulin 1 can make heart muscle cells proliferate and others called fibroblast growth factors can promote the regeneration of a severed fin. Yet, Poss says, what has not been explored are the regulatory elements that turn these genes on in injured tissue, keep them on during regeneration, and then turn them off when regeneration is done.

In this study, Poss and his colleagues wanted to determine whether or not these important stretches of DNA exist, and if so, pinpoint their location. It was already well known that small chunks of sequence, called enhancer elements, control when genes are turned on in a developing embryo. But it wasn’t clear whether these elements are also used to drive regeneration.

First, lead study author Junsu Kang, a postdoctoral fellow in the Poss lab, looked for genes that were strongly induced during fin and heart regeneration in the zebrafish. He found that a gene called leptin b was turned on in fish with amputated fins or injured hearts. Kang scoured the 150,000 base pairs of sequence surrounding leptin b and identified an enhancer element roughly 7,000 base pairs away from the gene.

He then whittled the enhancer down to the shortest required DNA sequence. In the process, Kang discovered that the element could be separated into two distinct parts: one that activates genes in an injured heart, and, next to it, another that activates genes in an injured fin. He fused these sequences to two regeneration genes, fibroblast growth factor and neuregulin 1, to create transgenic zebrafish whose fins and hearts had superior regenerative responses after injury.

Finally, the researchers tested whether these “tissue regeneration enhancer elements” or TREEs could have a similar effect in mammalian systems like mice. Collaborator Brian L. Black of the University of California, San Francisco attached one TREE to a gene called lacZ that produces a blue color wherever it is turned on. Remarkably, he found that borrowing these elements from the genome of zebrafish could activate gene expression in the injured paws and hearts of transgenic mice.

“We are just at the beginning of this work, but now we have an encouraging proof of concept that these elements possess all the sequences necessary to work with mammalian machinery after an injury,” says Poss. He suspects there may be many different types of TREEs: those that turn on genes in all tissues; those that turn on genes only in one tissue like the heart; and those that are active in the embryo as it develops and then are reactivated in the adult as it regenerates.

Eventually, Poss thinks that genetic elements like these could be combined with genome-editing technologies to improve the ability of mammals, even humans, to repair and regrow damaged or missing body parts.

“We want to find more of these types of elements so we can understand what turns on and ultimately controls the program of regeneration,” says Poss. “There may be strong elements that boost expression of the gene much higher than others, or elements that activate genes in a specific cell type that is injured. Having that level of specificity may one day enable us to change a poorly regenerative tissue to a better one with near-surgical precision.”

The American Heart Association, National Institutes of Health, National Science Foundation, and the Howard Hughes Medical Institutes supported the work, which is published in the journal Nature.

Source: Republished from Futurity.org as a derivative work under the Attribution 4.0 International license. Original article posted to Futurity by Karl Bates-Duke.