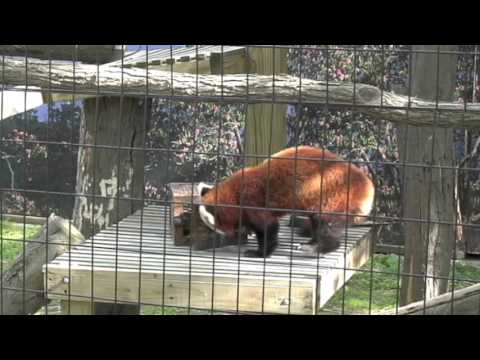 Overall, 35 percent of the animals successfully solved the problem. The bears had an almost 70 percent success rate, and meerkats and mongooses were the least successful, with no individuals from their species solving the problem.

“Our results are robust, showing that having a larger brain really does improve the animal’s ability to solve a problem it has never encountered before,” says Kay Holekamp, Michigan State University professor of integrative biology and the paper’s senior author.

“This study offers a rare look at problem solving in carnivores, and the results provide important support for the claim that brain size reflects an animal’s problem-solving abilities and enhance our understanding of why larger brains evolved in some species,” says Sarah Benson-Amram, University of Wyoming scientist and first author of the paper published in the Proceedings of the National Academy of Sciences.

“A hypothesis that has garnered much support in primate studies is ‘the social brain hypothesis,’ which proposes that larger brains evolved to deal with challenges in the social domain,” says Holekamp. “This hypothesis suggests that intelligence evolved to enable animals to anticipate, respond to and perhaps, even manipulate the actions of others in their social groups.

“If the social brain hypothesis can predict success at solving nonsocial problems, then we would expect that species that live in larger social groups should be more intelligent. However, we did not find any support for that prediction in this study.”

Republished from Futurity.org as a derivative work under the Attribution 4.0 International license. Original article posted to Futurity by Layne Cameron-Michigan State.