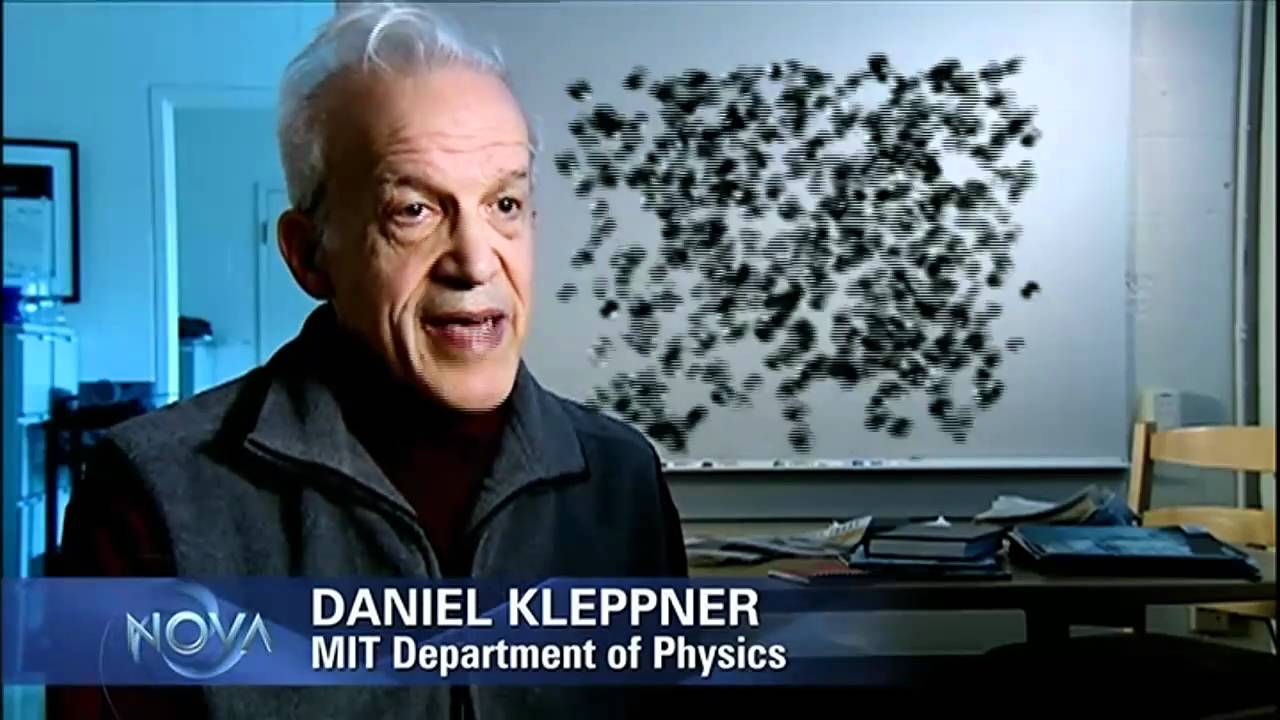 The 2016 Nobel Prize in physics has been awarded to David Thouless, Duncan Haldane and Michael Kosterlitz, three theoretical physicists whose research used the unexpected mathematical lens of topology to investigate phases of matter and the transitions between them.

Topology is a branch of mathematics that deals with understanding shapes of objects; it’s interested in “invariants” that don’t change when a shape is deformed, like the number of holes an object has. Physics is the study of matter and its properties. The Nobel Prize winners were the first to make the connection between these two worlds.

Everyone is used to the idea that a material can take various familiar forms such as a solid, liquid or gas. But the Nobel Prize recognizes other surprising phases of matter – called topological phases – that the winners proposed theoretically and experimentalists have since explored.

Topology is opening up new platforms for observing and understanding these new states of matter in many branches of physics. I work with theoretical aspects of cold atomic gases, a field which has only developed in the years since Thouless, Haldane and Kosterlitz did their groundbreaking theoretical work. Using lasers and atoms to emulate complex materials, cold atom researchers have begun to realize some of the laureates’ predictions – with the promise of much more to come.

Cold atoms get us to quantum states of matter

All matter is made up of building blocks, such as atoms. When many atoms come together in a material, they start to interact. As the temperature changes, the state of matter starts to change. For instance, water is a liquid until a fixed temperature, when it turns into vapor (373 degrees Kelvin; 212 degrees Fahrenheit; 100 degrees Celsius); and if you cool, solid ice forms at a fixed temperature (273K; 32℉; 0℃). The laws of physics give us a theoretical limit to how low the temperature can get. This lowest possible temperature is called absolute zero (0K) (and equals -460℉ or -273℃).

Classical physics governs our everyday world. Classical physics tells us that if we cool atoms to really low temperatures, they stop their normally constant vibrating and come to a standstill.

But really, as we cool atoms down to temperatures approaching close to 0K, we leave the regime of classical physics – quantum mechanics begins to govern what we see.

In the quantum mechanical world, if an object’s position becomes sharply defined then its momentum becomes highly uncertain, and vice versa. Thus, if we cool atoms down, the momentum of each atom decreases, and the quantum uncertainty of its position grows. Instead of being able to pinpoint where each atom is, we can now only see a blurry space somewhere within which the atom must be. At some point, the neighboring uncertain positions of nearby atoms start overlapping and the atoms lose their individual identities. Surprisingly, the distinct atoms become a single entity, and behave as one coherent unit – a discovery that won a previous Nobel.

This new, amazing way atoms organize themselves at very low temperatures results in new properties of matter; it’s no longer a classical solid in which the atoms occupy periodic well-defined positions, like eggs in a carton.

Instead, the material is now in a new quantum state of matter in which each atom has become a wave with its position no longer identifiable. And yet the atoms are not moving around chaotically. Instead, they are highly coherent, with a new kind of quantum order. Just like laser beams, the coherent matter waves of superfluids, superconductors and magnets can produce interference patterns.

Physicists have known about quantum order in superfluids and magnets in three dimensions since the middle of the last century. We understand that the order is lost at a critical temperature due to thermal fluctuations. But in two dimensions the situation is different. Early theoretical work showed that thermal fluctuations would destroy the quantum order even at very low temperatures.

Kosterlitz and Thouless’s innovation was to show that topological defects – vortex and anti-vortex whirls and swirls – are crucial to understand the magnetic and superfluid states of matter in two dimensions. These defects are not just local perturbations in the quantum order; they produce a winding or circulation as one goes around it. The vorticity, which measures how many times one winds around, is measured in integer units of the circulation.

Kosterlitz and Thouless showed that at low temperatures, a vortex is bound up with an anti-vortex so the order survives. As the temperature increases, these defects unbind and grow in number and that drives a transition from an ordered to a disordered state.

It’s been possible to visualize the vortices in cold atomic gases that Kosterlitz and Thouless originally proposed, bringing to life the topological defects they theoretically proposed. In my own research, we’ve been able to extend these ideas to quantum phase transitions driven by increasing interactions between the atoms rather than by temperature fluctuations.

Figuring out step-wise changes in materials

The second part of the Nobel Prize went to Thouless and Haldane for discovering new topological states of matter and for showing how to describe them in terms of topological invariants.

Physicists knew about the existence of a phenomenon called the quantum Hall effect, first observed in two dimensional electrons in semiconductors. The Hall conductance, which is the ratio of the transverse voltage and the current, was observed to change in very precise integer steps as the magnetic field was increased. This was puzzling because real materials are disordered and messy. How could something so precise be seen in experiments?

It turns out that the current flows only in narrow channels at the edges and not within the bulk of the material. The number of channels is controlled by the magnetic field. Every time an additional channel or lane gets added to the highway, the conductance increase by a very precise integer step, with a precision of one part in billion.

Thouless’ insight was to show that the flow of electrons at the boundaries has a topological character: the flow is not perturbed by defects – the current just bends around them and continues with its onward flow. This is similar to strong water flow in a river that bends around boulders.

Topology is interested in properties that change step-wise, like the number of holes in these
objects. Topology also explains why electrical conductivity inside thin layers changes in integer steps.
Copyright © Johan Jarnestad/The Royal Swedish Academy of Sciences

Thouless figured out that here was a new kind of order, represented by a topological index that counts the number of edge states at the boundary. That’s just like how the number of holes (zero in a sphere, one in a doughnut, two in glasses, three in a pretzel) define the topology of a shape and the robustness of the shape so long as it is deformed smoothly and the number of holes remains unchanged.

Interacting topological states are even more remarkable and truly bizarre in that they harbor fractionalized excitations. We’re used to thinking of an electron, for instance, with its charge of e as being indivisible. But, in the presence of strong interactions, as in the fractional quantum Hall experiments, the electron indeed fractionalizes into three pieces each carrying a third of a charge!

Haldane discovered a whole new paradigm: in a chain of spins with one unit of magnetic moment, the edge spins are fractionalized into units of one-half. Remarkably, the global topological properties of the chain completely determine the unusual behavior at the edges. Haldane’s remarkable predictions have been verified by experiments on solid state materials containing one-dimensional chains of magnetic ions.

Topological states are new additions to the list of phases of matter, such as, solid, liquid, gas, and even superfluids, superconductors and magnets. The laureates’ ideas have opened the floodgates for prizeworthy predictions and observations of topological insulators and topological superconductors. The cold atomic gases present opportunities beyond what can be achieved in materials because of the greater variety of atomic spin states and highly tunable interactions. Beyond the rewards of untangling fascinating aspects of our physical world, this research opens the possibility of using topologically protected states for quantum computing.