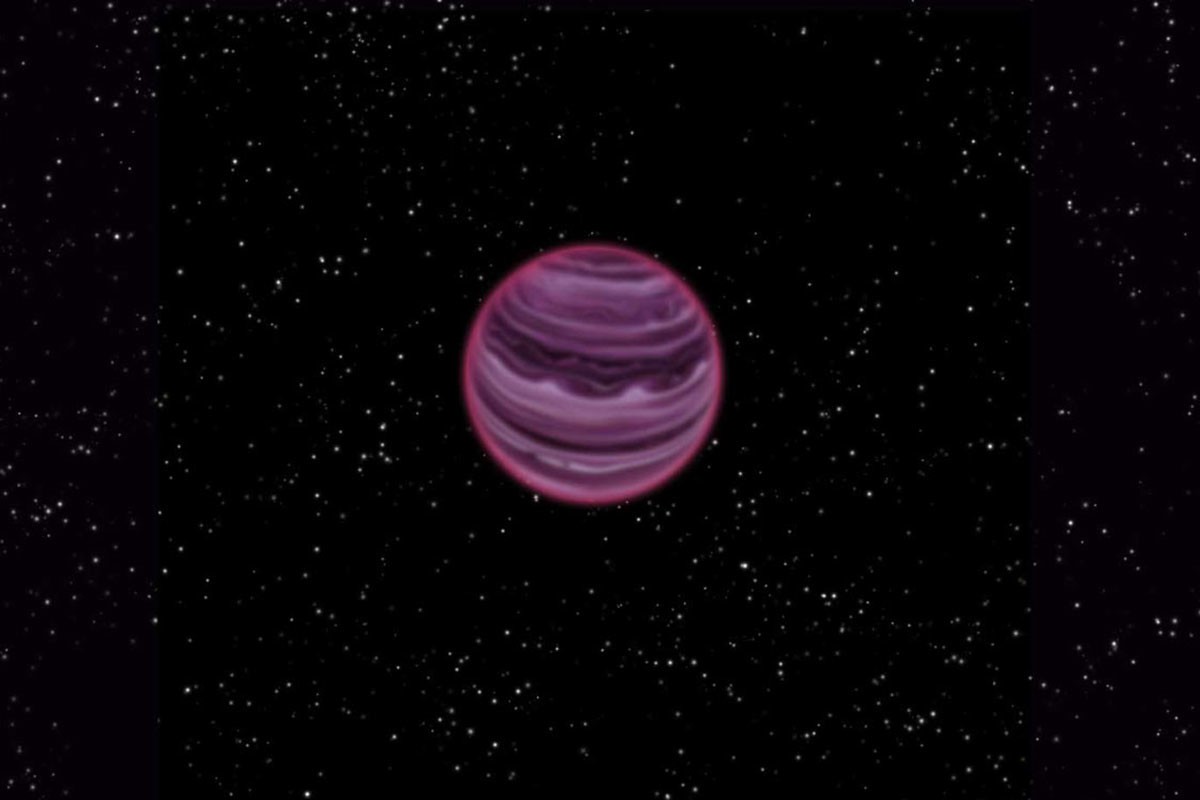 It’s an unusual situation, but one that gives astronomers an opportunity to study at least one planet outside of our solar system in greater detail: a planet that has “lost” its star.  The orphan planet, named PSO J318.5-22, was likely ejected from its star system, but researchers have no idea why. However, as astronomers have been studying the Jupiter-sized planet, they noticed fluctuations in its brightness that may mean that we’ve detected weather on this wandering planet.

An excellent story on the New Scientist website provides the background and details:

The starless planet, PSO J318.5-22, was discovered in the Pan-STARRS survey in 2013. At about eight times the mass of Jupiter, it’s much more like the giant planets we see orbiting other stars than the small, failed stars called brown dwarfs.

That means it probably formed around a star and was somehow shot out of its orbit into lonely deep space (see artist’s impression, above). That also makes this planet much easier to study than those that are almost lost in the dazzle from the stars they circle.

“You have to work really hard to even see them, whereas this object is just by itself,” says Beth Biller at the University of Edinburgh, UK.

Biller’s team measured the planet’s brightness and found that it could vary by up to 10 per cent in just a few hours. The explanation, they say, could lie in its weather systems.

The article relates that the the planet, unlike Jupiter, has retained a scorching surface temperature of 1100 kelvin, meaning that its molten core has never cooled due to having been evicted from its star system. Therefore, the storms on this planet would most likely be made up of molten metals “These are likely hot silicates and iron droplet clouds,” Biller says. “This makes Venus look like a nice place.”

For more exciting details about this orphan planet, see the great article on the New Scientist website.