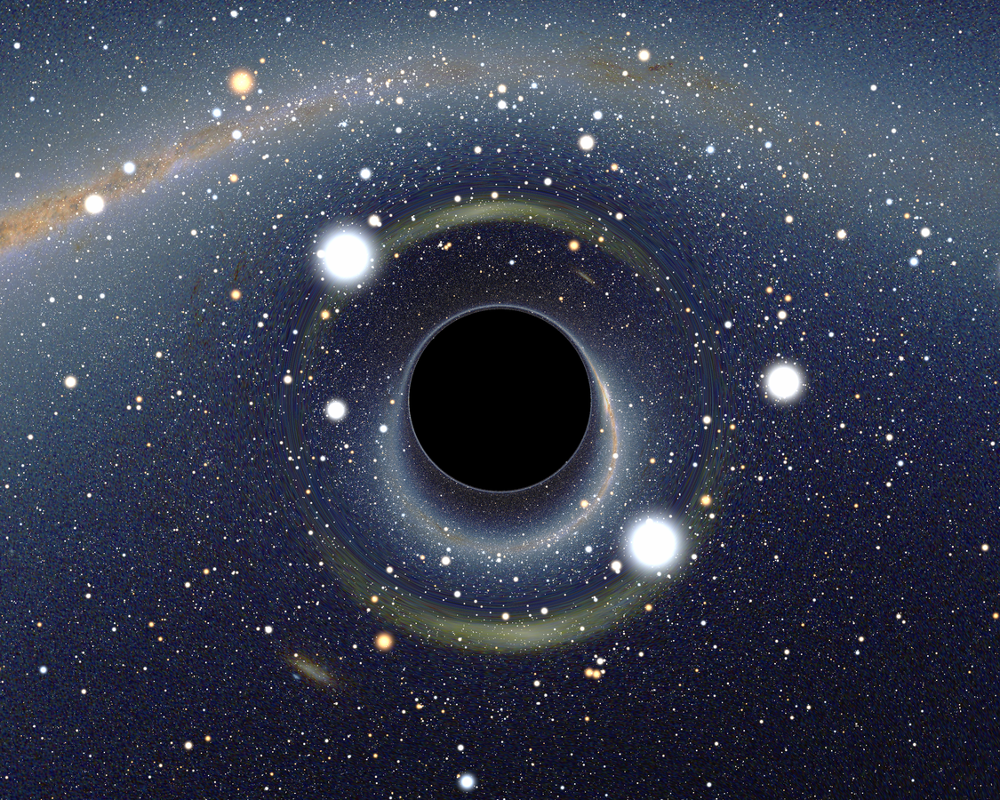 Theoretical physicists have used a super computer to simulate Einstein’s theory of general relativity in more than 4 dimensions, and in the process have discovered a special type of black hole that would cause the general relativity concepts to break down completely if one formed.  It’s an interesting proposition, because only four dimensions have been proven to exist, although theoretical physicists have proposed up to 11 total dimensions in order to describe the behavior of the universe.

This new simulation, completed by researchers from University of Cambridge and Queen Mary University of London, found that in 5 dimensions, a special form of ring-shaped black hole could break down and create a “naked singularity,” violating the predictions of general relativity.

An excellent press release on the EurekAlert website provides the fascinating details of this novel research:

Researchers have shown how a bizarrely shaped black hole could cause Einstein’s general theory of relativity, a foundation of modern physics, to break down. However, such an object could only exist in a universe with five or more dimensions.

The researchers, from the University of Cambridge and Queen Mary University of London, have successfully simulated a black hole shaped like a very thin ring, which gives rise to a series of ‘bulges’ connected by strings that become thinner over time. These strings eventually become so thin that they pinch off into a series of miniature black holes, similar to how a thin stream of water from a tap breaks up into droplets.

Ring-shaped black holes were ‘discovered’ by theoretical physicists in 2002, but this is the first time that their dynamics have been successfully simulated using supercomputers. Should this type of black hole form, it would lead to the appearance of a ‘naked singularity’, which would cause the equations behind general relativity to break down. The results are published in the journal Physical Review Letters.

General relativity underpins our current understanding of gravity: everything from the estimation of the age of the stars in the universe, to the GPS signals we rely on to help us navigate, is based on Einstein’s equations. In part, the theory tells us that matter warps its surrounding spacetime, and what we call gravity is the effect of that warp. In the 100 years since it was published, general relativity has passed every test that has been thrown at it, but one of its limitations is the existence of singularities.

Continue reading to learn why singularities are an Achilles heel for general relativity and how a “naked singularity” might form.