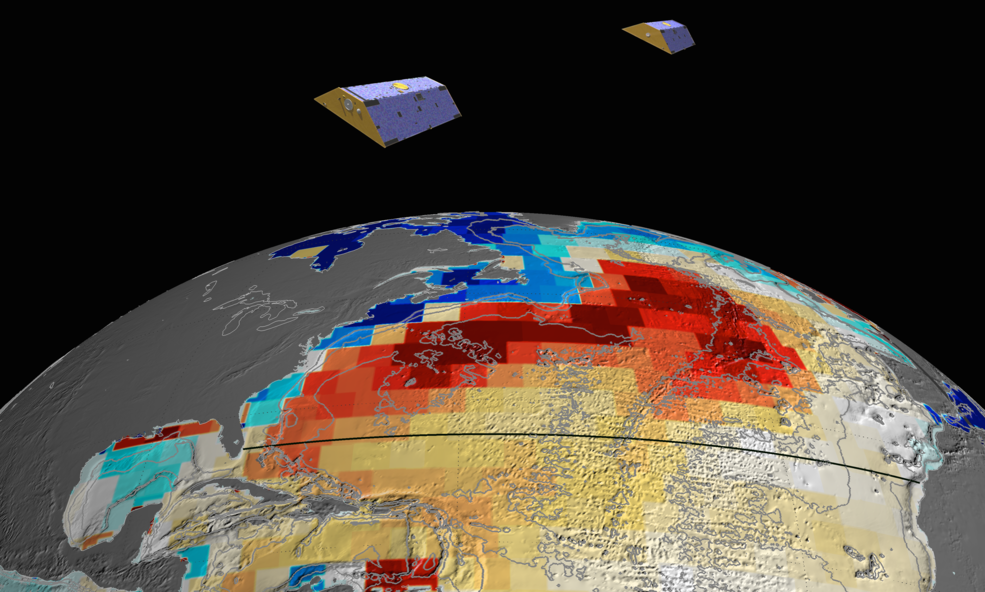 NASA has found an amazing new way to track ocean currents from space, which will help to provide more data for understanding climate change using the Gravity Recovery and Climate Experiment (GRACE) satellites.

An excellent and informative article on the NASA website provides discusses the details:

A team of NASA and university scientists has developed a new way to use satellite measurements to track changes in Atlantic Ocean currents, which are a driving force in global climate. The finding opens a path to better monitoring and understanding of how ocean circulation is changing and what the changes may mean for future climate.

In the Atlantic, currents at the ocean surface, such as the Gulf Stream, carry sun-warmed water from the tropics northeastward. As the water moves through colder regions, it sheds its heat. By the time it gets to Greenland, it’s so cold and dense that it sinks a couple of miles down into the ocean depths. There it turns and flows back south. This open loop of shallow and deep currents is known to oceanographers as the Atlantic Meridional Overturning Circulation (AMOC) — part of the “conveyor belt” of ocean currents circulating water, heat and nutrients around the globe and affecting climate.