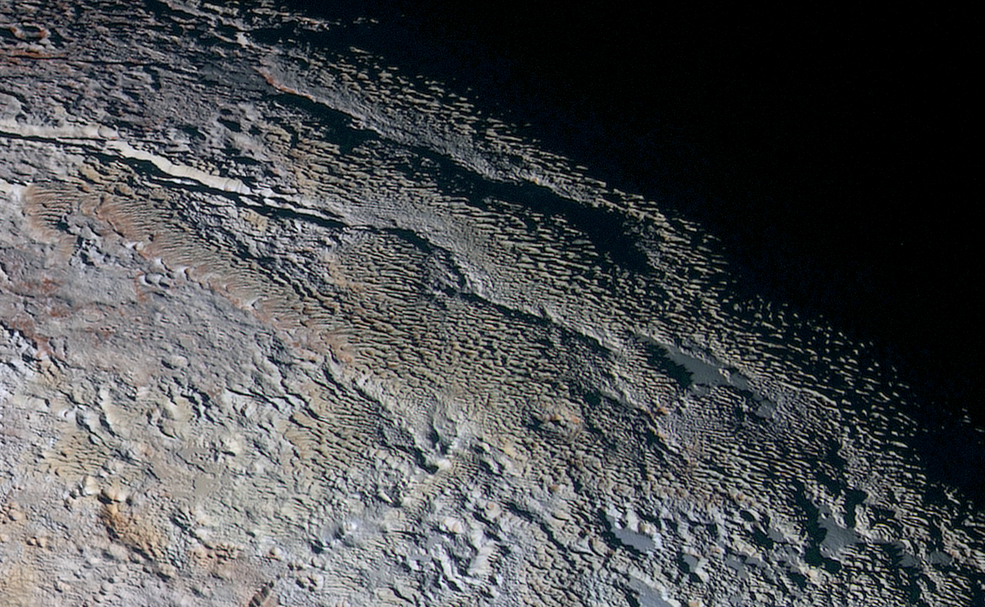 Scientists are perplexed and mystified by the latest images downloaded from the New Horizons probe’s flyby of Pluto. One of the images reveals a landscape that “…looks more like tree bark or dragon scales than geology,” according to William McKinnon, New Horizons Geology, Geophysics and Imaging (GGI) team deputy lead from Washington University in St. Louis.

Take a look at this astounding image from the fascinating article we found on the NASA.gov site:

See other amazing images from the latest download in the informative article on NASA.gov.