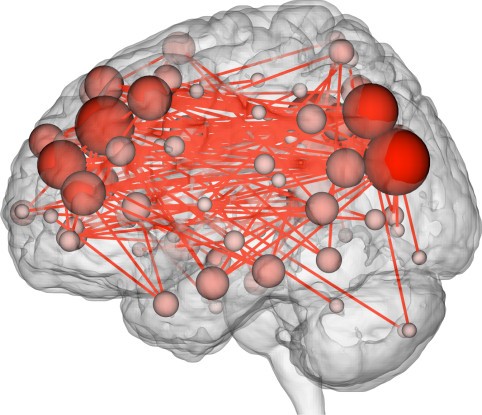 Some very astounding news from the world of neuroscience research shows that brain scans can predict intelligence, bringing the science fiction scenarios of movies like Divergent or the Minority Report that much closer to reality. A great article on WIRED’s website reports the details from a new study in the journal Nature, and also explores the ethical ramifications of the research:

But now that neuroscientists have used maps of people’s brains to accurately predict intelligence, reality creeps ever so much closer to fiction.

By intelligence, in this case, the scientists mean abstract reasoning ability, which they inferred by mapping and analyzing the connections within people’s brains. But the study, published today in Nature, is compelling because it gets at a fundamental and very uncomfortable truth: Some brains are better than others at certain things, simply because of the way they’re wired. And now, scientists are closer to being able to determine precisely which brains those are, and how they got that way.

Richard Haier, an intelligence researcher at the University of California, Irvine, has some more serious, non-journalistic applications in mind: Eventually, he hopes, schools could scan children to see what sort of educational environment they’d thrive in, or determine who’s more prone to addiction, or screen prison inmates to figure out whether they’re violent or not. Two researchers brought up Minority Report as a salient example.

Figuring out if little Timmy’s a visual or auditory learner is great and all, but that other data—if you’re prone to addiction, or violence, or predisposed to having delusions—is much touchier. “It’s a double-edged sword,” says Laura Cabrera, a neuroethicist at Michigan State University. Schools could use the data to guide admissions decisions, companies could hire based on mental aptitude, insurance companies could base coverage on cognitive predispositions. Predictive brain scanning could lead to a whole new form of neurodiscrimination.

In this study, the researchers predicted how well people would do on a cognitive test by analyzing fMRI scans of 126 subjects in the Human Connectome Project, a five-year initiative to map how areas of the human brain communicate with each other. The subjects performed motor, memory, and intelligence tests, including a pattern completion test that measured abstract reasoning—what neuroscientists call fluid intelligence.

Their connectomes, it turned out, had a lot to do with how well they scored. “The more certain regions are talking to one another, the better you’re able to process information quickly and make inferences,” says Emily Finn, a grad student at Yale and another author of the study. A strong connection between the frontal and parietal lobes, especially, meant a high fluid intelligence score. Both regions are involved in high-level mental function, Finn says, which makes sense: “They kind of underpin all of the sophisticated stuff that makes us humans to begin with.”

According to the WIRED article, each person’s connectome is unique, making it essentially a brain fingerprint. You can read more details about this amazing research and it’s ethical considerations in the excellent article on the WIRED site.