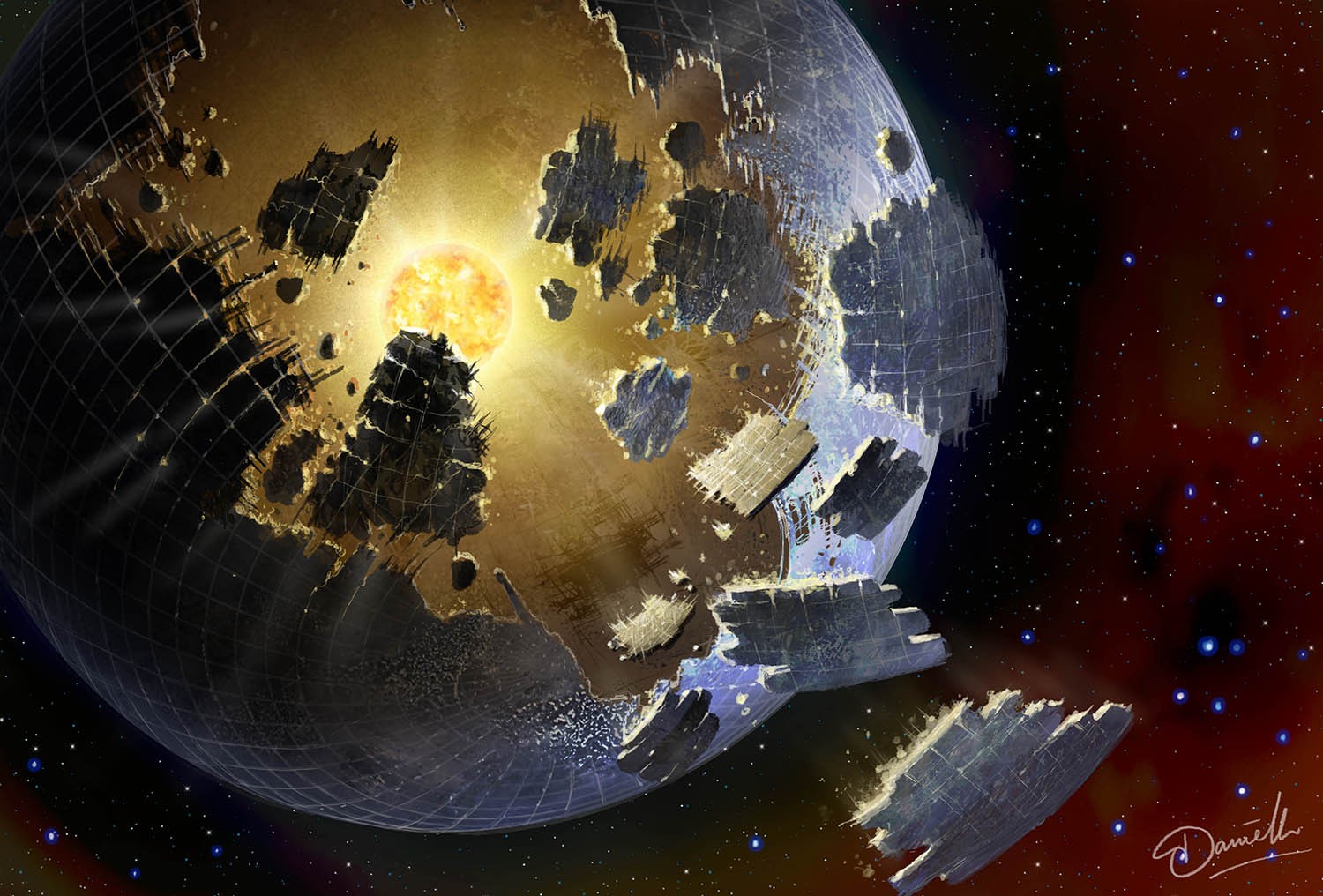 The star KIC 8462852, which has become known as the “alien megastructure star” is in the news again as SETI International has completed another experiment looking for signs of life that has come up empty. Although this study, along with those previously completed and reported here on Science Rocks My World (see “Search for Intelligent Life Around ‘Megastructure Star’ Inconclusive – So Far” and “More News from NASA on the Mysterious ‘Megastructure Star’“), still does not conclusively rule out an alien civilization as the source of the unusual dimming pattern originally observed by the Kepler space telescope, but instead rules out one more way that we could possibly detect intelligent life.

The details of this latest study appear in a press release on the SETI International website:

“The hypothesis of an alien megastructure around KIC 8462852 is rapidly crumbling apart,” said Douglas Vakoch, President of SETI International and an author of the paper. “We found no evidence of an advanced civilization beaming intentional laser signals toward Earth,” he explained.

The experiment was coordinated by SETI International (www.setiinternational.org), a new research and educational organization devoted to innovative approaches to astrobiology and the Search for Extraterrestrial Intelligence (SETI), including Active SETI, in which intentional signals are sent to other stars to evoke a reply.

On six nights between October 29 and November 28, 2015, scientists searched for pulses as short as a billionth of a second at the Boquete Optical SETI Observatory in Panama, using a 0.5 m Newtonian telescope. The observatory’s relatively small telescope uses a unique detection method having enhanced sensitivity to pulsed signals. If any hypothetical extraterrestrials had beamed intentional laser pulses in the visible spectrum toward Earth, the Boquete observatory could have detected them so long as they exceeded the observatory’s minimum detectable limit.

KIC 8462852 has puzzled astronomers because it shows irregular dimming unlike anything seen for another star. The anomalous light curve was measured using NASA’s Kepler telescope, as part of its search for exoplanets. However, even though a planet the size of Jupiter would cause dimming of approximately 1%, the dimming observed for KIC 8462852 was far greater – up to 22%. Just as strange, the dimming didn’t follow the regular pattern of a planet orbiting a star, but instead was unpredictable. The best explanation to date is that the dimming may have been caused by cometary fragments in a highly elliptical orbit around KIC 8462852, intercepting starlight at the same time the Kepler mission was observing it.

“Given the large distance to KIC 8462852, nearly 1500 light-years, any signal received on Earth today would have left the star shortly after the fall of the Roman Empire,” said Marlin Schuetz, Director of the Boquete Optical SETI Observatory and an author on the paper. “We need a sensitive way to detect any laser pulses that have traveled that far,” he added.

To respond to this challenge, the Boquete observatory uses an innovative approach to detect brief laser pulses. Most other optical SETI experiments search for a stream of pulses that is then split apart, with individual pulses channeled to two or more devices called photometers, which are designed to detect individual pulses. Events in the multiple photometers are then compared to identify true light pulses from the sky.  In order to reduce signal losses caused by splitting the beam, the Boquete observatory instead uses a single photometer that receives the full stream of pulses. In a second stage, the output of this single photometer is analyzed for pulses that repeat in a regular, periodic manner – an unmistakable signature of an artificial signal.

“If some day we really detect a signal from an extraterrestrial civilization, we need to be ready to follow up at observatories around the world, as quickly as possible,” said Vakoch. As a first test of this coordination, on three of the nights that optical SETI observations were made from Panama, KIC 8462852 was simultaneously scanned for narrowband radio signals using the Allen Telescope Array in northern California. As was the case for the optical observations, no signals were detected.

Although the “alien megastructure theory” is becoming less and less likely, there are still more studies to do so that astronomers can understand what is causing the unusual pattern of dimming of KIC 8462852.