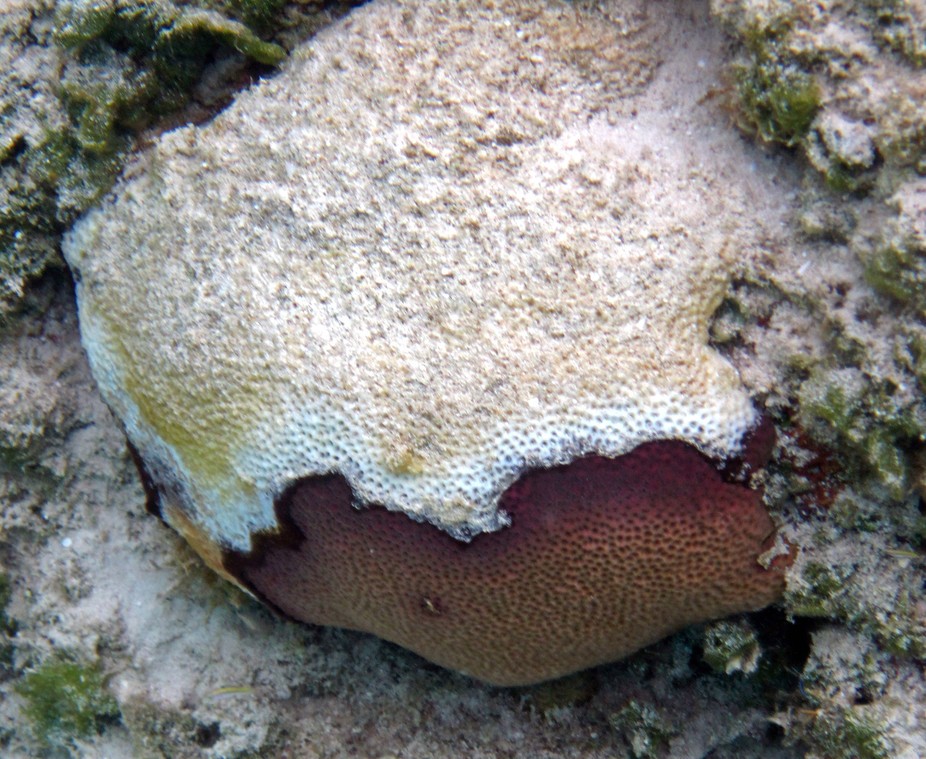 Global climate change is altering the world’s oceans in many ways. Some impacts have received wide coverage, such as shrinking Arctic sea ice, rising sea levels and ocean warming. However, as the oceans warm, marine scientists are observing other forms of damage.

My research focuses on diseases in marine ecosystems. Humans, animals and plants are all susceptible to diseases caused by bacteria, viruses, parasites and fungi. Marine diseases, however, are an emerging field.

Infectious agents have the potential to alter ocean life in many ways. Some threaten our food security by attacking important commercial species, such as salmon. Others, such as bacteria in oysters, may directly harm human health. Still others damage valuable marine ecosystems – most notably coral reefs.

To anticipate these potential problems, we need a better understanding of marine diseases and how climate change affects their emergence and spread.

Recent studies show that for some marine species diseases are spreading and increasing. Climate change may also promote the spread of infectious agents in oceans. Notably, warming water temperatures can expand these agents’ ranges and introduce diseases to areas where they were previously unknown.

Many diseases of marine species are secondary opportunist infections that take advantage when a host organism is stressed by other conditions, such as changes in pH, salinity or temperature. A bacterium that is dormant (and therefore noninfective) at a certain temperature may thrive at a slightly higher temperature.

One well-documented example is the emergence of epizootic shell disease (ESD) in American lobsters. This disease, thought to be caused by bacteria, is characterized by lesions that penetrate inward from a lobster’s shell surface towards the inner flesh, making infected lobsters unmarketable. ESD can also kill lobsters by making it difficult for them to shed their shells in order to grow.

In the 1990s, following almost a decade of above-normal summer temperatures, ESD affected so many lobsters that the Atlantic States Marine Fisheries Commission declared that the Southern New England fishery (Connecticut, Massachusetts, New York and Rhode Island) was in collapse and recommended closing it.
Fishery models that incorporated shell disease offered convincing evidence that ESD was a major factor in the decline of the stock. This episode underscores the importance of considering marine diseases in stock assessments and fishery management.

Now there are concerns that ESD will continue to spread north to Maine’s US$465.9 million lobster fishery. In 2015 the Gulf of Maine showed record high abundances of lobster, making it one of the most productive fisheries in the world.

However, sea surface temperatures in the Gulf of Maine have increased faster than 99 percent of the global ocean over the past decade, warming three times faster than the global average. Since temperature is a primary factor in the spread of this disease, observers fear that it could have devastating effects on Maine’s lobster fishery.

As a doctoral student at Swansea University, U.K., I collaborated with the New England Aquarium in Boston, Massachusetts to investigate this possibility. While we found that European lobsters were more likely to develop shell disease when reared in the presence of American lobsters, on the positive side, they don’t seem to get the same shell disease as American lobsters.

This means that European lobsters may be better equipped to deal with outbreaks of ESD. But with sea surface temperatures in U.K. coastal waters rising since the 1980s by around 0.2-0.9 degrees Celsius per decade, it is important to monitor U.K. waters for this disease.

Now I am now studying the Panuliris argus_1 virus (PaV1) in the Caribbean spiny lobster, where the picture is more dire. Discovered around 2000, this virus is present from the Florida Keys to Venezuela. It can infect up to 60 percent of lobsters in some areas. Laboratory studies indicate that lobsters held in high-temperature seawater and exposed to PaV1 develop active and more intense infections much more quickly than those held at lower temperatures.

Studies from 1982 to 2012 show that waters in the Caribbean are warming, with the most significant temperature increase occurring over the past 15 years – approximately the period when PaV1 appeared. If PaV1 continues to spread, it could have significant effects on the health of Caribbean reefs as a whole, as well as on the valuable Caribbean lobster fishery.

Many other species are also showing increasing effects from marine diseases. The frequency of coral diseases has increased significantly over the last 10 years, causing widespread mortality among reef-building coral, which are home to more than 25 percent of all marine fish species.

In the Pacific, more than 20 species of sea stars were devastated by a wasting disease that ranged from Mexico all the way up to Alaska in 2013 and 2014. Research suggests that 90 percent of some populations were wiped out, and some adult populations have been reduced to a quarter of pre-outbreak numbers.

Scientists believe the cause is a virus which becomes more active in warmer conditions. In both field surveys and laboratory experiments, starfish were found to react faster to the disease in warmer water than in cooler temperatures.

As the oceans continue to warm, it is crucial to understand how our actions are affecting marine life. Some species will not be able to withstand the increase in temperature. The most recent U.S. National Climate Change Assessment projects that outbreaks of marine diseases are likely to increase in frequency and severity as waters warm under climate change. Researchers are working around the world to determine whether and how species will survive disease events in our increasingly altered oceans.