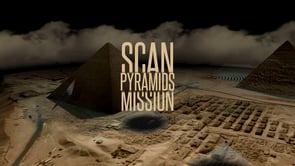 A project called the “Scan Pyramids Mission” is in the process of using various technologies to do just that: non-invasively scan the Egyptian pyramids in hopes of discovering any remaining mysteries and solving them.

Two weeks of infrared thermal scanning on the Great Pyramid was recently completed by the team, and according to a interesting article on the ahramonline website, the scans revealed anomalies that could turn out to be new, unexplored chambers within the pyramid:

The thermal scanning was made at sunrise as the sun heats the structures from the outside, and then at sunset when the pyramids are cooling down. The speed of the heating and cooling phases was used to uncover “anomalies” such as empty areas in the pyramids, which could be internal air currents or different building materials.

Minister of Antiquities Mamdouh Eldamaty told reporters at a press conference, which was held Monday night at the step of the Great Pyramid plateau, that the result of the infrared thermography scan on the first row of the pyramid’s limestone blocks shows that all the blocks have the same temperature, with the exception of three which are hotter.

Eldamaty said that these three blocks were “different in formation,” and that a similar situation was also noted in the middle of the eastern side of the pyramid.

He also said that while inspecting the ground in front the eastern side of the pyramid, scientists found “that there is something like a small passage leading up to the pyramid ground, reaching an area with a different temperature.

Minister Eldamaty has his theories about what will be found, but he stopped short of offering those up the press conference, indicating that he hopes that the upcoming Muon detection scans will help to resolve the question.