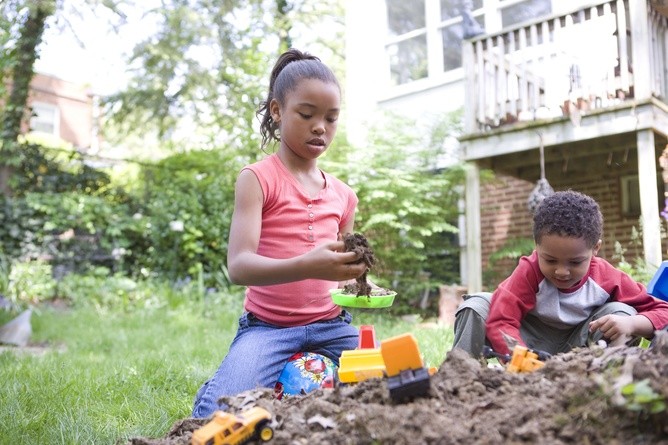 The recent firestorm over lead exposure from drinking water in Flint, Michigan is a reminder of the enduring risk posed by environmental lead. While we can all agree that it is unacceptable for children to be exposed to dangerously high levels of lead, there is less awareness of what this means.

Flint is just one of many cities in the country where lead exposure is a serious issue. For cities with an industrial past and much pre-1978 housing stock, like Cleveland, where we work, the risks to today’s children is of continuing concern. In recent years, we and our colleagues have been examining the incidence and effects of lead exposure on young children in Cleveland and its first-ring suburbs.

Lead is a known neurotoxin that is associated with cognitive deficits in children – even at low levels of exposure. In fact, reports indicate that most of the harm may occur at levels of exposure well below current standards for concern. Though lead is no longer used in household paint and has been removed from gasoline, there is still plenty of it out there. Lead leaching into water pipes, in paint dust and chips, and soil remains a serious threat to children.

Children living in low-income neighborhoods, children of color and children whose families live in rental housing are statistically at the greatest risk of exposure to lead. That means the children most at risk of lead exposure also disproportionately face the effects of poverty, low-resource communities and trauma.

Often attention is focused on the number of children who have an elevated lead test result in a given year. This is an important metric, but it can mask the cumulative role of lead exposure on child development.

For example, in Cuyahoga County, where nearly 25,000 children are tested each year, we have seen the number of children with an elevated blood lead level (above 5 micrograms per deciliter) drop from 35 percent in 2004 to 9 percent in 2013. This is a very encouraging trend showing success from public health efforts.

Despite the fact that the number of children with high lead level rates seems to be going down, it is important to think about the overall share of children that have ever had a positive lead test. These children carry those effects with them as they age.

In a recent unpublished analysis using integrated data from multiple sources, we found that fully 35 percent of children in a sample of preschool classrooms had an elevated blood lead level at some point in their lives.

The treatment options for children with elevated blood lead levels include dietary approaches and dealing with the effects of lead by managing sensory exposures. At greater exposures, chelation therapy – in which a synthetic compound is injected into the bloodstream which binds itself to the heavy metals – can be used. Though chelation has been shown to significantly reduce blood lead levels in the short term, there is evidence of a rebound in lead levels after therapy has concluded. Also, blood lead levels do not fully capture the retention of lead in bone and deep tissue.

Children exposed to lead are at elevated risk for learning delays and academic issues. We have also found that students with confirmed early childhood lead exposure have lower kindergarten readiness scores.

In tracking the experiences of children in our community, we find that lead-exposed children entering high-quality preschool start the year significantly behind their nonexposed peers.

In our ongoing research, we have found that on standardized measures these children score 10-30 percent below their peers on skills such as identifying letters, numbers and shapes. More sobering is the reality that while these children show significant progress during preschool they still finish the year, on average, below where their nonexposed peers start the preschool year.

This disparity is likely to grow as children age unless special efforts are made to address it. Results from Detroit show that these children are much more likely to experience academic challenges as they age.

And it looks like it doesn’t take much lead to cause harm. Other research has shown that blood levels well below the current standard for intervention can also cause negative effects on school readiness for young children.

There is no known safe level of lead exposure

Until a few years ago, the federal standard for action was 10 micrograms per deciliter of blood, and in 2012 it was lowered by half in recognition of evidence showing a lower threshold of concern.

But the truth is there is no known safe level of blood lead for children, and the American Academy of Pediatrics and the Centers for Disease Control and Prevention have said as much.

The medical research community has documented negative impacts on children with even lower levels of lead exposure than the current 5 micrograms per deciliters standard. With that view, we might consider every child with a confirmed nonzero lead test as at-risk.

Based on our analysis of lead data in our county, we calculate that if this standard were adopted in the U.S., our lead exposure rate for kids younger than 6 in a single year would climb from 9 percent to 3-4 times this rate.

Short of ensuring that every housing structure has been certified as lead-safe, parents and caregivers should be the first line of defense in keeping children from this exposure. Testing lead blood levels in children is simply too late.

This is akin to the TSA searching for lethal weapons after the passengers have boarded the flight and the plan has taken off. Once the lead is in the bloodstream, the damage is real and lasting for these children, and the options for response are far fewer and less effective.