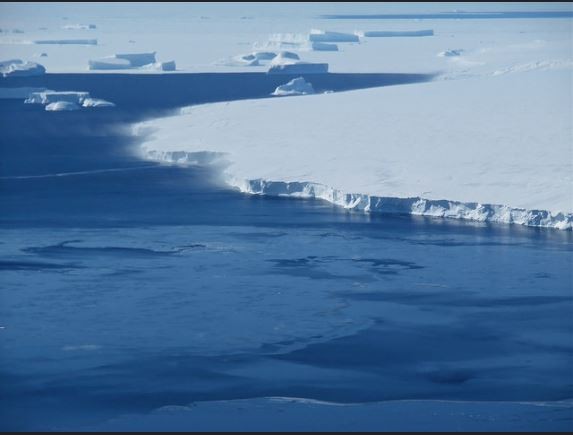 Here is a great “what-if”: if we (the human race) were to burn all available fossil fuels, could we melt the largest and most stable ice sheet on the planet – Antarctica? Could our collective industrial impacts on the planet possibly have that far a reach?

The spoiler is: “yes,” although in our recent computer modeling-based study, we find that it would require all of our fossil fuel resources to do it, and to see the very last of the ice melt, we might have to wait as long as 10,000 years.

Before we get any further, let’s consider this as a thought experiment in ice sheet dynamics and the global carbon cycle response to CO2 emissions to test our understanding of the long-term effects that extreme perturbations could have on the Earth system.

What I have in mind is a socioeconomic carbon use scenario that I hope personally would never come to fruition, but equally one that is not intended to be an implausible scare story or a “sky is-falling-in” simulation of doom and gloom and future global environmental catastrophe. (And also, to be completely honest, it was not my thought experiment in the first place, but instead comes from the head of Ken Caldeira at the Carnegie Institution for Science, Stanford, who was very ably assisted in bringing it to fruition by a brace of ice-sheets modelers at the Potsdam Institute for Climate Impact Research in Germany – Ricarda Winkelmann and Anders Levermann.)

However, given unrestrained burning of fossil fuels, our study does show that the largest mass of ice in the world, including both the East and West Antarctica ice sheets, ultimately is vulnerable to irreversible melting – and dramatic sea-level rise.

Lessons from the past?

We already know that the Antarctic ice sheet has not always been there, and there is abundant geological evidence that around 50-100 million years ago, sea surface temperatures around Antarctica were pleasantly warm and vegetation on the Antarctic Peninsula was lush and warm-temperature. (And yes, prior to 65 millions years ago, there were dinosaurs living there too.) Our best reconstruction of atmosphere CO2 at the time is somewhere in the region of 556-1,112 parts per million (ppm) and higher than the almost 400 ppm we have reached today.

How Antarctic ice would be affected by different emissions scenarios. GtC stands for gigatons of carbon.
Ken Caldeira and Ricarda Winkelmann, Author provided

But this does not provide a particularly helpful guide to future ice sheet susceptibility. These past warm climates represent intervals of millions of years of elevated atmospheric CO2, whereas in the future, CO2 levels will start to drop back down once fossil fuel emissions cease. And this brings us to the crux of the problem, at least from my perspective: just how quickly will CO2 decay back down toward 278 ppm, the preindustrial atmospheric concentration?