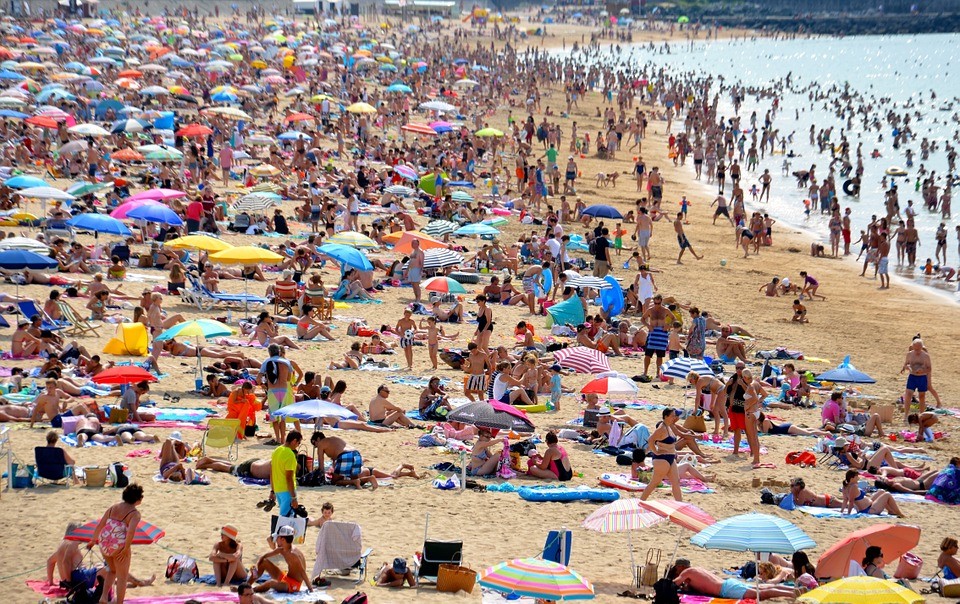 Human populations have not always grown unchecked. A new study of South America’s colonization finds that for much of human history on the continent, human populations grew like an invasive species, which is regulated by the environment as it spreads into new places.

Populations grew exponentially when people first colonized South America. But then they crashed, recovered slightly, and plateaued for thousands of years after over-consuming local natural resources and reaching continental carrying capacity, according to the analysis.

“THINKING ABOUT THE RELATIONSHIP BETWEEN HUMANS AND OUR ENVIRONMENT, UNCHECKED GROWTH IS NOT A UNIVERSAL HALLMARK OF OUR HISTORY.”

“The question is: Have we overshot Earth’s carrying capacity today?” says Elizabeth Hadly, a professor in environmental biology at Stanford University and senior author of the new paper in the journal Nature.

“Because humans respond as any other invasive species, the implication is that we are headed for a crash before we stabilize our global population size.”

The paper is the first in a series on the interaction of local animal populations, humans, and climate during the massive changes of the last 25,000 years in South America. The series will be featured at the Latin American Paleontology Congress this fall.

The study lays a foundation for understanding how humans contributed to the Pleistocene era’s largest extinction of big mammals, such as ground sloths, horses and elephant-like creatures called gomphotheres.

It reconstructs the history of human population growth in South America using a newly assembled database of radiocarbon dates from more than 1,100 archaeological sites. Unlike many archaeological studies that look at environmental change in one particular site, the study provides a picture of long-term change, such as climatic fluctuations, fundamental to human populations rather than a single culture or ecosystem.

The researchers found strong evidence for two distinct phases of demographic growth in South America. The first phase, characterized by logistic growth, occurred between 14,000 and 5,500 years ago and began with a rapid spread of people and explosive population size throughout the continent.

Then, consistent with other invasive species, humans appear to have undergone an early population decline consistent with over-exploitation of their resources. This coincided with the last pulses of an extinction of big animals. Subsequent to the loss of these big animals, humans experienced a long period of constant population size across the continent.

THE RISE OF ‘SEDENTISM’

The second phase, from about 5,500 to 2,000 years ago, saw exponential population growth. This pattern is distinct from those seen in North America, Europe, and Australia.

The seemingly obvious explanation for the second phase—initial domestication of animals and crops—had minimal impact on this shift, the researchers write. Instead, the rise of sedentary societies is the most likely reason for exponential population growth.

“Thinking about the relationship between humans and our environment, unchecked growth is not a universal hallmark of our history, but a very recent development,” says co-lead author Amy Goldberg, a biology graduate student at Stanford. “In South America, it was settled societies, not just the stable food sources of agriculture, that profoundly changed how humans interact with and adapt their environment.”

Today, as the world’s population continues to grow, we turn to technology and culture to reset nature’s carrying capacity and harvest or even create new resources.

“Technological advances, whether they are made of stone or computers, have been critical in helping to shape the world around us up until this point,” says co-lead author Alexis Mychajliw, a graduate student in biology. “That said, it’s unclear if we can invent a way out of planetary carrying capacities.”

The team’s paper is published in the journal Nature.

Source: Republished from Futurity.org as a derivative work under the Attribution 4.0 International license. Original article posted to Futurity by Rob Jordan-Stanford.