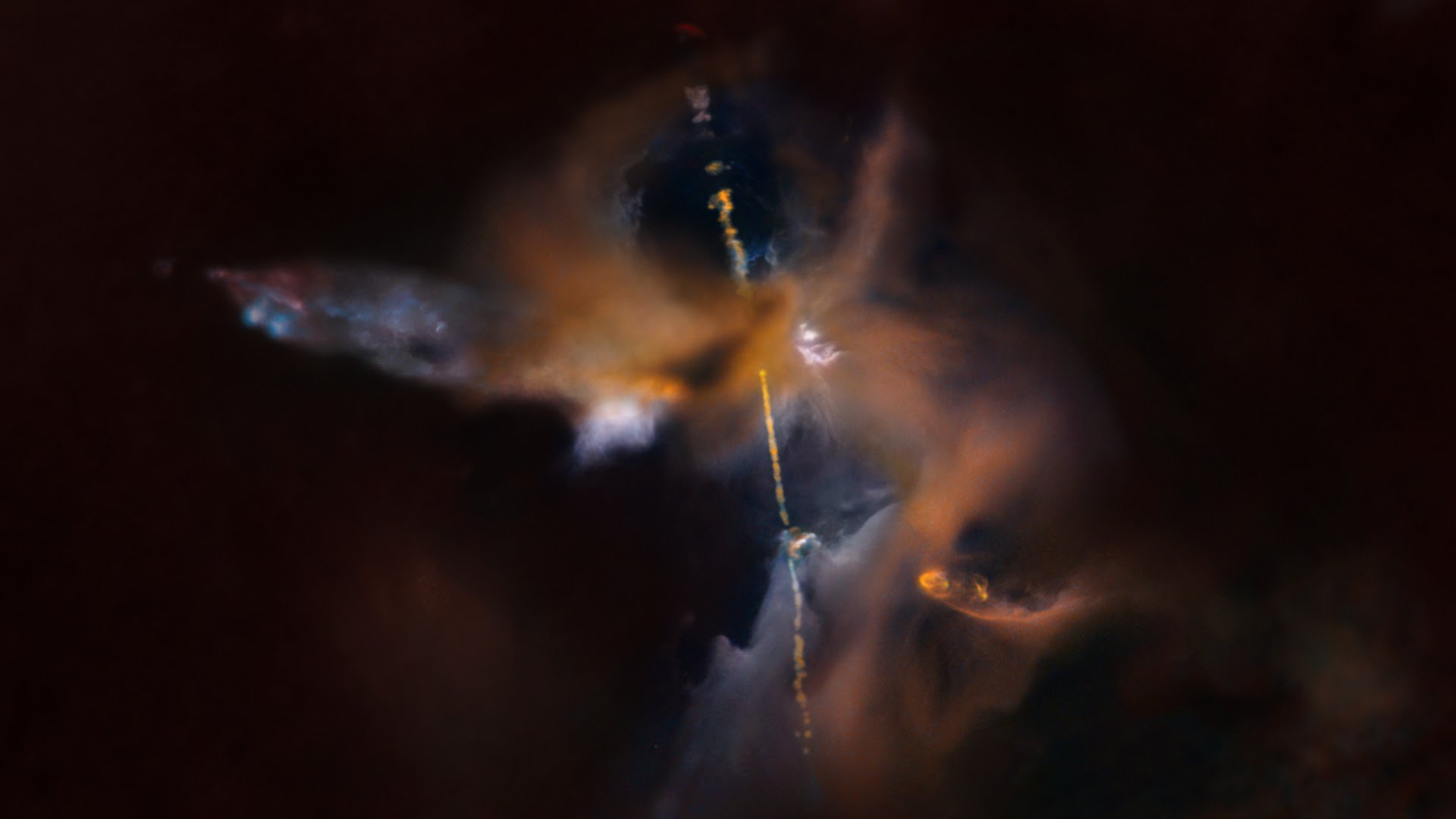 Inspired by the wild wave of “Star Wars: The Force Awakens” excitement, Hubble Space Telescope astronomers have released amazing images of lightsaber-like superheated gas jets that are emanating from a young star that is actually in our own galaxy, and not one that is far, far away.

A great article on GeekWire, which playfully teases the Hubble scientists a bit for tapping into the “Star Wars” hype, provides some excellent details:

Leave it to the scientists behind the Hubble Space Telescope to capitalize on the craziness over “Star Wars: The Force Awakens.” Their latest cosmic snapshot shows what looks like a double-bladed lightsaber worthy of Darth Maul.

The star feeds upon the spinning disk of cool hydrogen gas and dust that surrounds its middle. When the gas is heated up, some of it is shot back outward along the paths of least resistance. Those paths are along the axis of rotation, at the top and bottom of the star. That’s what’s causing the jets.

Hubble shows the jets in infrared light as they cut through the surrounding murk at more than 100,000 mph. The swirls of nebulosity form what’s known as a Herbig-Haro object – in this case, HH 24.

The Hubble scientists also stitched together this incredible video from their images and data to bring you a virtual tour of the “Celestial Lightsabers:”

You can find more details, and teasing from the GeekWire team, about this exceptional gas jet in the excellent article on GeekWire.

And may the force be with you…