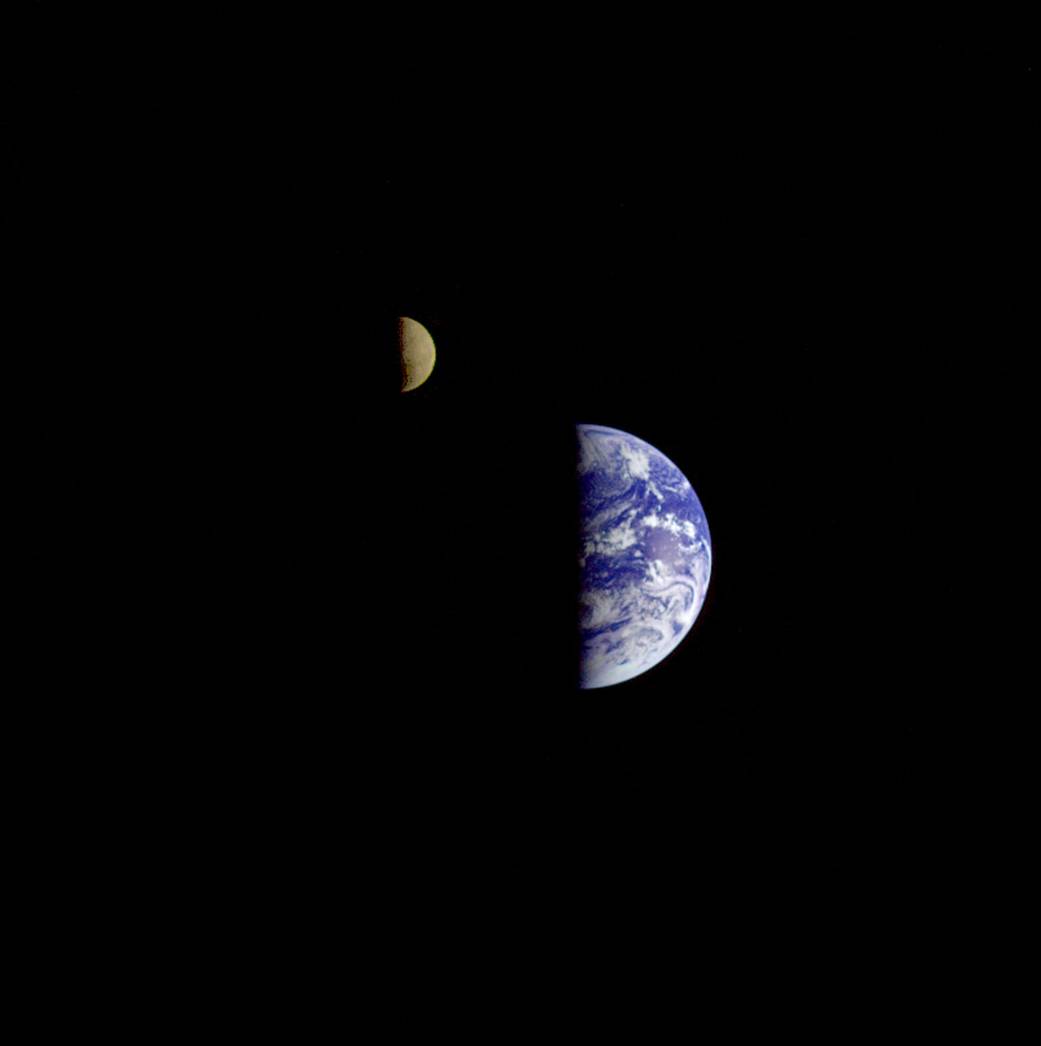 Scientists say there are a couple of problems with the textbook theory of how Earth’s moon formed. One is the moon’s surprisingly Earth-like composition.

Another is that if the moon condensed from a disk of material rotating around Earth’s equator, it should be in orbit over the equator. But the moon’s orbit is tilted 5 degrees off the equator, meaning some more energy must have been put in to move it.

The textbook theory of lunar formation goes like this: late in the formation of the solar system came the “giant impact” phase, when hot, planet-sized objects collided with each other. A Mars-sized object grazed what would become Earth, throwing off a mass of material from which the moon condensed. This impact set the angular momentum for the Earth-moon system, and gave the early Earth a five-hour day. Over millennia, the moon has receded from the Earth and the rotation has slowed to our current 24-hour day.

Scientists have figured this out by looking at the moon’s current orbit, working out how rapidly angular momentum of the Earth-moon system has been transferred by the tidal forces between the two bodies, and working backward.

In 2012, Sarah Stewart, professor of earth and planetary sciences at the University of California, Davis, and her former postdoctoral fellow Matija Ćuk (now a scientist at the SETI Institute in Mountain View, California) proposed that some of the angular momentum of the Earth-moon system could have been transferred to the Earth-sun system. That allows for a more energetic collision at the beginning of the process.

In the new model, a high-energy collision left a mass of vaporized and molten material from which the Earth and moon formed. The Earth was set spinning with a two-hour day, its axis pointing toward the sun.

Because the collision could have been more energetic than in the current theory, the material from Earth and the impactor would have mixed together, and both Earth and moon condensed from the same material and therefore have a similar composition.

This made no major difference to the Earth’s orbit around the sun, but it did flip Earth upright. At this point, the models built by the team show the moon orbiting Earth at a high angle, or inclination, to the equator.

Over a few tens of million years, the moon continued to slowly move away from Earth until it reached a second transition point, the Cassini transition, at which point the inclination of the moon—the angle between the moon’s orbit and Earth’s equator—dropped to about 5 degrees, putting the moon more or less in its current orbit.

The new theory elegantly explains the moon’s orbit and composition based on a single, giant impact at the beginning, says Stewart, senior author of the paper published in the journal Nature. No extra intervening steps are required to nudge things along. “One giant impact sets off the sequence of events.”

NASA supported the research, which included researchers from the University of Maryland and Harvard University.

Sources: Republished from Futurity.org as a derivative work under the Attribution 4.0 International license. Original article posted to Futurity by Andy Fell-UC Davis. Images from NASA, used under public domain rights.