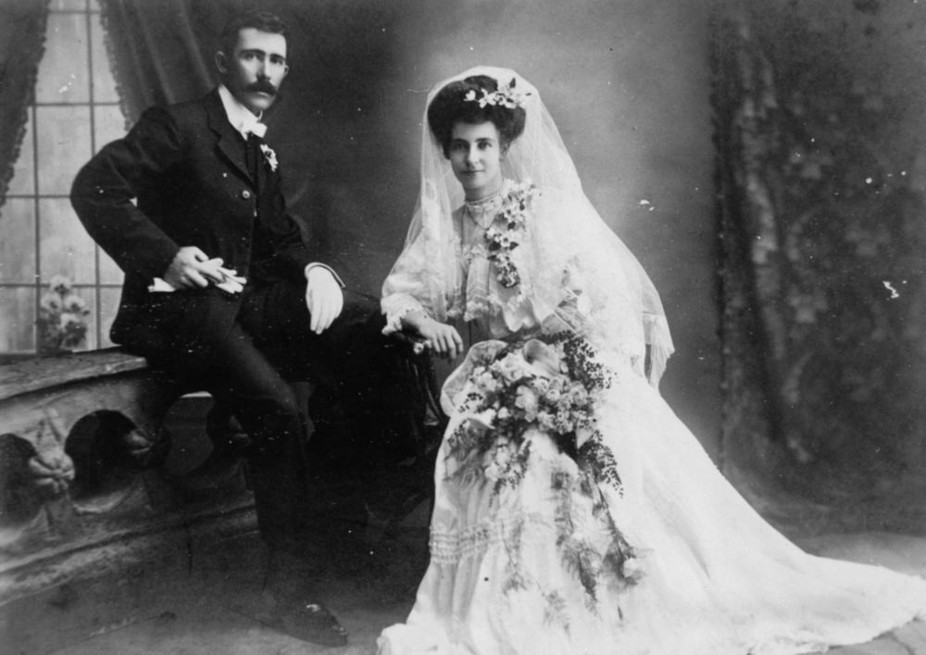 Exactly why so many humans choose monogamous pair bonds over juggling multiple partners has long been a mystery to scientists. After all, having several partners at the same time should lead to more offspring – an outcome you’d think evolution would favour. Now a new study has linked the phenomenon to sexually transmitted diseases, arguing that monogamy could have evolved because it offered protection against the threat of infection.

Monogamy is, of course, the norm in Western societies. But there are many cultures where a husband can have more than one wife (polygyny) or, less commonly, a wife can have more than one husband (polyandry). This diversity of human mating systems is also hard to explain. What we do know, however, is that many hunter-gatherer societies, living in small groups, were most often polygynous (and many remaining groups still are). But with the rise of agriculture, societies tended to become more complex – and less polygynous. In the most strictly monogamous societies, there was often a social punishment for polygynists, either informally or, as in many modern societies, through a legal system.

Many explanations for this evolution have been put forward, including changes to the way that women chose their partners, such as being faithful to men who invested in provisioning for them. Another possibility is that groups of monogamists may have performed better than groups of polygynists. But the new research adds a further option: could an increased risk of infection from sexually transmitted infections associated with polygyny have contributed to – or even driven – the overall move from polygyny to monogamy?

Sexually transmitted diseases have been infecting humans for a long time. Prior to modern medicine, they also often caused significant harm – especially to the reproductive system. Clearly, these diseases infect polygynists more than monogamists, and it has been argued that when a polygynist and a serial monogamist have the same number of partners overall, the polygynist is more likely to pick up a dose of something nasty than the monogamist. According to computer modelling, this is because contact networks are more connected when you have concurrent partners than when you have serial partner change. Either way, overall, these effects could have had a big enough impact on the well-being of polygynists to allow monogamous individuals to take over a population.

The challenges of modelling

It’s certainly a good argument. But it’s hard to assess how likely it is to be true. This is because we know very little about the risk of sexually transmitted diseases in hunter-gatherer societies or historical societies transitioning to agriculture. This is a common problem in science: we can only make progress when we can test an idea, but plausible ideas are sometimes very hard to evaluate without massive effort.

One option in these cases is to do your experiment in the form of a computer simulation. This is what the researchers behind the new study did, modelling the impact of a bacterial sexually transmitted disease similar to gonorrhoea or chlamydia. Their results strongly back the hypothesis that such diseases could have triggered monogamy.

In their model, sexually transmitted diseases tend to “fade out” from small groups such as polygynist hunter-gatherers. This occurs because of random chance events that are more likely to be important in small groups, such as all the infected people suddenly getting better or dying. In larger, agricultural groups, however, such fade-out is much less likely, so sexually transmitted diseases tend to persist, damaging the health and reducing the birth rates of polygynists while allowing monogamists to take over.

What’s more, the monogamists that are most likely to take over a group for a long period are those that follow a “punishment strategy”, which fits with what we observe in many societies today.

So is the puzzle solved? Not quite yet. Computer simulations are useful and can tell us important things, but they are always limited and necessarily simplify the real world. In this case, for example, the researchers assumed that the disease they were modelling had similar pathological effects on men and women, whereas in reality many sexually transmitted diseases affect women more severely than men, potentially changing the effect of the disease on polygynists.

Further questions are raised by research into sexually transmitted diseases in animals, which hasn’t really found a clear relationship between promiscuity and disease. In fact, computer modelling work focused on animals has found that promiscuous and monogamous individuals can coexist even in the presence of a dangerous disease. What’s more, there are examples of highly promiscuous animals which are heavily infected with sexually transmitted diseases yet carry on regardless (two-spot ladybirds in Continental Europe are one example, believe it or not).

As the researchers themselves point out, there are indeed some challenges associated with this idea. More detailed simulations or better data on sexually transmitted infections in societies where people live in small groups would make the picture clearer. For now, it remains an intriguing and plausible suggestion that we should explore further. Given the continuing threats posed by sexually transmitted diseases today it’s surprising that it’s taken this long for someone to put two and two together and suggest that the advent of monogamy may have served a very practical purpose.