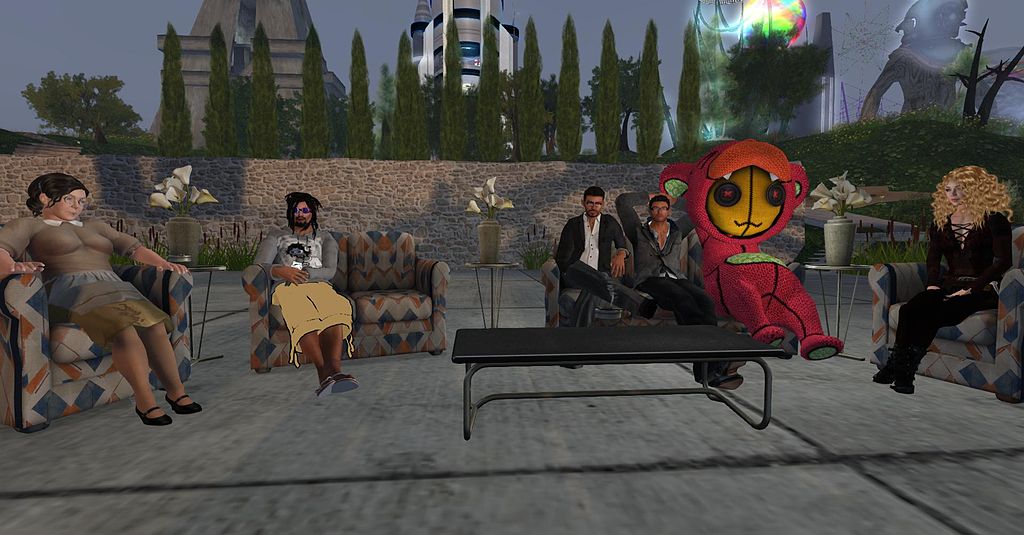 The teenagers who were hooked on Pac-Man in the arcades and amusement parks of the early 1970s are getting ready for retirement, but many of them have never stopped playing video games. In fact, it doesn’t look like they are going to stop gaming anytime soon.

These numbers may seem big, but they are just the tip of an enormous iceberg. The silver-haired gamer generation is not nearly as large as the number of current high school and college students who are obsessed with gaming and e-sports. Today’s number – 37 million American gamers over 50 – could balloon to 105 million by 2045, if U.N. population predictions bear out and the share of gamers in the population remains the same as was found in a 2008 Pew Research Center study.

As a researcher into games in later life, I would argue that this phenomenon potentially offers great health outcomes. Though playing video games is not typically seen as something that older adults do, there is academic literature that discusses its many benefits: it activates the mind and body, and it facilitates social connectedness.

Considering that many older adults suffer from social isolation and age-related decline in cognitive and physical capabilities, playing video games could be a game changer for how we age. To achieve this, game producers need to change how they develop and design video games, keeping this potentially large demographic in mind.

If older people are going to remain – or even become – gamers as they age, video games need to be accessible for aging players.

That means games need to provide learning curves that are optimized for older audiences. Unfortunately, even very well-crafted games can be difficult to learn for older players who have limited experience playing games. I tried out Hearthstone with the Adult Gamers Club I organize on a regular basis. While the game has a great tutorial that works well for younger players, some of the over-50 club members struggled immensely to complete it. The amount of information, the card-game jargon and the pace at which this information is provided simply proved to be too much for some of them. These people are all healthy older adults with no significant age-related disabilities, but they could nonetheless use some minor accommodations when learning how to play a relatively simple card game such as Hearthstone.

Older adults who have significant age-related disabilities may need many other accommodations. Thankfully, the International Game Developers Association has a group focused on accessibility, with a website offering many recommendations for how to ensure games can be played by people with varying age-related conditions, such as hearing, ambulatory, vision and cognitive difficulties. Common customization features such as contrast adjustments, configurable input, color calibration, sound level adjustments and closed captions already make a big difference in increasing games’ accessibility.

The more games meet these recommendations, the longer people will be able to keep playing games. Without accessibility, game developers will have a hard time retaining an aging audience: more than one-third of people 65 and older have reported a disability, according to the U.S. Department of Health and Human Services. Other studies report even higher numbers – and those are difficulties that qualify as a disability. Some age-related constraints will prevent players from playing certain games before they are actually a disability. For example, reduced reaction speeds can result in a game becoming unplayable well before any problems for daily life activities are noticed.

Games also need to be interesting – even meaningful – for older gamers.

First, the research has demonstrated a few trends. Like younger audiences, older adults play a very broad range of games. They particularly enjoy games that provide an intellectual challenge and a mature story. They tend to dislike games that require fast reaction speeds or that are very violent or overly sexualized.

Second, research shows that older adults feel that the mainstream game industry does not pay enough attention to them, and that many video games are derivative of preexisting games and put too much emphasis on graphics and not enough on meaningful or innovative content.

Marketing of video games toward older players has largely focused on health outcomes, rather than entertaining or meaningful gameplay. Just think about brain games such as Brain Age: Train Your Brain in Minutes a Day!.

While games like these could potentially be good for their players, research has not provided compelling scientific evidence that these games can reduce or reverse cognitive decline. Outside of health games, there has been little marketing toward older players, and whenever older players are featured in a game themselves, they are typically stereotyped, disenfranchised or used for comedy.

Considering all this, there is a lot of untouched potential for video games in later life. Nonetheless, the future looks extremely bright.

I can picture my own retirement already. If I were a healthy person aged 65 or older today, I would exercise my wits by trying to reach legendary rank in Hearthstone, get an occasional workout in with the HTC Vive, keep my fingers nimble by casually playing Super Smash Bros. with my retired peers, keep an active online social life by leading a guild of older players in The Secret World, and eat up every great new indie game that came out (such as Her Story or Papers, Please). And I would probably try to make some extra cash by being a Twitch streamer while I am playing all these games.

This is a very different gaming diet than what most people seem to expect when I talk to them about older players. Nonetheless, there is a great big world outside of solitaire, Sudoku and brain games for older players to explore, and it arguably has a lot more to offer them as well.

We should therefore make sure that tomorrow’s games are ready to meet the needs of its aging players in both their design and marketing.