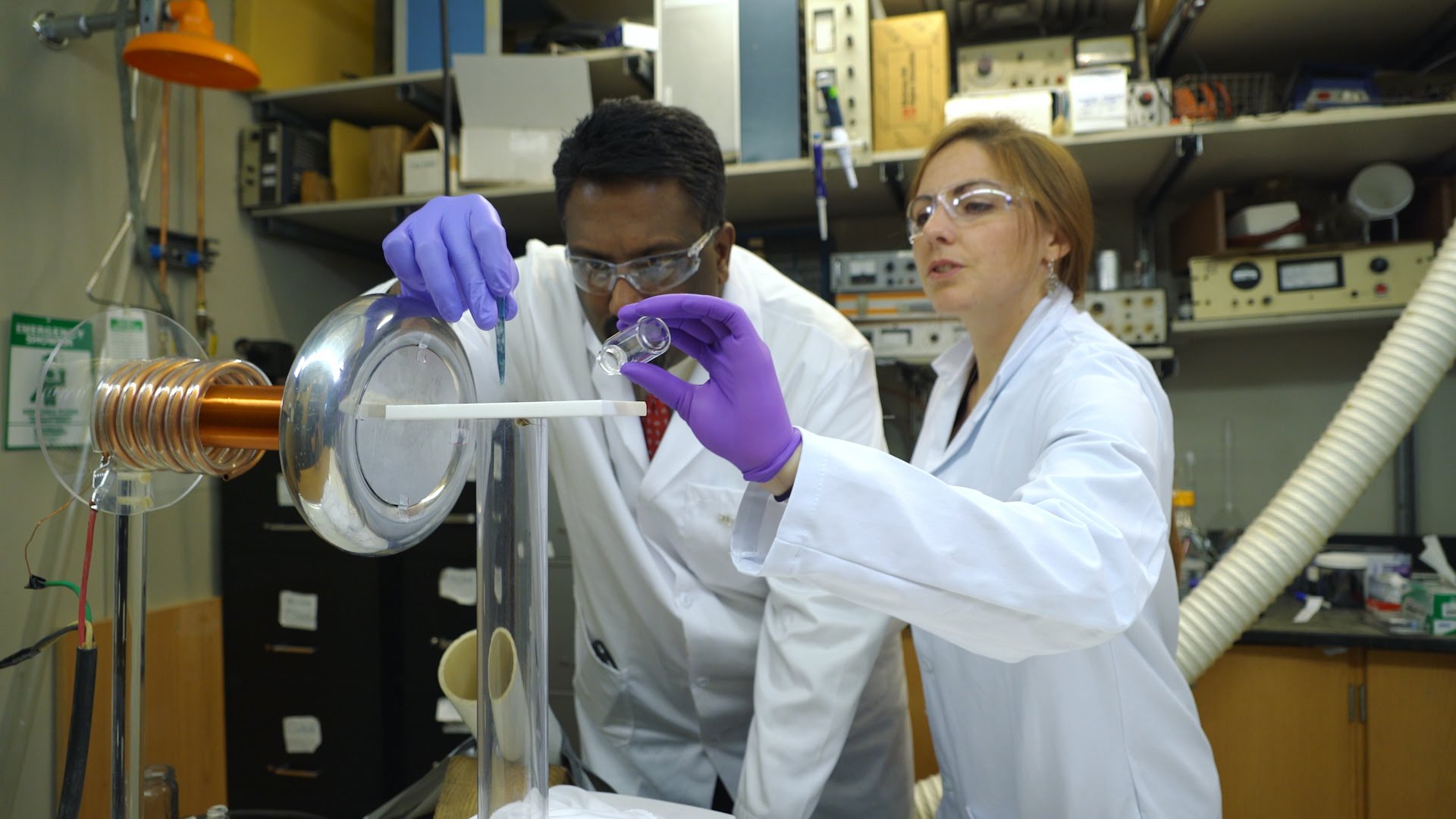 The strong force field emitted by a Tesla coil causes carbon nanotubes to self-assemble into long wires, a phenomenon scientists are calling “Teslaphoresis.”

Chemist Paul Cherukuri of Rice University, who led the team that made the discovery, thinks the research sets a clear path toward scalable assembly of nanotubes from the bottom up.

The system works by remotely oscillating positive and negative charges in each nanotube, causing them to chain together into long wires. Cherukuri’s specially designed Tesla coil even generates a tractor beam-like effect as nanotube wires are pulled toward the coil over long distances.

This force-field effect on matter had never been observed on such a large scale, says Cherukuri, and the phenomenon was unknown to Nikola Tesla, who invented the coil in 1891 with the intention of delivering wireless electrical energy.

“Electric fields have been used to move small objects, but only over ultrashort distances,” adds Cherukuri. “With Teslaphoresis, we have the ability to massively scale up force fields to move matter remotely.”

The researchers discovered that the phenomenon simultaneously assembles and powers circuits that harvest energy from the field. In one experiment, nanotubes assembled themselves into wires, formed a circuit connecting two LEDs, and then absorbed energy from the Tesla coil’s field to light them.

Cherukuri realized a redesigned Tesla coil could create a powerful force field at distances far greater than anyone imagined. His team observed alignment and movement of the nanotubes several feet away from the coil. “It is such a stunning thing to watch these nanotubes come alive and stitch themselves into wires on the other side of the room,” he says.

Nanotubes were a natural first test material, given their heritage at Rice, where the HiPco production process was invented. But the researchers envision many other nanomaterials can be assembled as well.

Lindsey Bornhoeft, the lead author of the paper in ACS Nano and a biomedical engineering graduate student at Texas A&M University, says the directed force field from the bench-top coil at Rice is restricted to just a few feet. To examine the effects on matter at greater distances would require larger systems that are under development. Cherukuri suggests patterned surfaces and multiple Tesla coil systems could create more complex self-assembling circuits from nanoscale-sized particles.

Cherukuri and his wife, Tonya, a coauthor of the paper, say their son Adam made some remarkable observations while watching videos of the experiment.

“I was surprised that he noticed patterns in nanotube movements that I didn’t see,” Cherukuri says. “I couldn’t make him an author on the paper, but both he and his little brother John are acknowledged for helpful discussions.”

Cherukuri and his team look forward to seeing where their research leads. “These nanotube wires grow and act like nerves, and controlled assembly of nanomaterials from the bottom up may be used as a template for applications in regenerative medicine,” Bornhoeft says.

“There are so many applications where one could utilize strong force fields to control the behavior of matter in both biological and artificial systems,” Cherukuri says. “And even more exciting is how much fundamental physics and chemistry we are discovering as we move along. This really is just the first act in an amazing story.”

Source: Republished from Futurity.org as a derivative work under the Attribution 4.0 International license. Original article posted to Futurity by Mike Williams-Rice.