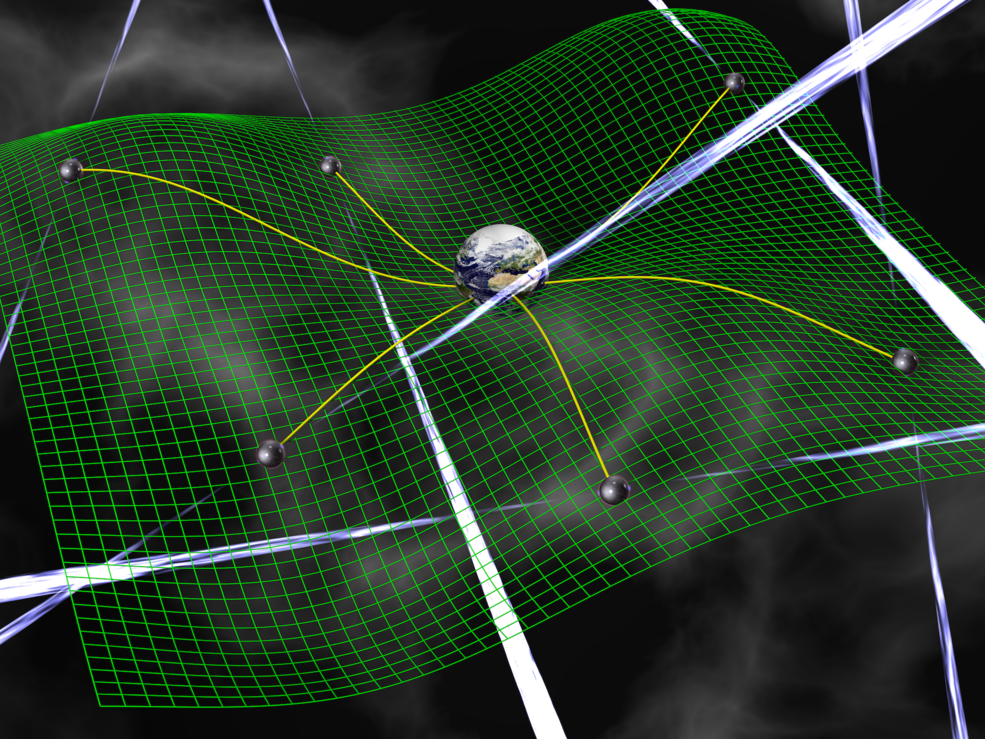 Finding evidence for supermassive black hole binaries has been a challenge for astronomers. The centers of galaxies contain many stars, and even monstrous black holes are quite small — comparable to the size of our solar system. Seeing visible signatures of these binaries amid the glare of the surrounding galaxy has been difficult for astronomers.

Radio astronomers search instead for the gravitational signals from these binaries. In 2007, NANOGrav began observing a set of the fastest-rotating pulsars to try to detect tiny shifts caused by gravitational waves.

Pulsars emit beams of radio waves, some of which sweep across Earth once every rotation. Astronomers detect this as a rapid pulse of radio emission. Most pulsars rotate several times a second. But some, called millisecond pulsars, rotate hundreds of times faster.

“Millisecond pulsars have extremely predictable arrival times, and our instruments are able to measure them to within a ten-millionth of a second,” said Maura McLaughlin, a radio astronomer at West Virginia University in Morgantown and member of the NANOGrav team. “Because of that, we can use them to detect incredibly small shifts in Earth’s position.”

But astrophysicists at JPL and Caltech caution that detecting faint gravitational waves would likely require more than a few pulsars. “We’re like a spider at the center of a web,” said Michele Vallisneri, another member of the JPL/Caltech research group. “The more strands we have in our web of pulsars, the more likely we are to sense when a gravitational wave passes by.”

Vallisneri said accomplishing this feat will require international collaboration. “NANOGrav is currently monitoring 54 pulsars, but we can only see some of the southern hemisphere. We will need to work closely with our colleagues in Europe and Australia in order to get the all-sky coverage this search requires.”

NANOGrav is one more effort that is now kicking into high gear in the “gravitational wave detection” business, and there are surely more to come. For additional details on NANOGrav, see the excellent article on the NASA website.