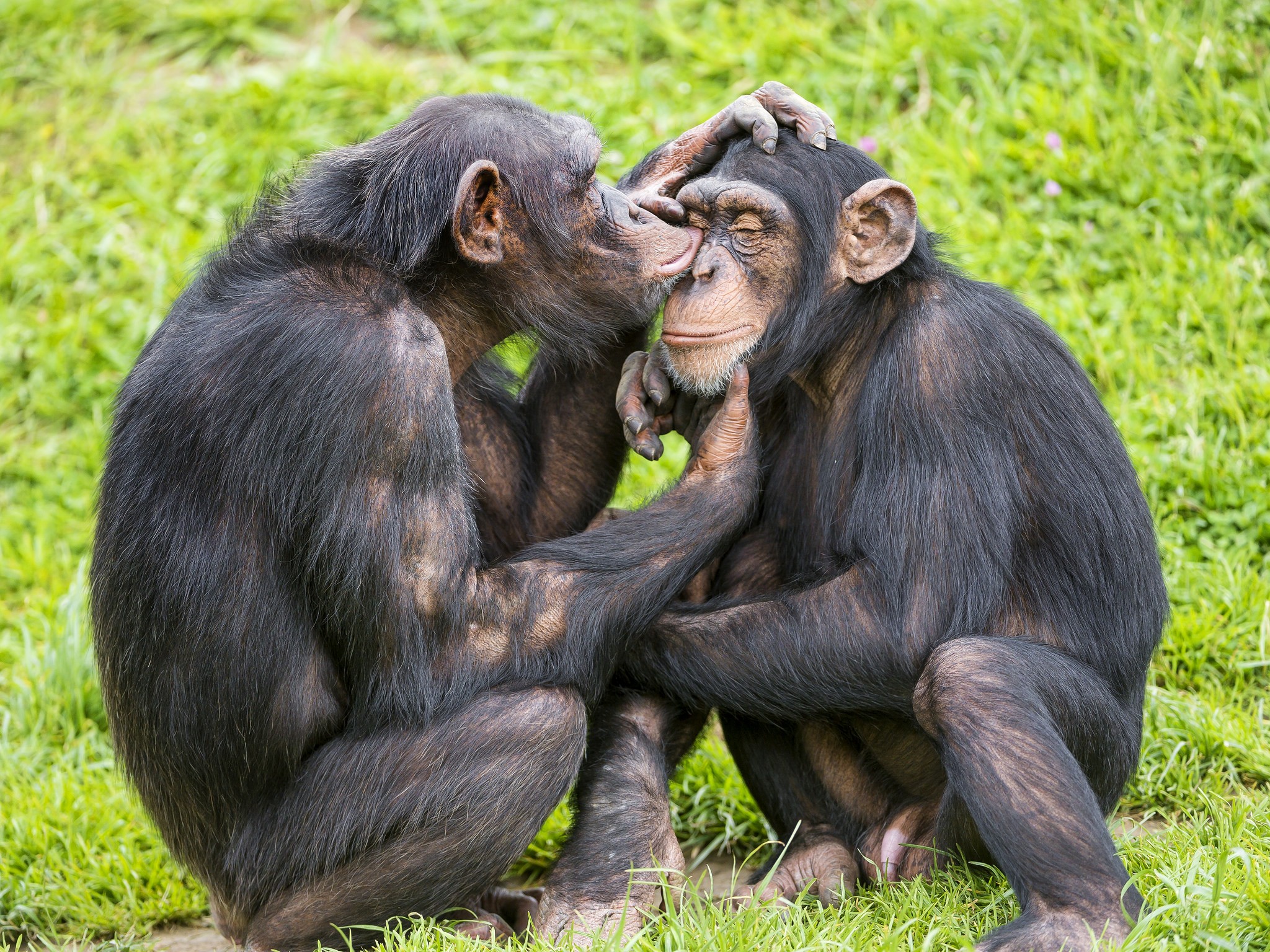 Spending lots of time in close contact with others can up the risk of catching germs and getting sick. But being social may also help transmit “good” microbes, according to a new study of gut microbiomes in chimpanzees.

Researchers monitored changes in the gut microbes and social behavior of wild chimpanzees over eight years in Gombe National Park, Tanzania. The findings show that the number of bacteria species in a chimp’s GI tract goes up when the chimps are more gregarious.

The warm, soft folds of our intestines are home to hundreds of species of bacteria and other microbes that help break down food, synthesize vitamins, train the immune system, and fight infections. Reduced gut microbial diversity in humans has been linked to obesity, diabetes, Crohn’s, and other diseases.

“The more diverse people’s microbiomes are, the more resistant they seem to be to opportunistic infections,” says coauthor Andrew Moeller, research fellow at the University of California, Berkeley.

For the study, researchers analyzed the bacterial DNA in droppings collected from 40 chimpanzees between 2000 and 2008. The chimpanzees ranged in age from infants to seniors and identified thousands of species of bacteria thriving in the animals’ guts, many of which are also commonly found in humans, such as species of Olsenella and Prevotella.

They then combined the microbial data with daily records of what the animals ate and how much time they spent with other chimps versus alone.

Each chimpanzee carried roughly 20 to 25 percent more bacterial species during the abundant and social wet season than during the dry season. But the microbiome differences weren’t solely due to seasonal changes in the fruit, leaves, and insects that make up their diet.

The chimps’ shifts between hobnobbing and loner lifestyles were also important, continue reading to learn why that is.