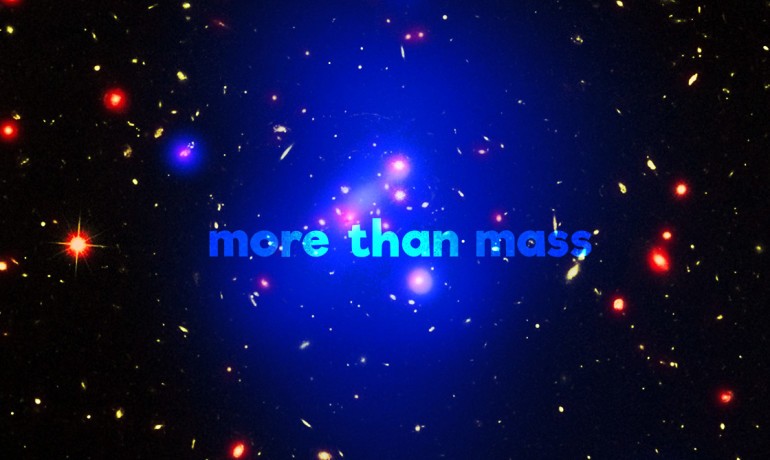 Galaxy clusters are groupings of hundreds to thousands of galaxies bound together by gravity, and are the most massive structures found in the universe.

These clusters are embedded in a halo of invisible dark matter. There is a connection between galaxy clusters and their dark matter halos that holds a great deal of information about the universe’s content of dark matter and accelerating expansion due to dark energy.

“MEASURING THE WAY GALAXY CLUSTERS CLUMP TOGETHER ON LARGE SCALES IS A LINCHPIN OF MODERN COSMOLOGY.”

Traditionally, cosmologists have predicted and interpreted clustering by calculating just the masses of the clusters and their halos.

However, theoretical studies and cosmological simulations suggested that mass is not the only element at play—something called assembly bias, which takes into account when and how a galaxy cluster formed, also could impact clustering.

“Simulations have shown us that assembly bias should be part of our picture,” says Rachel Mandelbaum, a member of Carnegie Mellon University’s McWilliams Center for Cosmology. “Confirming this observationally is an important piece of understanding galaxy and galaxy cluster formation and evolution.”

In the current study, the research team—led by Hironao Miyatake, Surhud More, and Masahiro Takada of the Kavli Institute for the Physics and Mathematics of the Universe—analyzed observational data from the Sloan Digital Sky Survey’s DR8 galaxy catalog. They demonstrated that when and where galaxies group together within a cluster impacts the cluster’s relationship with its dark matter environment.

They then used a technique called gravitational lensing to show that, while the two groups of clusters had the same mass, they interacted with their environment much differently. The group of clusters with diffuse galaxies were much more clumpy than the group of clusters that had their galaxies close to the center.

“Measuring the way galaxy clusters clump together on large scales is a linchpin of modern cosmology. We can go forward knowing that mass might not be the only factor in clustering,” Mandelbaum says.

The team, which included researchers from Princeton and the University of Arizona, published a paper in Physical Review Letters.

The Japan Society for the Promotion of Science, the World Premier International Research Center Initiative, the FIRST program, the National Science Foundation, NASA, and the US Department of Energy supported the project.

Republished from Futurity.org as a derivative work under the Attribution 4.0 International license. Original article posted to Futurity by Jocelyn Duffy-Carnegie Mellon.