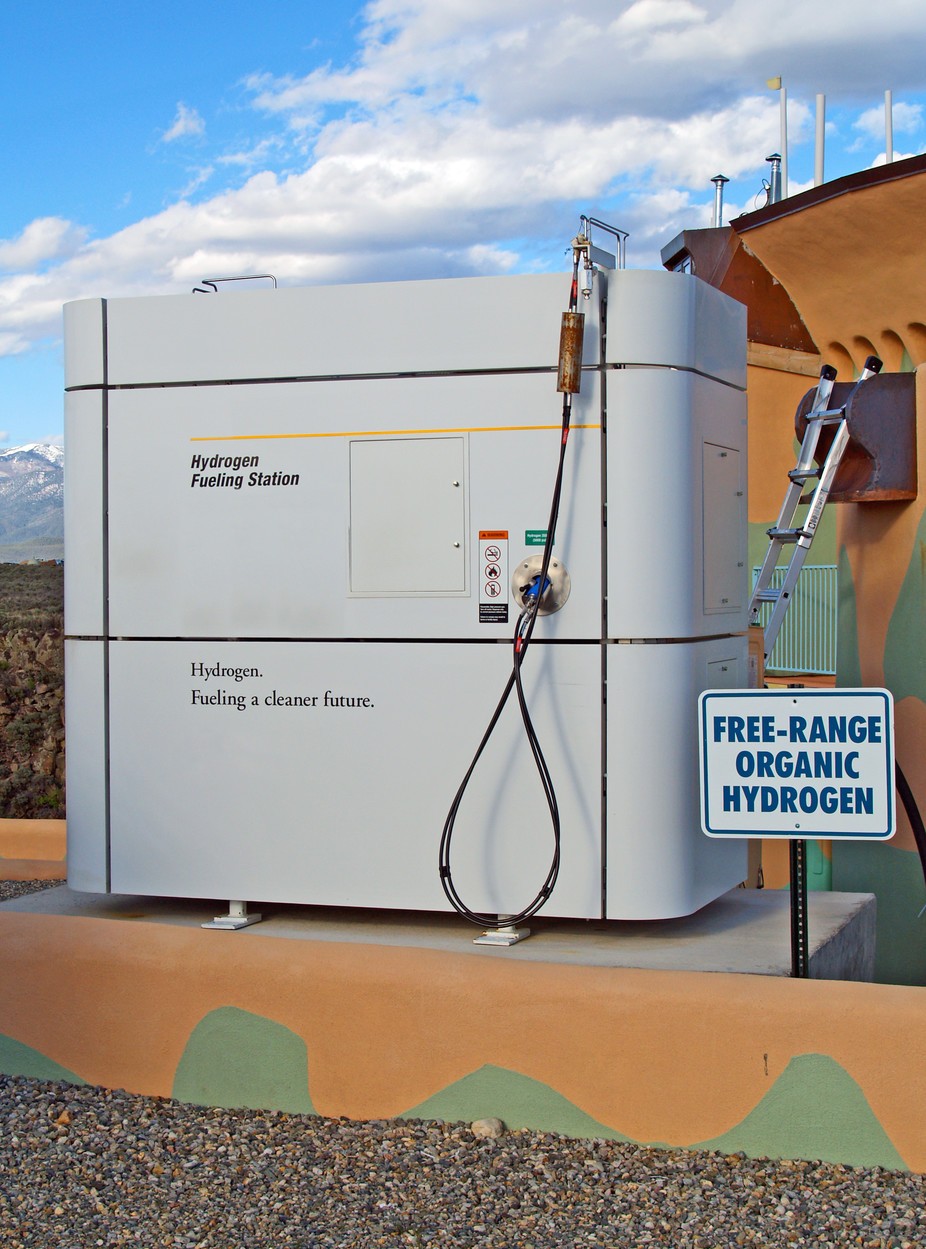 With hydrogen power stations in California, a new Japanese consumer car and portable hydrogen fuel cells for electronics, hydrogen as a zero emission fuel source is now finally becoming a reality for the average consumer. When combined with oxygen in the presence of a catalyst, hydrogen releases energy and bonds with the oxygen to form water.

The two main difficulties preventing us from having hydrogen power everything we have are storage and production. At the moment, hydrogen production is energy-intensive and expensive. Normally, industrial production of hydrogen requires high temperatures, large facilities and an enormous amount of energy. In fact, it usually comes from fossil fuels like natural gas – and therefore isn’t actually a zero-emission fuel source. Making the process cheaper, efficient and sustainable would go a long way toward making hydrogen a more commonly used fuel.

An excellent – and abundant – source of hydrogen is water. But chemically, that requires reversing the reaction in which hydrogen releases energy when combining with other chemicals. That means we have to put energy into a compound, to get the hydrogen out. Maximizing the efficiency of this process would be significant progress toward a clean-energy future.

One method involves mixing water with a helpful chemical, a catalyst, to reduce the amount of energy needed to break the connections between hydrogen and oxygen atoms. There are several promising catalysts for hydrogen generation, including molybdenum sulfide, graphene and cadmium sulfate. My research focuses on modifying the molecular properties of molybdenum sulfide to make the reaction even more effective and more efficient.

Hydrogen is the most abundant element in the universe, but it’s rarely available as pure hydrogen. Rather, it combines with other elements to form a great many chemicals and compounds, such as organic solvents like methanol, and proteins in the human body. Its pure form, H₂, can used as a transportable and efficient fuel.

There are several ways to produce hydrogen to be usable as fuel. Electrolysis uses electricity to split water into hydrogen and oxygen. Steam methane reforming starts with methane (four hydrogen atoms bound to a carbon atom) and heats it, separating the hydrogen from the carbon. This energy-intensive method is usually how industries produce hydrogen that is used in things like producing ammonia or the refining of oil.

The method I’m focusing on is photocatalytic water splitting. With a catalyst’s help, the amount of energy needed to “split” water into hydrogen and oxygen can be provided by another abundant resource – light. When exposed to light, a proper mixture of water and a catalyst produces both oxygen and hydrogen. This is very attractive to industry because it then allows us to use water as the source of hydrogen instead of dirty fossil fuels.

Just as not every two people start up a conversation if they’re in the same elevator, some chemical interactions don’t occur just because the two materials are introduced. Water molecules can be split into hydrogen and oxygen with the addition of energy, but the amount of energy needed would be more than would be generated as a result of the reaction.

Sometimes it takes a third party to get things going. In chemistry, that’s called a catalyst. Chemically speaking, a catalyst lowers the amount of energy needed for two compounds to react. Some catalysts function only when exposed to light. These compounds, like titanium dioxide, are called photocatalysts.

With a photocatalyst in the mix, the energy needed to split water drops significantly, so that the effort nets an energy gain at the end of the process. We can make the splitting even more efficient by adding another substance, in a role called co-catalyst. Co-catalysts in hydrogen generation alter the electronic structure of the reaction, making it more effective at producing hydrogen.

So far, there aren’t any commercialized systems for producing hydrogen this way. This is in part because of cost. The best catalysts and co-catalysts we’ve found are efficient at helping with the chemical reaction, but are very expensive. For example, the first promising combination, titanium dioxide and platinum, was discovered in 1972. Platinum, however, is a very expensive metal (well over US$1,000 per ounce). Even rhenium, another useful catalyst, costs around $70 an ounce. Metals like these are so rare in the Earth’s crust that this makes them not suitable for large-scale applications even though there are processes being developed to recycle these materials.

There are many requirements for a good catalyst, such as being able to be recycled and being able to withstand the heat and pressure involved in the reaction. But just as crucial is how common the material is, because the most abundant catalysts are the cheapest.

One of the newest and most promising materials is molybdenum sulfide, MoS₂. Because it is made up of the elements molybdenum and sulfur – both relatively common on Earth – it is far cheaper than more traditional catalysts, well under a dollar per ounce. It also has the correct electronic properties and other attributes.

Before the late 1990s, researchers had found that molybdenum sulfide was not particularly effective at turning water into hydrogen. But that was because researchers were using thick chunks of the mineral, essentially the form it’s in when mined from the ground. Today, however, we can use processes like chemical vapor deposition or solution-based processes to create much thinner crystals of MoS₂ – even down to the thickness of a single molecule – which are vastly more efficient at extracting hydrogen from water.

Making the process even better

Molybdenum sulfide can be made even more effective by manipulating its physical and electrical properties. A process known as “phase change” makes more of the substance available to participate in the hydrogen-producing reaction.

When molybdenum sulfide forms crystals, the atoms and molecules on the outside of the solid mass are ready to accept or donate electrons to water when excited by light to drive the creation of hydrogen. Normally, the MoS₂ molecules on the inside of the structure will not donate or accept electrons as efficiently as the edge sites, and so can’t help as much with the reaction.

But adding energy to the MoS₂ by bombarding it with electrons, or increasing the surrounding pressure, causes what is called “phase change” to occur. This phase change is not what you learn in basic chemistry (involving one substance taking forms of gas, liquid or solid) but rather a slight structural change in the molecular arrangement that changes the MoS₂ from a semiconductor to a metal.

As a result, the electrical properties of the molecules on the inside become available to the reaction as well. This makes the same amount of catalyst potentially 600 times more effective in the hydrogen evolution reaction.

If the methods behind this sort of breakthrough can be perfected, then we may be a big step closer to making hydrogen production cheaper and more efficient, which in turn will move us toward a future powered by truly clean, renewable energy.