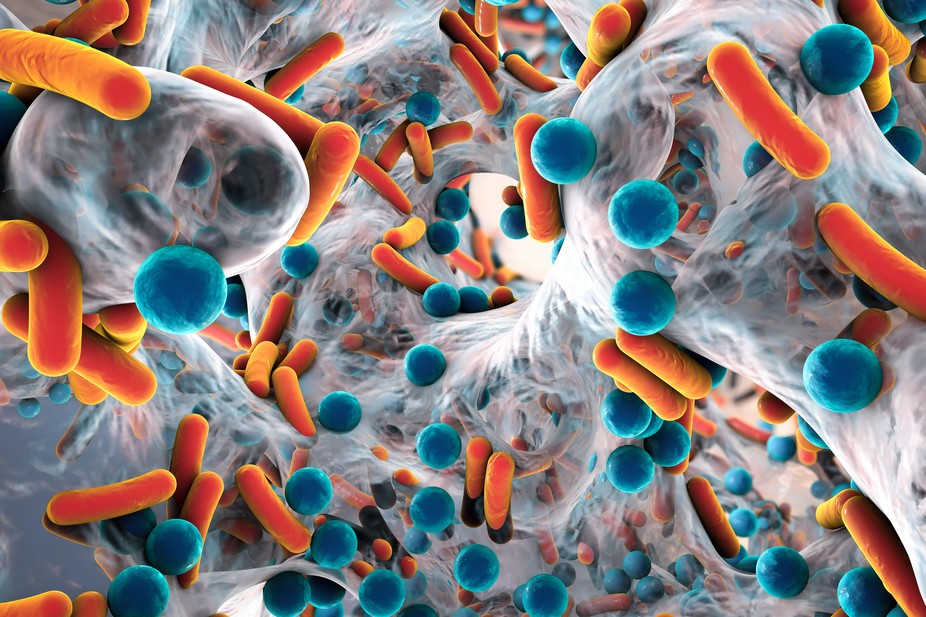 Think back to the last time you came down with a cold and what it felt like to be sick. For most people, the feeling of sickness is a set of psychological and behavioral changes including fatigue, lethargy, changes in appetite, changes in sleep patterns and a desire to be away from others.

Of course, none of these changes feel particularly good, but what if they are actually good for us in terms of recovering from the infection?

Interestingly, these infection-induced behavioral changes, collectively known as “sickness behaviors,” occur in most other animals – from your pet dogs and cats to the worms in your backyard. Because so many animals exhibit sickness behaviors during infection, scientists have thought for decades that these behaviors may protect us from infections.

One common theory is that although we are starving ourselves, starvation is worse for the bacteria or virus than it is for us. Some scientific evidence supports this theory, but a lot does not.

Recently we ventured to reexamine why we lose our appetites when we get sick.

Why your appetite matters when you get an infection

The question of whether or not we should eat when we get sick is commonly argued, both at home and in the hospital. Every family has its own beliefs about how to address appetite loss during infection.

Some believe it’s best to keep well-fed regardless of desire to eat, some swear by old adages like “feed a fever, starve a cold” and few suggest letting the sick individual’s appetite guide their food consumption. Determining which of these is the right approach – or if it even matters – could help people recover better from mild infections.

But how much food is the right amount of food? And what type of food is best? And which patients should we feed? Doctors have struggled with these questions for decades and have performed many clinical trials to test different feeding regimens, but no definitive conclusions have been reached.

If we could understand the role of appetite in infection, we could provide more rational care for infected patients at home and in the hospital.

Is losing your appetite a good thing when you’re sick?

Based on our recent findings, it depends.

Like humans, lab mice lose their appetite when infected. When we infected mice with the bacteria Listeria monocytogenes and fed them, they died at a much higher frequency.

In stark contrast, when we infected mice with the flu virus and fed them, they survived better than their unfed counterparts.

We found the glucose in food was largely responsible for the effects of feeding. These effects were reversed when we blocked the cell’s ability to use glucose with chemicals called 2-deoxy-glucose (2DG) or D-manno-heptulose (DMH).

Why does eating affect bacterial and viral infections differently?

The immune system’s early defenses are relatively nonspecific – they can be thought of as grenades rather than sniper rifles. Because of this, the immune system can damage other parts of the body in an effort to clear the infection. To defend against this, tissues in the body have mechanisms to detoxify or resist the toxic agents the immune system uses to attack invaders. The ability of tissues to do this is called tissue tolerance.

In our recent study, we found that tissue tolerance to bacterial and viral infections required different metabolic fuels.

Ketone bodies, which are a fuel made by the liver during extended periods of fasting, help to defend against collateral damage from antibacterial immune responses.

In contrast, glucose, which is abundant when eating, helps to defend against the collateral damage of an antiviral immune response.

What does this mean for humans?

It’s too early to say.

The bottom line is that mice are not people. Many promising treatments in mouse models have failed to translate into people. The concepts we’ve discussed here will need to be confirmed and reconfirmed many times over in humans before they can be applied.

But this study does suggest how we should think about our choice of food during illness. Until now, nutrition selection, especially in the setting of critical illness, was arbitrarily chosen, and mostly selected based on the type of organ failure that the patient had.

Our studies would suggest that what may matter more in selecting nutrition for critically ill patients is what kind of infection they have. As for less serious infections, our work suggests that what you feel like eating when you don’t feel well may be your body’s way of telling you how best to optimize your response to the infection.

So maybe this is what Grandma meant when she told you to “starve a fever, stuff a cold.” Maybe she already knew that different infections required different kinds of nutrition for you to get better quicker. Maybe she knew that if you behaved a certain way, honey tea was best for you, or chicken soup. Maybe Grandma was right? We hope to find out as we work to translate this research to humans.