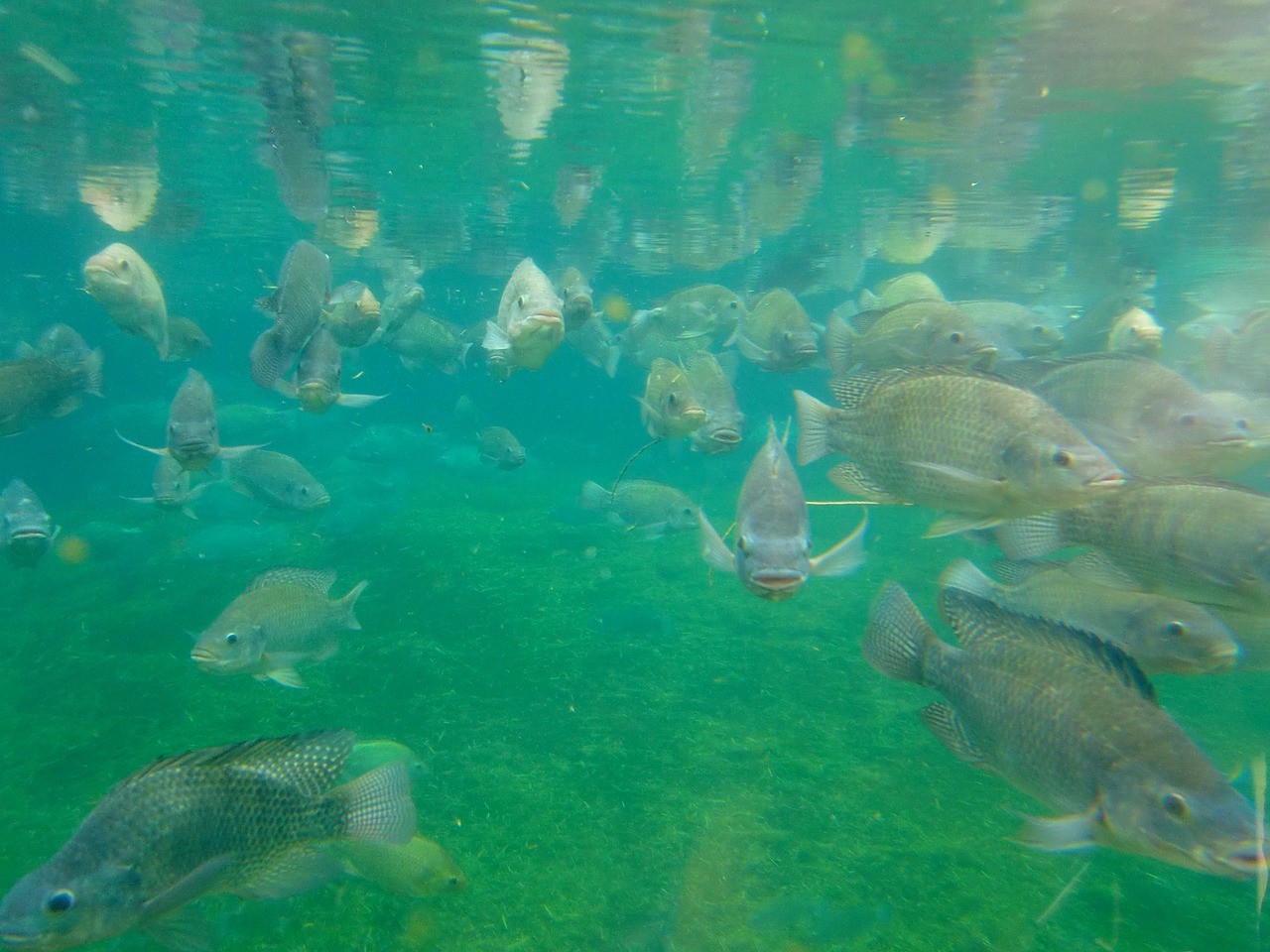 A large portion of the seafood consumed in North America is farmed. But the food those fish eat increasingly includes more crop-based ingredients, like corn, soy, and wheat.

Until recently, this manufactured feed was typically composed of high levels of fishmeal and fish oil derived from wild fish—but it has become unsustainable to catch more wild fish to feed growing numbers of farmed fish.

The shift has been hailed by some as a positive change in light of the increasingly depleted oceans and the rapidly expanding aquaculture industry. But the shift may have some unintended consequences, experts say.

“Farmed fish get their health-promoting omega-3 fatty acids, EPA and DHA, from their feed, and specifically from fish oil,” says study leader Jillian Fry, a faculty member at Johns Hopkins Bloomberg School of Public Health. “Our review found that increasing plant-based ingredients can change the fatty acid content in farmed fish, which can affect human nutrition.”

Using vegetable oils instead of fish oil also changes the fatty acid content of fish and nutritional value for human consumption, the researchers say. Considering Americans are encouraged to consume seafood high in omega-3 fatty acids, which promote improved cardiovascular health and neurodevelopment, this has large implications for dietary recommendations and the aquaculture industry.

Fry and colleagues reviewed aquaculture and public health literature, and conducted a new analysis to estimate the environmental footprint for the top five crops used in commercial aquaculture feed. But they say more research is needed to better understand the effect.

While fish-based ingredients are seen as acutely limited, so are the resources such as land, water, and fertilizer used to produce feed crops. Aquaculture’s environmental footprint likely now includes increased nutrient and pesticide runoff from the industrial crop production needed to supply fish food. This runoff is a key driver of water pollution globally, and can negatively impact public health.

Depending on where and how feed crops are produced, plant-based fish feed could be indirectly linked to negative health outcomes for agricultural workers and nearby communities due to exposure to air, water, or soil contaminated by nutrients and/or pesticides.

“Currently, only a small fraction of terrestrial agriculture is used to feed farmed fish. However, the aquaculture industry is growing rapidly. A clearer picture is needed of where and how these crop-based feed ingredients are produced so we can assess the implications of this growing industry for agriculture and the environment,” says Graham MacDonald, an assistant professor of geography at McGill University.

Fry says these new findings may raise more questions than they answer.

“The nutritional content of farmed fish should be monitored,” Fry says. “The aquaculture industry should assess the environmental footprint and public health impacts of their crop-based feed ingredients and seek those produced using sustainable methods.”

The findings appear in the journal Environment International.

Source: Republished from Futurity.org as a derivative work under the Attribution 4.0 International license. Original article posted to Futurity by Cynthia Lee-McGill.