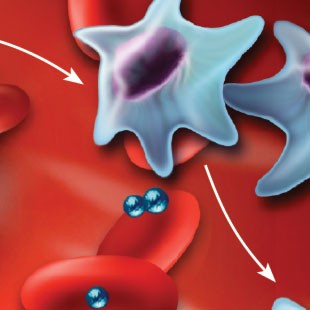 We’re outnumbered by bacteria, viruses, parasites and fungi that can make us ill. And the only thing standing between them and our devastation is our immune system.

The immune system does such a good job most of the time that we only really think about it when things go wrong. But to provide such excellent protection against a whole host of pathogens, our immune system must constantly learn.

Parts of the whole

The immune system is made up of two equally important parts: innate immunity and adaptive immunity.

Innate immunity rapidly responds to invaders; innate immunity cells deal with more than 90% of infections, removing them within hours or days. These cells recognise invaders by looking for broad shared patterns, such as common molecules on the surface of most bacteria. They might look for lipopolysaccharides (LPS), for instance, a molecule found in many bacterial cell walls.

When the innate response fails to fend off an invasion, the invaders are handled by adaptive immunity. Instead of broad patterns, each adaptive cell sees a very specific pattern. This could be one particular protein on the surface of a virus or bacteria.

When adaptive immune cells recognise an invader, they replicate so they form an army to kill it. This very specialised process can take a week the first time we’re infected by a new invader. If we’re exposed to a flu virus, for instance, only the small number of adaptive cells that can randomly recognise flu viruses are activated to remove infection, which is why it takes time to fight it off.

After an invader is removed, the adaptive cells that recognised it are kept, as specialised “memory cells”. If we see the same invader again, those cells can respond before we get ill. This is how the adaptive immune system learns.