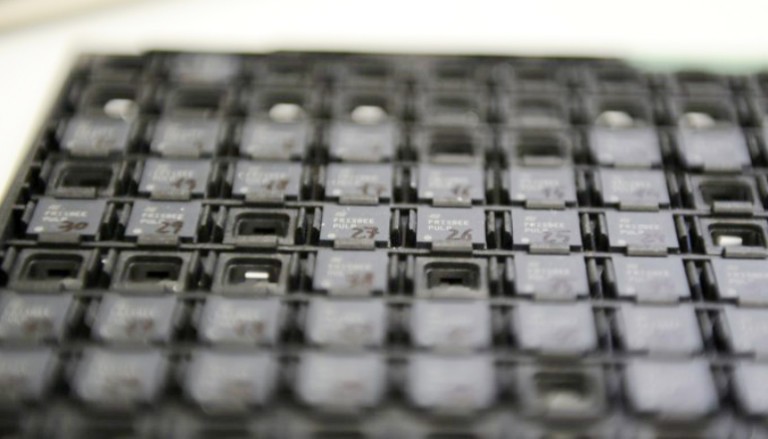 Software source code and hardware designs tend to be closely guarded trade secrets. But researchers recently made the full design of one of their microprocessors available as an open-source system.

Luca Benin, a professor at ETH Zurich involved with the project, says making the system open source maximizes the freedom of other developers to use and change the system. “It will now be possible to build open-source hardware from the ground up.

“In many recent examples of open-source hardware, usage is restricted by exclusive marketing rights and non-competition clauses,” adds Benini. “Our system, however, doesn’t have any strings attached when it comes to licensing.”

The arithmetic instructions that the microprocessor can perform are also open source: The scientists made the processor compatible with an open-source instruction set developed at the University of California in Berkeley.

The new processor is called PULPino and it is designed for battery-powered devices with extremely low energy consumption (PULP stands for ‘parallel ultra low power’).

These could be for chips for small devices, such as smartwatches, sensors for monitoring physiological functions (that can communicate with a heart rate monitor, for instance), or sensors for the Internet of Things.

Benini offers an example from the research currently underway in his lab: “Using the PULPino processor, we are developing a smartwatch equipped with electronics and a micro-camera. It can analyze visual information and use it to determine the user’s whereabouts.

“The idea is that such a smartwatch could one day control something like home electronics.”

You can download the entire source code, test programs, programming environment, and even the bitstream for the popular ZEDboard for free at www.pulp-platform.org/.

Source: Republished from Futurity.org as a derivative work under the Attribution 4.0 International license. Original article posted to Futurity by Fabio Bergamin-ETH Zurich.