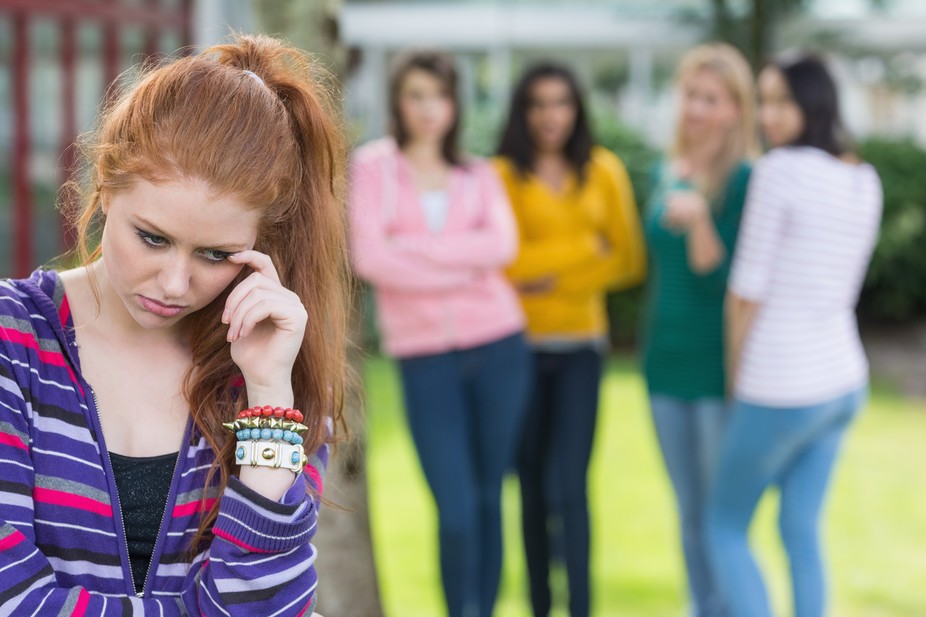 As students across the country zip up their backpacks and get on the bus for the first day of school, many will have more to focus on than memorizing their new schedules or making it to homeroom on time.

For some, the chief concern will be avoiding the bullying and harassment that follow from class to class, through the hallways or into locker rooms.

Although federal data indicate rates of bullying have decreased over the past decade, bullying remains a significant issue. One in five students still reports being bullied at school.

Tragically, being bullied is associated with higher rates of anxiety disorders, depression and poor academic performance as well as suicide, suicidal attempts and suicidal thoughts. Students who are bullied for their actual or perceived sexuality or gender expression (that is, victims of homophobic bullying) are more likely than students who are bullied for other reasons to experience depression and suicidal thoughts.

In some ways, this may explain why LGBTQ students report rates of attempted suicide two to seven times that of their heterosexual peers.

So, what can be done about this?

One promising solution is the establishment of gay-straight alliances in schools.

What are gay-straight alliances?

The earliest gay-straight alliances emerged in Massachusetts in the late 1980s when students and teachers at three different private schools began to hold meetings between LGBTQ and straight students.

Today, there are over 4,000 local chapters of gay-straight alliances, officially registered with the Gay Lesbian and Straight Education Network, illustrating their popularity in addressing homophobic bullying in the United States.

Students meet to socialize, watch movies, discuss social issues, and plan dances and events for their school. They also organize advocacy initiatives such as the Day of Silence and No Name Calling Week, that bring attention to anti-LGBT bullying and harassment in schools.

The promise of gay-straight alliances

Considering the high risk that LGBTQ students face for being bullied, harassed, or victimized at school, we sought to determine whether gay-straight alliances were associated with lower rates of homophobic bullying.

We believed our partnership was perfect to explore this question: One of us (Robert) is a former high school teacher and gay-straight alliance advisor, and the other (Heather) is a sociologist who studies gender and sexuality. Together, we wanted to explore the existing research on gay-straight alliances to determine if there were any uniform findings that could be important for policymakers and school leaders.

We combined and analyzed data from approximately 63,000 adolescents who participated in 15 independent studies about their experiences with gay-straight alliances and bullying.

Interestingly, in our analysis, we did not distinguish between gay-straight alliance members and nonmembers. That means LGBTQ students may derive the potential benefits of having a gay-straight alliances at their school regardless of whether they participate in these clubs themselves.

Regardless, it is heartening to know that all LGBTQ students could benefit from gay-straight alliances.

Importantly, our research is consistent with the existing body of literature around bullying. Our findings indicating that gay-straight alliances are associated with lower rates of bullying are right in line with previous evaluations of general anti-bullying programs that do not specifically target homophobic bullying.

That means that gay-straight alliances, which are student-initiated, student-run organizations that require little funding beyond an advisor’s stipend, may promote benefits similar to those derived from outside programs that can require considerable funds and resources to implement.

Despite the promise of gay-straight alliances as a potential solution to homophobic bullying, there are obstacles to the establishment of these clubs. In some cases, students’ attempts to establish gay-straight alliances in their schools have been thwarted by opposition from parents or school administrators who believe these clubs are inappropriate for adolescents – or even that they impose a gay agenda on students.

In spite of these challenges, we find it powerful to know that one of the most effective weapons in the fight to stop LGBTQ bullying is simple: youth coming together to talk, laugh and share their lives.