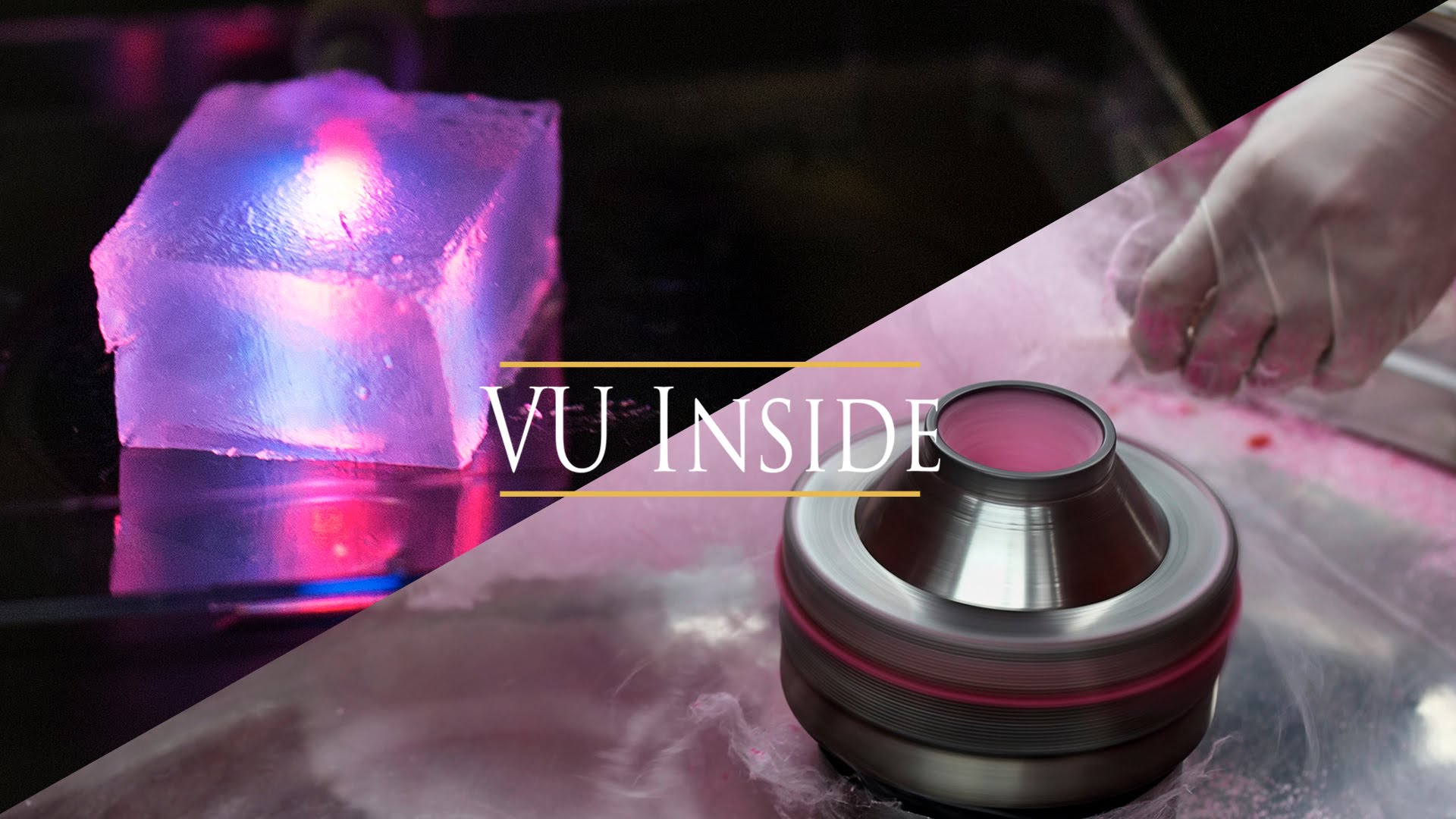 For several years, Leon Bellan has been tinkering with cotton candy machines, getting them to spin out networks of tiny threads comparable in size, density, and complexity to the patterns formed by capillaries—the tiny, thin-walled vessels that deliver oxygen and nutrients to cells and carry away waste.

His goal has been to make fiber networks that can be used as templates to produce the capillary systems required to create full-scale artificial organs.

In an article published in Advanced Healthcare Materials, Bellan and colleagues report they have succeeded in using this unorthodox technique to produce 3D artificial capillary system that can keep living cells viable and functional for more than a week—a dramatic improvement over current methods.

“Some people in the field think this approach is a little crazy,” says Bellan, , assistant professor of mechanical engineering at Vanderbilt University. “But now we’ve shown we can use this simple technique to make microfluidic networks that mimic the three-dimensional capillary system in the human body in a cell-friendly fashion.

“Generally, it’s not that difficult to make two-dimensional networks, but adding the third dimension is much harder; with this approach, we can make our system as three-dimensional as we like.”

Many tissue engineering researchers, including Bellan, are currently focusing their efforts on a class of materials similar to hair gel—water-based gels called hydrogels—and using these materials as scaffolds to support cells within 3D artificial organs.

Hydrogels are attractive because their properties can be tuned to closely mimic those of the natural extracellular matrix that surrounds cells in the body. Unlike solid polymer scaffolds, hydrogels support diffusion of necessary soluble compounds; however, oxygen, nutrients, and wastes can only diffuse a limited distance through the gel.

As a result, cells must be very close (within the width of human hair) to a source of nutrients and oxygen and a sink for the wastes they produce, otherwise they starve or suffocate.

So, to engineer tissues that have the thickness of real organs and keep cells alive throughout the entire scaffold, the researchers must build in a network of channels that allow fluids to flow through the system, mimicking the natural capillary system.

There are two basic methods that researchers use to create artificial capillary systems: bottom-up and top-down.

Read on to learn about these methods and which of them that Bellan has chosen for his work and to watch a great interview him and his colleagues.