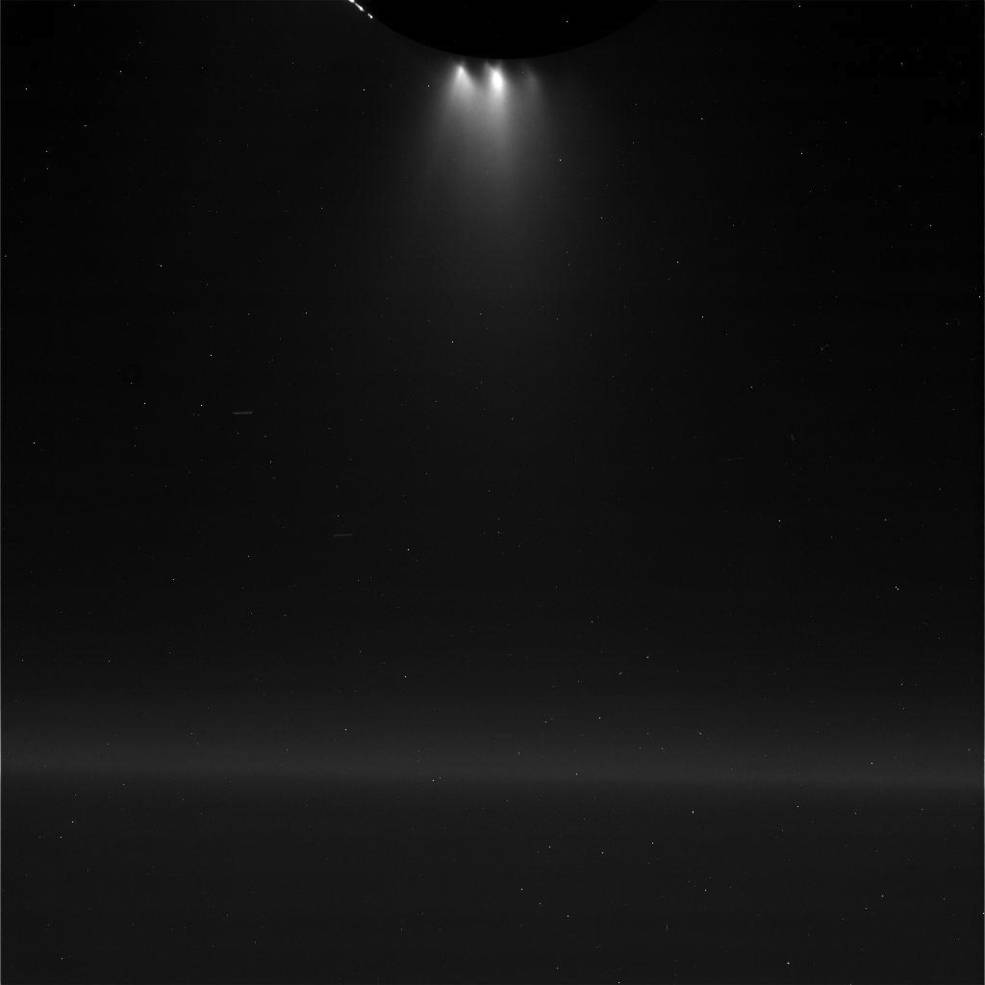 NASA’s Cassini spacecraft successfully flew through the south pole geysers on Enceladus at an altitude of 30 miles on October 28th, and is now transmitting back stunning photos of the dramatic event. While the photos are amazing, the more exciting science is yet to come, according to NASA scientists, since other instruments onboard Cassini were used to take samples of the ice plumes.

A fantastic article on the NASA website chronicles the Cassini happenings:

NASA’s Cassini spacecraft has begun transmitting its latest images of Saturn’s icy, geologically active moon Enceladus, acquired during the dramatic Oct. 28 flyby in which the probe passed about 30 miles (49 kilometers) above the moon’s south polar region. The spacecraft will continue transmitting its data from the encounter for the next several days.

“Cassini’s stunning images are providing us a quick look at Enceladus from this ultra-close flyby, but some of the most exciting science is yet to come,” said Linda Spilker, the mission’s project scientist at NASA’s Jet Propulsion Laboratory in Pasadena, California.

Researchers will soon begin studying data from Cassini’s gas analyzer and dust detector instruments, which directly sampled the moon’s plume of gas and dust-sized icy particles during the flyby. Those analyses are likely to take several weeks, but should provide important insights about the composition of the global ocean beneath Enceladus’ surface and any hydrothermal activity occurring on the ocean floor. The potential for such activity in this small ocean world has made Enceladus a prime target for future exploration in search of habitable environments in the solar system beyond Earth

You can see more of the “raw” images from Cassini on the mission website at: http://saturn.jpl.nasa.gov/mission/flybys/enceladus20151028, and you can learn more from the excellent article on the NASA website as well.