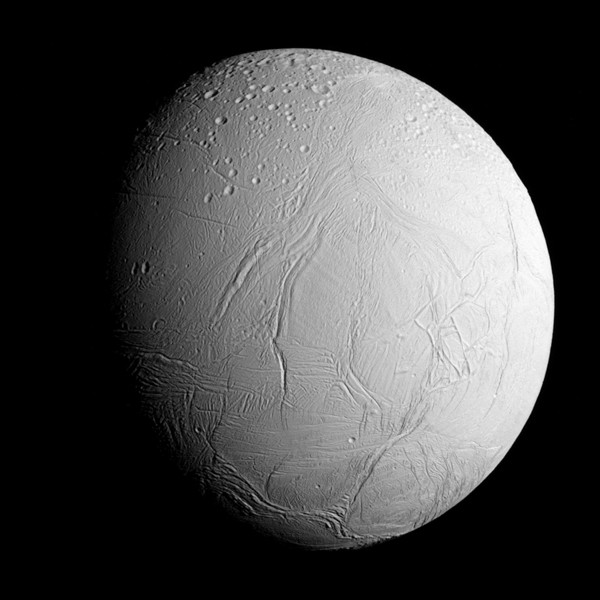 NASA’s Cassini spacecraft has now completed its series of close flybys of Saturn’s geyser moon, Enceladus, and has sent an amazing array of astounding images back from her adventures.  And those adventures have been incredible, including an approach to the planet came within just 30 miles of the surface of this moon, flying through Enceladus’ unexpected geysers, which have earned it the nickname “the ocean moon.”

Here, courtesy of NASA, we present you with 5 of the most breathtaking images that Cassini has beamed to Earth so far.

NASA’s Cassini spacecraft paused during its final close flyby of Enceladus to focus on the icy moon’s craggy, dimly lit limb, with the planet Saturn beyond.

Layers can be seen in the high hazes of Saturn’s upper atmosphere, in the gradient that separates the planet from space.

Next, check out a close-up of the frozen fractures on Enceladus’ surface….