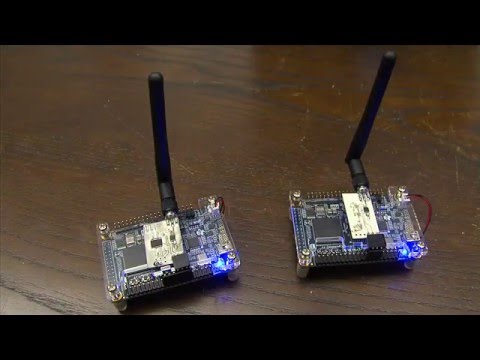 Wi-Fi is everywhere—invisibly connecting laptops to printers, allowing smartphones to make calls or stream movies without cell service, and letting online gamers battle it out. That’s the upside.

But there’s a downside, too: Using Wi-Fi consumes a significant amount of energy, draining the batteries of all those connected devices.

“We wanted to see if we could achieve Wi-Fi transmissions using almost no power at all,” says coauthor Shyam Gollakota, assistant professor of computer science and engineering at the University of Washington. “That’s basically what Passive Wi-Fi delivers. We can get Wi-Fi for 10,000 times less power than the best thing that’s out there.”

“WE WANTED TO SEE IF WE COULD ACHIEVE WI-FI TRANSMISSIONS USING ALMOST NO POWER AT ALL.”

Passive Wi-Fi can for the first time transmit Wi-Fi signals at bit rates of up to 11 megabits per second that can be decoded on any of the billions of devices with Wi-Fi connectivity. These speeds are lower than the maximum Wi-Fi speeds but 11 times higher than Bluetooth.

Aside from saving battery life on today’s devices, wireless communication that uses almost no power will help enable an “Internet of Things” reality where household devices and wearable sensors can communicate using Wi-Fi without worrying about power.

To achieve such low-power Wi-Fi transmissions, researchers essentially decoupled the digital and analog operations involved in radio transmissions. In the last 20 years, the digital side of that equation has become extremely energy efficient, but the analog components still consume a lot of power.

The Passive Wi-Fi architecture assigns the analog, power-intensive functions—like producing a signal at a specific frequency—to a single device in the network that is plugged into the wall.

An array of sensors produces Wi-Fi packets of information using very little power by simply reflecting and absorbing that signal using a digital switch. In real-world conditions, researchers found the passive Wi-Fi sensors and a smartphone can communicate even at distances of 100 feet between them.

“All the networking, heavy-lifting, and power-consuming pieces are done by the one plugged-in device,” says coauthor Vamsi Talla, an electrical engineering doctoral student. “The passive devices are only reflecting to generate the Wi-Fi packets, which is a really energy-efficient way to communicate.”

Because the sensors are creating actual Wi-Fi packets, they can communicate with any Wi-Fi enabled device right out of the box.

“Our sensors can talk to any router, smartphone, tablet, or other electronic device with a Wi-Fi chipset,” says coauthor and electrical engineering doctoral student Bryce Kellogg. “The cool thing is that all these devices can decode the Wi-Fi packets we created using reflection so you don’t need specialized equipment.”

The technology could enable entirely new types of communication that haven’t been possible because energy demands have outstripped available power supplies. It could also simplify our data-intensive worlds.

For instance, smart home applications that use sensors to track everything from which doors are open to whether kids have gotten home from school have typically used their own communication platforms because Wi-Fi is so power-hungry.

“Even though so many homes already have Wi-Fi, it hasn’t been the best choice for that,” says coauthor Joshua Smith, associate professor of computer science and engineering and of electrical engineering. “Now that we can achieve Wi-Fi for tens of microwatts of power and can do much better than both Bluetooth and ZigBee, you could now imagine using Wi-Fi for everything.”

The researchers will present a paper describing their results in March at the 13th USENIX Symposium on Networked Systems Design and Implementation. The National Science Foundation, the University of Washington, and Qualcomm funded the work.

Republished from Futurity.org as a derivative work under the Attribution 4.0 International license. Original article posted to Futurity by Jennifer Langston-Washington.